Business School Admissions: The uphill climb to success on the GMAT 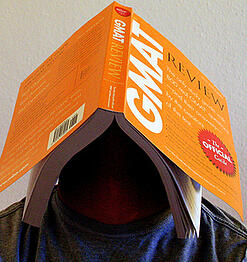 The GMAT, for many test takers, poses a major challenge on the route to business school admissions. If you’re feeling bummed out by your first attempt at a high score on the test and didn't do as well as you hoped (in spite of months of standardized test preparation), remember that the GMAT is hard for most test takers.

Why is the GMAT such a beast?

Now, you’ve taken the GMAT once and came away unhappy with your score. So, what can you do now?

1. Remember that it’s OK to take the GMAT more than once. It’s not fun to sit for a 3+ hour test, but the experience of having taken the test once will actually help you the second time around.  (Keep in mind that many students take the GMAT multiple times).

2. Understand how this first score fits into the bigger picture of your test prep:

3. Set a second, realistic test date in the future. You can only take the GMAT once a calendar month, so that will build in a break between sittings. Make sure, though, that you aren’t personally rushing into the next test date. Allot yourself sufficient time to be as prepared, and confident, as possible heading into the test. (Review the application deadlines for your target schools and work backwards from there).

4. Take some time off from studying.  A short vacation from the GMAT will allow you to let go of the disappointment or anxiety that resulted from your first try. Forget about the test for a few days, reset your study schedule and dive back in once you’re feeling refreshed.

5. Finally, maybe you should consider taking the GRE instead. Take a practice test to see how you do on the GRE. All that GMAT test prep will actually contribute to your success on the GRE, so it won’t have gone to waste. Check out this blog post and this article to learn about how GRE and GMAT scores are considered in business school admissions decisions.

If you’ve read through this blog post, then you probably fall into the category of test takers described in #4 above (i.e. you deserve a short rest from the GMAT!).

For the next few days, do anything but think about the test: read a good book, go to the beach, see a couple movies, whatever makes you happy.  Remember that having taken the GMAT once will only improve your chances the next time around!