Should I Take the Chinese SAT II Subject Test? 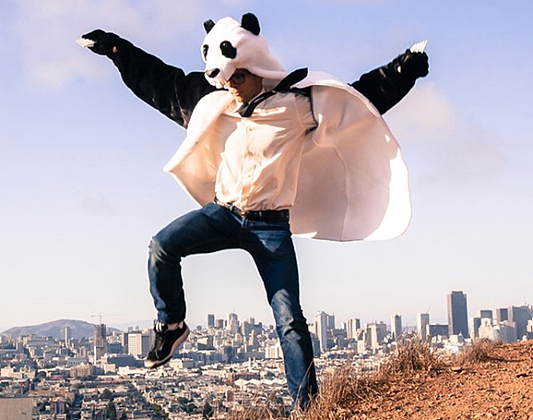 If the panda is your spirit guide, read on.

In general, you want your college application portfolio to be a combination (like any good investment portfolio) of high-risk, high-return investments, and low-risk, low-return ones. For most people, unfortunately, the Chinese SAT II Subject test is high-risk, with low return—and that's just bad investing.

When I was in high school, I'm not even sure there was a Chinese SAT II Subject Test. Certainly, my high school—which offered Japanese, German, Italian, Greek, and Latin in addition to French and Spanish—didn't have a Chinese class. But like many other schools around the country, however, it's got one now.

This is because there the West has, in the last ten years, developed a mania for learning Chinese (and I should be clear: I'm only speaking of Mandarin, the language of Taiwan and Mainland China, not Cantonese, which is spoken in Hong Kong and parts of Southern China, and which is even more complex and forbidding. Very few people learn Cantonese). Seemingly from infancy, children are told—no, warned with a mixture of mistrst and alarmism to learn Chinese, because “we'll all be speaking it some day,” or because “it will help you get a job when you graduate college in fifteen years.” I've blogged about this before, but while there are many reasons to learn Chinese—I myself spent five years doing so, for no real reason other than morbid interest—OMG TEH JOB MARKET is not one of them.

For one thing, it takes years of serious, grinding effort to attain the level of Chinese fluency (and literacy) that one needs to perform even the most simple business operations in China; to get a job that actually makes use of your Chinese takes much longer. And then, even if you do get to that lofty linguistic peak, you will only find that you've been whooped by a Chinese person who has been studying English for twice as long, and will work for twice as cheap. Simply put, studying Chinese is not essential to your or your child's future career. 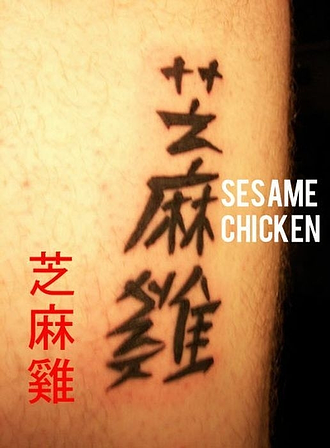 Chinese is hard.  Just ask this guy, who probably thought he was getting his girlfriend's name tattooed on his leg.

But that's not what I'm here to talk about today.

Like I said, in the past ten years, the number of American students studying Chinese has exploded, fully doubling since 2003, the year I graduated from high school. The number of American students who study abroad in China has nearly quintupled in the last ten years. One side effect of this is that Chinese is now seen as a major feather in one's cap on college applications. And I don't want to pour water on that flame; studying Chinese, especially if you can demonstrate an interest in the country and culture, too (definitely consider a summer language program—it's not just good application strategy, it's essential to learning the language), does show colleges that you are game enough to take on the torment of this language. And one of the questions that we get at Cambridge Coaching all the time is, “Should I take the Chinese SAT II?”

Most of the time, the answer is: NO. Because for the vast majority of potential test-takers, it's a lose-lose situation, and therefore bad application strategy.

Some numbers, for context:

So why is this?

The answer is, simply, the majority of students who take this test are heritage speakers—people who speak Mandarin at home, or were even born in China. Most non-Chinese students do not learn enough Chinese in high school to even crack 700 (the 13th percentile!), because the test is actually remarkably hard. Why? Because for a long time, only Chinese-heritage students took the test at all. In fact, there are virtually no materials published on it—the only book I've ever found to teach from was published by the Northern Californian Association of Chinese Schools: in other words, moms writing questions on weekends. This caused the test to become increasingly geared toward those students, which puts non-native speakers at a disadvantage, because it makes the test a much higher bar to clear. At the same time, it puts American-born Chinese students (who may very well not speak the language at home) at an even bigger disadvantage, because when the college sees a Chinese name on an application, it will expect a perfect 800 (the grade gotten by over a third of takers). And then the kicker is, if you have a Chinese last name and you do get the 800, then they're still not impressed, because of course you did, you speak fluent Chinese! The assumption of perfection causes perfection to lose its luster, and to make anything less than perfection appear like failure. This type of lose-lose scenario is one you don't want to come anywhere near when you are applying to college.

Should I take the test?

Q: “My parents emigrated from China, and I was born in Tuscon. At home, by and large, my parents speak Chinese to me, and I speak English back to them. I went to Chinese school, but I'm not really a native speaker. But I'm really into learning the language, and I am willing to put in the effort to do well on the test. I think that taking the Chinese SAT II will show the colleges I'm in touch with my heritage. Should I take the test?”

A: Probably not, sorry. In general, you would be better off focusing your energies on a different subject test, one where the colleges assume you challenged yourself. The deck is stacked against you here—it's not fair, and maybe even a teensy bit biased, but that is the reality at present.

Q: “I was born in China, came over when I was young, and I speak Chinese at home. I would definitely get an 800 on this test. Should I take it?”

A: No, because what good is it, then? Instead of impressing colleges with your diverse interests and strengths, all you've shown them is that you like to take the easy road. Don't take it.

Q: “I am not Chinese, and I've been studying it for a long time. My tones are still pretty shaky and stuff, and I still rely on Pinyin sometimes. I'm mostly studying Chinese because I needed to pick a language, and I figured this would be the most useful in terms of my future career. I haven't really done much in terms of studying Chinese culture or history, though. Should I take the test?”

A: No. You're not going to do well (there's no pinyin on this test), and because you have no real interest in China itself, you aren't selling yourself to schools as a potential East Asian Studies major, so there's no need to break your neck trying to get through this test.

Q: “I'm not Chinese, but I am really interested in China. I've been studying it for years, I've gone (or will be going) to China to do a summer language program, and I would like to be an East Asian studies major, or at least a minor. I read characters okay, and though my pronunciation is not amazing, I understand pretty well. I think I could crack 700.”

A: Give it a shot. You have a clearly demonstrated passion for Chinese history and culture, so this could be an intergral part of an application presenting yourself as a potential East Asian studies major. You language proficiency is high enough that you might place into second-year Chinese in freshman year. No one expects you to get a perfect score, but a 700 is respectable, and shows that you are a superior Chinese speaker than your (non-native) competition. Just make sure you take the test as soon after your return from China as possible; that way your Mandarin won't have had a chance to rust over.

So who should take the test, Mr. Debbie Downer?

In short, if you are not ethnically Chinese, are sincerely interested in China itself, have a knack and passion for the language, and think you'll do well, I say go for it.

If you aren't these things, however, I hate to say it, but you should probably give this one a pass. It is not an important test (i.e. colleges will not care if you don't take it), and if anything, it's a bit of a racket for the college board. The simple truth is, it's not a great test, it's not necessary, and there are better things you can do with your time.