College Application Consultant: Should I Care About College Rankings? 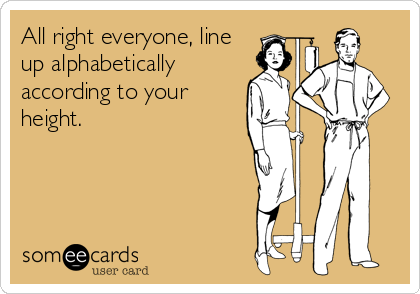 A quote from the great Yankee manager, Casey Stengel, who was, strangely, trying to describe the college ranking system.

Each year, U.S. News and World Report—which some of us are old enough to remember as being an actual news and/or world report magazine, not just a rankings company, and now we feel the weight of our years—releases its National University rankings. These rankings, which are based on a number of quantifiable factors, are enormously influential. The problem with them is, they create a lot of bad incentives, which wind up penalizing applicants—the very people they’re supposed to help—most of all.  As an admissions consultant, I get a lot of questions about college rankings.  Today, I’d like to help clear some of them up.

What factors do they base the rankings on?

There are a wide number of metrics, including graduation rates, interviews, class rankings of incoming freshmen, and more, but some of the most important factors include:

Was that confusing enough?  Well, good news—if you can follow that, you’re going to be great at the LSAT someday.  To make it simpler, I’ll borrow a structure from the old SAT—the analogy: the U.S. News rankings are to good science what homeopathic remedies are to antibiotics.  They’re useless at best, and harmful at worst.

But that doesn’t mean they’re wrong.

No one in his right mind would claim that Washington University in St. Louis (#14, and not just a great school, but your blogger’s father’s alma mater) is a better school than Princeton (#1).  It’s simply not—it hasn’t got the resources, the campus options, the access to professors, or the ultra-elite student body that Princeton does.  Are the traditional top three schools in America (Harvard, Yale, Princeton, in revolving order) indeed the best schools?  Yes.  Likewise the top three liberal arts colleges, as named by U.S. News (Amherst, Williams, Swarthmore). Of course, it is silly to insist that college is purely about education; it is also the most potent cultural signaling device in America--it allows people to tell an enormous amount about you (however accurately) from just one data point.  In this sense, does a graduate of Yale have an initial advantage over a graduate of Wash U?  We have to assume the answer's Yes.  But not only does that advantage diminish seriously when you get outside the top ten schools (none of which have much of an advantage over one another, except for maybe MIT), there is a growing body of research suggesting that, all other factors (like family income) being equal, graduates of "selective" colleges do not earn significantly more than graduates of "less selective colleges. (NB: this does not apply to students from disadvantaged backgrounds, for whom attending an elite school makes a major difference in post-graduation income).

And furthermore, the jockeying for first place, which drives schools to be ever-more exclusive, is absurd: if you go to Yale, no employer is ever going to look at your resume and say, “boy, you look great, but so does this other guy, but you know, the year you went to Yale, it was number #3, and this guy went to Princeton when it was number #1, so my hands are pretty much tied.”  Obviously, this is ridiculous.  And even outside of the top three, a five- or even ten-place difference is virtually meaningless.  Ivy League or not (another way overhyped concept), Dartmouth (#10) is not twice as good a school as Georgetown (#20).  In fact, they’re just about identical.

But the main problem with these rankings isn’t just that they create warped incentives, or create artificial distinctions.  It’s that they are totalizing—in other words, they look at the entire university.  But here’s the secret: no one ever uses the entire university.  No one.  Everyone specializes, everyone finds his or her passion. I’m not being moony here; the truth is that what is important for you, as an applicant, is not the overall level of the school (or the yield, or the average SAT score), it’s the school’s strength in the specific things you want to do.  Sure, Duke is #7, but what if you want to study theater?  You’ll do a heck of a lot better at Northwestern (#12).  Interested in government and political science?  American University (#75!) will be more useful to you than Boston College (#31).

The college application process is sadistic enough.  You don’t need to worry about the rankings.  All you need to worry about is figuring out why you want to go to college—and if you even do!—and then finding the college that best fits you.  After all, that’s what the admissions departments are looking for, too.

And if you need help, consider reaching out to Cambridge Coaching!  Our highly experienced admissions consultants can help you shine a light over the shadowy waters of the college application process.  From test prep to school selection, from interview preparation to helping you prepare the application itself, we know what it takes to get into your top choice—we’ve done it ourselves.