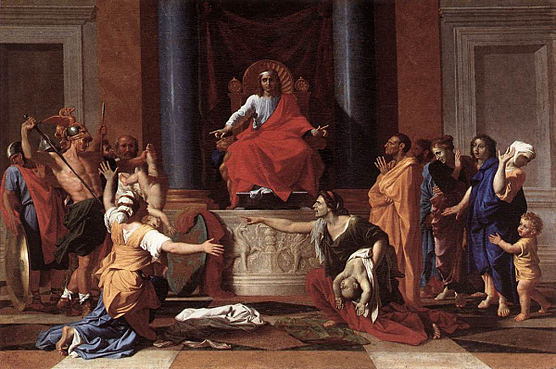 Choosing a college major shouldn't be a Solomonic decision. But sometimes...

Today, Christine, one of our academic tutors, shares the story of how she realized that she'd not only picked the wrong major, she'd picked the wrong path entirely--but instead of giving up or settling, she figured out how to turn the situation to her advantage.

I faced a crisis once in college trying to decide what major to choose.  See, I have an eternal problem of indecisiveness, where I straddle the line and do two things, or want two entrees (dinners can get really expensive sometimes).  When it came to my majors, I couldn’t decide between neuroscience and physics.  Physics was what I really enjoyed from high school, but I would never be able to convince my mother that it was going to lead to a job.  Back then, life sciences were all the rage and she was convinced I would be homeless and jobless if I chose physics.  So, of course I ended up completing both, despite my academic advisor’s suggestion of: “What about biophysics?”  Combining the two would destroy the purity of each, of course.

The funny thing is, after all that agonizing, it turns out that what I am really passionate about are people.  Never mind that physics is stereotypically for those who have pale skin and hiss when struck by sunlight, and that I took more science classes to cover both majors than I care to think about.  This evolution started when I faced a very hard moment in graduate school, sitting in a windowless, cramped room amongst the dusty books of our program’s library, realizing that something was very wrong with the direction I had chosen.  Nevertheless, in the end my heart won out and I worked hard to put people at the center of the projects I would focus on for the next four years.  Yet of course, the indecision remained, and I have still not chosen between studying people to then create great things for them, and connecting with people.

For this, I am glad.  I get to indulge my joy of trying to understand what motivates us, moves us to tears, or drives us crazy, and then invent something with that knowledge.  I also get to connect back to my humble beginnings each and every time I have a student.  I know that I never want to lose the ability to speak to those who are just starting out, as they show us, in some sense, the pulse of the world we will come to see.  So as far as my career goes, as much as my understanding of the nuances of the mind deepens, I will always come back to rich, priceless human conversation.

In the end, perhaps what I am saying is that it’s never too late to discover your “calling”, even if you went all the way to graduate school for something else already.  To speak grandly, these days, I jump out of bed to dive further into the intricacies of being human.  One could actually argue that I simply expanded my fascination with complex systems, fundamental laws, and amazing things in the universe to the capabilities of the human brain.  I love to then bring this curiosity of mine to the table of 1 on 1 tutoring.  In Boston, academic tutoring is actually highly gratifying, because my students are so hard working and intelligent.  Maybe it’s the college town atmosphere, the growing foodie scene, or something else fueling them, but these engaged and interesting individuals are a pleasure to teach.  In this town so privileged to have such high quality educational systems, I hope that someday they pass this legacy on as teachers and tutors in Boston as well.