This week we're spotlighting Sam, the Operations Manager at Cambridge Coaching.  Sam graduated from Wesleyan University in 2015 with a double major in Psychology and Philosophy.  He's now the Operations Manager at Cambridge Coaching, where he monitors our systems, improves general efficiency, and buys tea and snacks for everybody! 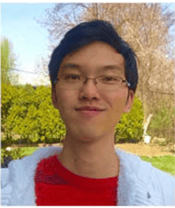 I spent the earlier years of my childhood in the quiet, suburban city of Rancho Palos Verdes, California, and the latter years in China watching as Beijing opened up and became a bustling international city. As a kid and teenager, my world was Veggie Tales and Zoombinis, Animorphs and Pokemon, Dragonlance and Yugioh, LARP and Magic.

I’m in New York, working as Operations Manager at Cambridge Coaching.  I’ve always enjoyed working in driven startup environments with a positive, upbeat culture, and Cambridge Coaching was an amazing place to start.

The COO of Cambridge Coaching, if I stay put! I might also be writing a book, designing a game, founding a startup, or starting my own college – all things I’ve taken the first steps for over the past year or so. It’s never too early to start on anything, nor is it ever too late.

What’s the most memorable thing a student has ever said to you?

Laozi, Jesus, and Socrates. We would start by talking about the food, go into the topic of “what we should eat and why”, and gradually transition into the grand moral discussion of “how should we live our lives.” Assuming that we can magically overcome the language barriers, I’d like to hear what the grandmasters of Taoism, Christianity, and western philosophy would have to say about each other.

What’s something you’ve changed your mind about?

Whether I should eat that chocolate & macadamia nut cookie – usually from a no to a yes.

My habit of writing a journal entry at the end of each day, which I started in 2008 and have been doing ever since. It helps me unload my mind and start each day fresh and anew.

What are 3 non-generic things that you’re grateful for?

What advice would you give your 20 year old self?

Keep doing what you’re doing – you’re on the right track.

If you were to recommend one book, what would it be, and why?

What advice would you give to someone looking to get where you are now?

Keep a daily writing habit. It doesn’t matter what you write about – only that you keep at it every single day for an extended period of time. You’ll start noticing a substantial change starting from your fourth year.

Are you curious about looking at other tutor profiles from our team?  Check out more tutor spotlights below!