Included in this blog post is a very brief overview of the anterior pituitary hormone system, a blank and completed worksheet for learning the names of the hormones and how they fit into the bigger picture, and a brief review of a couple of useful mneumonics.

A (very) brief review of the anterior pituitary hormone system

This mnemonic is also useful because it can help you remember which hormones belong to which class. There are two important classes of hormones: tropic (hormones that act on other endocrine glands) and direct (hormones that act directly on some other, non-endocrine, part of the body). The FLAT hormones are all tropic hormones (you can remember this by picturing a flat, tropical beach) and the PEG hormones are direct (you can remember this because you can picture a peg going directly into a piece of wood). Additionally, the FLAT, or tropic hormones, are often referred to by acronyms (FSH, LH, ACTH, TSH), while the PEG, or direct hormones, are usually referred to by their full names.

Here is a practice worksheet starting with the hormones released by the hypothalamus. Feel free to screenshot these images and print them to practice with! 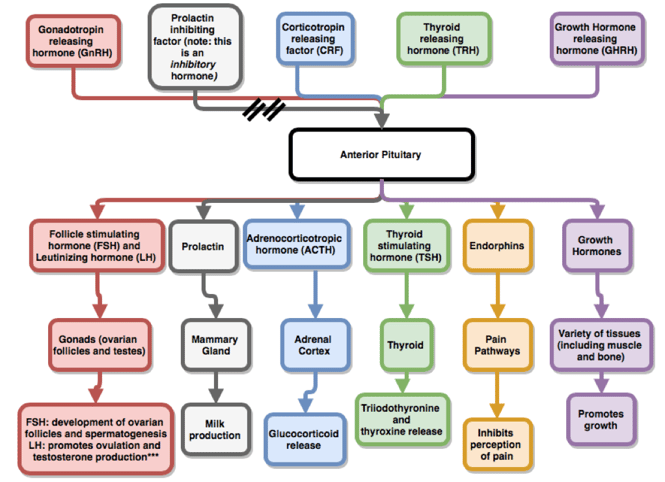 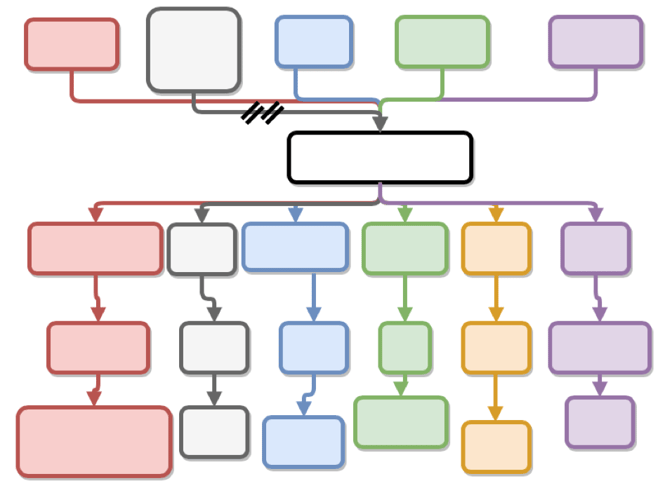 ***FSH and LH serve different functions in men and women

Note: the full pathway for the release of endorphins is too complex to fit into this brief review. For most introductory courses it will be sufficient to know what is included on this chart.

January 25, 2023 How Step 2 is different than Step 1
January 9, 2023 Demystifying Anki: why and how to use it
January 2, 2023 Understanding stem cells
November 28, 2022 How to prepare for the Texas Medical & Dental Schools Application Services
November 4, 2022 How to ace medical school interviews
October 21, 2022 Perfect your practice: MCAT edition
October 12, 2022 How to make your AMCAS experience descriptions more memorable
September 12, 2022 Finding your why for your medical school statement
August 26, 2022 Demystifying MCAT physics
August 22, 2022 How to answer the “why medicine” question
See more posts
navigate_beforeEdit Filters closeClose
Clear Tags closeClose