How to study for the LSAT without burning out 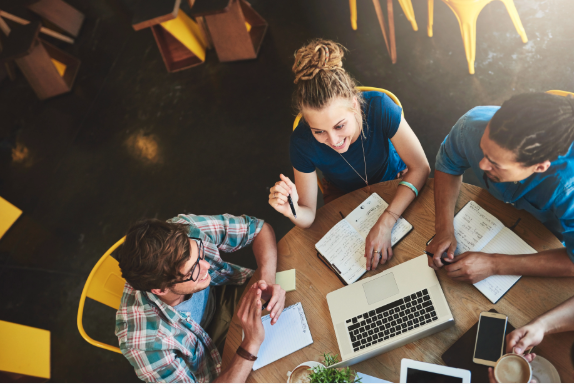 I, like many aspiring law students, knew I was on a law school trajectory quite a while before I applied. I knew that a good LSAT score would make a huge difference in my life. I wanted to set myself up for success, but I definitely didn’t want to start studying LSAT textbooks. Instead, I loosely “studied” for the LSAT for about a year by doing parallel activities that improved my LSAT skills. I ultimately settled down with a 10-week study program before my official LSAT. While this may not be the right choice for everyone, it really worked for me. Being able to weave studying into my own timeline while I worked full-time allowed me a nice work-study-life balance that not all of my friends achieved.

To get my feet wet early on, I took a practice LSAT about a year prior to when I intended to take an official LSAT. There are a few free LSATs online, and you can purchase many more LSATs in volumes of ten. At the end of my year, I had gone through most portions of 40-50 LSATs.

Start with a practice test

The week before I took the LSAT, I was scoring perfect 180s in my practice tests, but because I’d never stepped foot in a testing room before, there were a few environmental changes that I think threw me off of my game. While I’m happy with my 175, I definitely recommend taking at least a couple of practice tests at testing centers that offer them.

Then, Move to Logic Games (LG)

The general advice is not to start studying for the LSAT with LG because it is the section that can be most easily taught. However, because I started studying so far-out, I started with LG because it was the most fun for me. I bought the PowerScore Bible and Workbook and dozens of older LSATs. I would come home after work and curl up on the couch with some Logic Games. They’re very similar to some of the logic puzzles I would work through as a kid, and I genuinely enjoyed them. As I got better at them, I was excited to solve each puzzle and generally felt empowered to handle LSAT learning. For the better part of six months, I did not time myself, but rather just focused on accuracy. I then started timing myself, and slowly pushed to become faster and faster. When the 10-week intensive period came, I was already making time, and I was able to use the 10-weeks to focus on LR and RC. Because there are so many old LSATs, there was no worry that I would run out of practice examples.

Every time I took a full-length LSAT I would get a rush of adrenaline and of a feeling of happiness when I came to the LG section. My real LSAT had two LG sections, and I couldn’t have been happier.

When I took my first practice LSAT, I did pretty well on LR. As a person with a decade of speech and debate experience, many of the arguments in LR were familiar to me, and I was able to identify the flaws before I looked at the answer sections - something I realized was an inherently valuable skill.

I found a book on logical fallacies designed for high schoolers, and went through it at a leisurely pace. The book was enjoyable and witty, and I quickly became familiar with some common fallacies, such as red-herring, and causation versus correlation – both common and frequent flaws on the LSAT. I also learned more complex and nuanced fallacies such as whole-to-part and statistical fallacies that make up some of the more complicated LSAT questions. I found opportunities to teach this curriculum in my 7th grade debate classroom, and as I equipped my students with valuable logic tools, I also equipped myself for knowledge for the LSAT.

Not everyone has the time or ability to teach logical fallacies to others, but with LR covering 50% of the LSAT, it is a valuable place to spend some extra time if you are looking to do some casual LSAT prep prior to more official prep. The lessons I learned have been valuable life tools that have helped me in a range of settings from friendly debates with friends to combing through cases in law school.

This is the book I used, although I am sure there are many other great options: http://a.co/2TqIngL

This was the least enjoyable section for me. Most of my improvement here came from my 10-week intensive, but before that I did try to weave in reading an Economist or New Yorker article about once a week. This helped with being able to read the denser material that was a part of RC. As a bonus, it also it gave me subject matter to contribute to intelligent conversations with my professors and fellow students after arriving at law school.

These are just some of the ways you can build in LSAT skills into a long-term study plan that can be adapted to life as a college student a working professional or a stay-at-home parent. For me, practicing LG was a lot of fun and a good way to ease myself into the LSAT. Logical fallacies were fun and useful in many other areas of my life beyond the LSAT. Reading complicated and socially relevant material such as the Economist and New Yorker prepared me to tackle RC without being overwhelmed.

June 22, 2022 Tips for a nervous 1L
June 1, 2022 How to deal with test anxiety
April 6, 2022 How to break your LSAT score plateau
October 4, 2021 Another tool for Logical Reasoning: the “assumption” question
October 1, 2021 How to apply to 1L big law positions
September 17, 2021 How to write a diversity statement for law school admissions
September 16, 2021 How to read legal statutes like a lawyer
September 8, 2021 Using test day nervousness to your advantage
September 6, 2021 Don’t be dumb like me: use a hornbook
August 30, 2021 How to improve at LSAT Reading Comprehension
See more posts
navigate_beforeEdit Filters closeClose
Clear Tags closeClose