3 (Surprising) Reasons Why Social Science Prepares You for Medicine 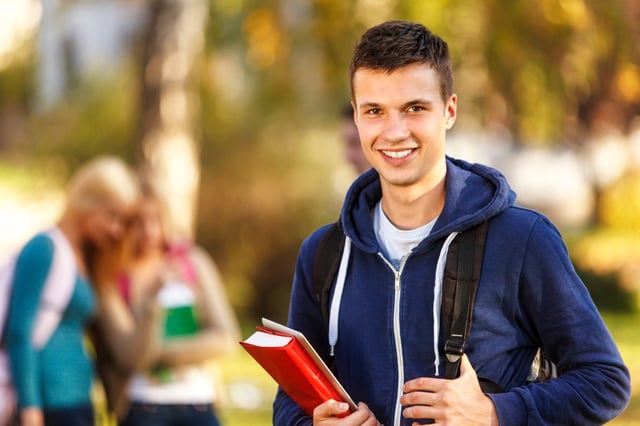 One morning during winter break, as I was sitting on my couch with a mug of coffee in hand, I remember reveling to my mom: “It’s incredible how much majoring in anthropology kept on proving itself useful in medical school.  Who would have known?” In college, I chose to major in a social science, anthropology—surely the less traditional route for students interested in medicine—because I was drawn to the sheer diversity of research areas and the engaging, experience-based fieldwork methods.  Later, I happily discovered that studying anthropology was not only intellectually interesting and exciting but also practically useful in preparing for the MCAT—the CARS section is known to test critical reasoning skills on passages from science, social science, and the humanities, and analyzing plenty of Durkheim, Foucault, Marx, and Weber surely helped me tackle those potentially tough readings.  But how else has studying a social science helped me grow?  Below are 3 important skills in medicine that anthropology helped me hone before even beginning medical school:

As an anthropologist conduc

ting research in the field, it was necessary that I approach strangers who could potentially be my informants (research interviewees) and ask them difficult questions.  I soon realized that I needed to quickly build rapport with them if I wanted them to provide me with valuable, honest information.  After several months of fieldwork, I became adept at making strangers trust me—I became skillful at picking up on conversation topics that would ease interviewees in, became more aware of my body language and tone, and became more sensitive towards how my informants were reacting to my questions or presence.  In medical school, I discovered that these skills are all incredibly important in building a positive doctor-patient relationship.  Establishing rapport at the start of every new patient interaction allows patients to share even the most vulnerable parts of their lives and makes them more likely to follow a doctor’s advice.

One of the most surprising things I realized as an anthropologist was that the questions and hypotheses you bring to the field are oftentimes not the right issues to discuss.  I learned this the hard way—I began my medical anthropology research having read extensively about end-of-life caregiving, but when I began to speak with elderly patients, I discovered that they were more interested in discussing what it meant to be frail.  I picked up on this when my first informants had little to say about death and dying but could talk for hours on elderly dependence, personhood, and dignity with bright eyes.   In medical school, I quickly learned that interviewing patients is an art that similarly requires reading between the lines and intuiting what matters most to our patients.  Being flexible enough to follow those lines of questioning can sometimes make the difference in guiding us to the right diagnosis.

3) Understanding the social context of medicine

Something that the medical profession is becoming increasingly attuned to is the impact of social factors on health.  More and more, doctors are noticing the shocking differences in health outcomes due to racial, socioeconomic, educational, gender, and other disparities.  Many medical schools around the country are incorporating curricula on social medicine, for instance teaching how discrimination and stigma influences access to and utilization of health resources, or shining light on how a problematic set of values govern which areas of medicine receive the most attention.  Thanks to anthropology, I became familiar with many of these issues prior to entering medical school—I had already considered issues like structural discrimination, the advantages and pitfalls of bureaucratic institutions, and the embodiment of poverty or stress.  Having early exposure to these important topics can give us a head start on the path of being more socially aware and responsible physicians.

As you can see, having studied a social science in college was one of the best decisions I’ve made.  I encourage you to consider anthropology, social studies, sociology, or anything that combines qualitative research methods to answer important questions about the world and people around us.  If you do, you might find that it’s an incredible gift that keeps on giving.