An introduction to choice theory: are humans really 'rational actors?' 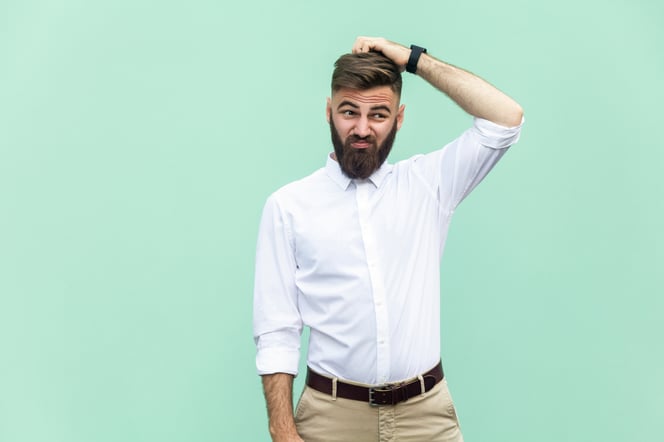 If you are a student of economics, one of the first axioms you are instructed to adapt is that everyone should be considered a “rational actor.” What this means is that all people who take part in economic decisions and transactions are informed by self-interest and do so in a manner that maximizes their potential self-benefit.  This is essential to understanding choice theory.

On its face, this assumption appears fairly obvious. Why wouldn’t anyone act in a way that produces the most benefit for himself? Believing people to be rational actors seems to be a very accurate way to predict human behavior.

However, consider this experiment that my high school economics teacher conducted with my class. 5 volunteers, who had identified that they would like a snack and enjoyed cookies, were called up to the front of the classroom and were randomly placed in a given order. My teacher then took out a bag of Famous Amos mini cookies and explained the rules:

Given the situation and the parameters of the experiment, how might we predict the outcome? Well, if we assume that all the players act rationally and are driven by self-interest, we’d guess that the first person in line would choose the entire bag of cookies and the game would immediately end. As mentioned previously, the volunteers self-identified as cookie lovers and hungry for a snack. It would make sense that the first person would choose to enjoy all 5 cookies, the serving size of the bag.

However, what actually happened was quite the opposite. The first person selected one cookie. The second person in line did the same, as did the third. When the fourth person in line was up, he looked at the last person in line, his friend, and said, “Sorry, but I like cookies more than you,” and selected the last 2 remaining cookies, leaving his friend with t0 cookies to enjoy.

Now, how might we explain the actual outcome of the experiment vs. our predicted outcome? Certainly, traditional economic thinking was bucked in this circumstance. Instead of the first person maximizing his potential payoff, a more equitable payout occurred, sans the 5th person in line. Yet, is it fair to say that the players acted “irrationally?”

First, why might the first player have only taken one cookie? There could be several reasons for this, but an obvious one is that he did not want to feel the burden of depriving the other players of cookies. Understanding that if he took 1 cookie for himself, each of the other players could possibly also receive 1 cookie, he considered “fairness” or “equity” in his decision-making.

The same thinking can be applied to the second and third choosers. The fourth chooser, however, appears to have acted in accordance with self-interest, having selected two cookies, the most he could at the time. Why did he act differently than the other students? Perhaps he felt more comfortable denying the 5th student any cookies because it was his friend, and felt less worried about being judged for his decision. He did make a snarky comment when he chose the cookies. Would the outcome be any different if the last student wasn’t a close friend of his?

Let’s return to the question of rationality. While the players didn’t act as we predicted, they were motivated by certain forces to make the decisions they ultimately made. Perhaps some combination of an inclination for equity with a fear of being judged as selfish led to the final outcome of the experiment. Yet, it would be naïve to simply dismiss these motivations as irrational and self-defeating.

When we talk about “costs” in economics, we consider both explicit (e.g. dollar value given up for good or service) and implicit (opportunity cost of a transaction) costs. In this case, while no dollar value was paid for the cookies, there was an implicit cost to the first 3 players in the form of cookies they chose to forgo in selecting only 1 cookie for themselves. But where are the costs associated with the feelings mentioned above (desire for equity and fear of judgment) accounted for?

Several offshoots of rational choice theory have aimed to explain this phenomenon. Many economists understand that not only do these sentiments need to be considered in cost-benefit analyses, but often they are greater drivers of economic decision-making than the traditional cost and benefit factors.

There are varying perspectives on choice theory. Traditional economists will say that despite those feelings, the players acted irrationally because they didn’t maximize their final payouts. To them, the aforementioned predicted outcome of the game is the only rational one as well.

One could argue for eternity regarding the rationality of the players’ choices. Yet, we know that in many circumstances, people act more like the actual players of the cookie game than the predicted model. Wherever you may land on the debate of choice theory, just know: the term “rational actor” comes with at least a few strings attached.

September 22, 2021 A painless introduction to VSEPR theory
September 20, 2021 A language study routine that actually works
September 16, 2021 How to read legal statutes like a lawyer
September 14, 2021 So you want to be an engineer...but don’t have a degree in engineering
September 3, 2021 Tips for success in organic chemistry courses
August 27, 2021 Think quickly: can you ace the world's shortest intelligence test?
August 25, 2021 Ask the right questions: how to know what you don't know you don't know
August 23, 2021 The finals crunch: a roadmap to working smarter, not harder
August 20, 2021 Reading is hard. But it doesn’t have to be.
August 16, 2021 Tips for getting a 4.0 in engineering
See all
navigate_beforeEdit Filters closeClose
Clear Tags closeClose
© 2021 Cambridge Coaching, Inc. All rights reserved.