So You Want to Learn Chinese? 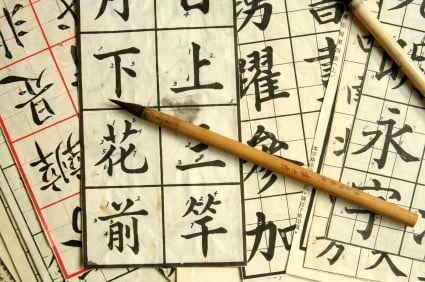 It's everywhere, inescapable. It hovers in the air, thick like miasma, tinnitic as a tambourine, tenacious as a song you can't evict from your head: “Chinese is the language of the future,” over and over. “Learn Chinese or get left behind.” Where Chinese teaching was once a job for universities, now high schools and even elementary schools are scrambling to get students started as early as they can. Your school probably offers it, or will soon, thanks to Mandarin teachers (and here I'm talking only about Mandarin; only crazy sinophiles and career Hong Kong finance people learn Cantonese) provided at impossibly low rates by Confucius Institutes (a non-profit cultural center partially funded by the Chinese government). In an extreme but telling example, the public school system in Macon, Georgia, which struggles with a 50% dropout rate, has nevertheless decided to institute mandatory Mandarin Chinese instruction for every student, pre-K right through 12th grade. If that sounds to you like putting the cart before the horse, you're not alone.

But is it worth it? Does it really help you? Will it really make you more competitive?

Maybe, maybe, and probably not.

Chinese, as a friend told me when I first began studying it in Beijing six years ago, “is suffering.” He was right. It is a brutally difficult language to speak, twice as hard to read, and five times harder to write (that's assuming you type. Writing by hand is brain-gnarling even for Chinese people). There are virtually no cognates (words that are similar to their English versions) to hang your hat on, and the grammar, while considerably simpler than Arabic or even French, can feel completely senseless at times. But mostly the problem stems from the fact that there is literally only one way to learn it: rote memorization. Writing and rewriting characters dozens of times, endlessly intoning words, and repeating sentences with specific grammar structures. It can take two years of serious college study before you'll be able to tell a waiter to “please take these plates away.” It will take five years, and at least a year of that spent in-country, to be able to make sense of a newspaper, read a legal document, or a government white paper (and that's just on the mainland. Taiwan and Hong Kong, which still use traditional characters, take closer to seven years). You can't just get to “basic proficiency” and then cop out.

This is to say nothing of the speed with which the language then decays in your head the minute you cease using it. Characters evaporate like something out of Harry Potter.

And then there's the matter of the competition.

Most people think that speaking Chinese is an easy way to get a job. Those days are long gone.

You get the competition from two sides: one, Chinese instruction is of course skyrocketing in America. Beijing and Shanghai, and even smaller second-tier cities, are already rotten with foreigners who can babble away in Mandarin. And then, even the most accomplished Chinese learners, the rare ones who can look at a report on the steel industry, and note the difference in the quotas for ferrous versus non-ferrous metals—even they frequently find that for every one of them, there are five ultra-fluent Chinese English speakers who have a graduate degree from a US university, who understand the Chinese system better than you do, and who will work for a third of the salary. So that's the other side of the competition. Simply put, foreign Chinese speakers just aren't special anymore.

Finally, there's the matter of the time investment—or, in more economic terms, the “opportunity cost” of sinking years of your time into Chinese.

In high school, you may not have more than two classes a week, for about an hour and a half of instruction. You'll have maybe an hour of homework. You may do a summer intensive program. I've taught these students for the Chinese SAT II (a test you should only consider if you are really, really good at it); in rare cases, when the student really has the “China bug” and works like crazy, it can give them a boost in terms of college admissions. But for the vast majority of students, that's not nearly enough time per week. Compare that to the first year of study in college: four to five 1.5-hour-long classes per week, with approximately ten-weekly hours of homework to go with that. And what do you get at the end of that? You can say “Chopsticks are hard to use.”

The point is not to be snide, but to suggest that the gains you make in a much more meager high school program are not likely to amount to much, especially not compared to the value you might derive from studying an equally critical language—Spanish. And I say this as someone with crappy Spanish. I know you think it will give you a jump in college. That jump will be negligible, and will be erased by the second year, after your fellow students have had a chance to spend the summer abroad in China, which you will all do, if you have any commitment at all to learning the language.

It goes almost without saying that learning Chinese without going to China for an extended period is essentially impossible, and pointless.

But my point here, believe it or not, is not to talk you out of it.

There are two reasons people learn Chinese: one, they have a serious interest in China, want to live and work there, and want to dedicate themselves to a country and a culture that genuinely fascinates them; two, they think, “I should really learn Chinese; it'll make me more employable/attractive.” If you fall into the first category, praise the lord and pass the pork buns: you will suffer, but profit handsomely in the final reckoning.; I have yet to find a country that so generously rewards the foreigner who speaks the language. But if you are of the latter persuasion, you want to think carefully about your choice. Chinese punishes the dilettante.