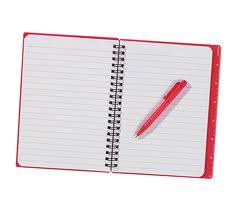 Hello, faithful readers! The Writing Wizard is back with another tip to help you organize your ideas for papers and projects.

In today’s post, I will be talking particularly about academic writing assignments, those banes of existence (or earthly delights!) for so many high school, college, and graduate students.  As a writing tutor, I share a process that will help you start organizing large writing projects.

One of the complaints I hear most often from budding but disgruntled scholars is that term papers are impossible to organize and terribly painful to begin: they seem too daunting, too intractable, too imposing of a task at the outset, and the blinking cursor at the top of a clean page is as nightmarish as a creaky door in a B-grade Hollywood slasher film.

When I respond to writers who are living this kind of authorial trauma, I am reminded of the incredible scene from Moby Dick where Pip, the cook on the Pequod, jumps from the whale-boat for the second time out of fear, and the rest of the crew decide to leave him in the water for a few extra minutes as a practical joke. Believing himself abandoned, Pip writhes around in the water, suddenly confronting the infinite expanse of sea before him. The sight of so much unpopulated blue is too much for the fearful man, and he loses his mind. The other men on the whale-boat tack back to pick him up, but by the time Pip is returned to the deck of the Pequod, he is already a raving madman.

I think that apprentice writers often have this Pip-in-the-water moment when they stare down the unbroken sea of negative space from Line 1 Column 1 of a new document. So, like other useful study skills, you can use my suggestions to avoid a sudden bout of insanity, brought on by too much white? How to begin writing right away, before the senses of doom and panic set in?

The answer, my friends, is to organize your quotes in advance, and have them ready to go as soon as your document is open.

Every good paper relies heavily upon textual evidence, and the strongest arguments are anchored directly in citations, where the connections between the claims of the paper writer and the words of the author(s) are most visible. So a robust paper will be filled with quotes culled from your sources, and the paper will flow through and around them as it builds and extends its theses.

This being true, starting your writing process by laying out all of your quotes on the page has a number of advantages.

First and foremost, typing out your quotes and ordering them gives you a way in to the writing process that doesn’t involve any original writing at all. Since you are just transcribing quotes from elsewhere, it is a good warm-up for your brain and fingers that can both ward against writer’s block and also protect you from the Pip-in-the-water moment. The idea is that you will never feel abandoned in a solitary sea—before you begin your first sentence, there will already be words on the page to comfort and guide you and get you back into the cognitive whale-boat.

Once your quotes are all laid down, you can set about the business of ordering them to suit and support your argument. I find it helpful to provide brief notes and explanations to myself between quotes on the page, providing a sort of running narrative of what my argument will do or should be doing, for when I begin the formal writing process. I’ve spoken about this model, the Concept Map, in a previous post. Again, the idea is to avoid panic and a feeling of getting lost in the midst of the paper by signposting the different turns in the argument, essentially drawing a map or sheet of directions to navigate you through the writing you’ll be doing shortly.

This is not a shortcut, per se, as the process of organizing textual evidence for a long paper can itself take hours or even days, and the task of typing and ordering quotes on the page is itself rather artful and time-consuming. The idea here is not to save time but rather to minimize anxiety—although writing from a position of comfort and relaxation, instead of panic-in-the-deep-blue-sea, will assuredly speed up the compositional process.

The strategy is meant to generate a set of directions for the writing to follow, a sense of where your language and thinking need to take you to effectively and forcefully arrive at your conclusion.

Once all of the evidence and the organizing cues linking your quotes are on the page, you’ll find that you already have a few pages of material, a surprising discovery for not having “written” anything yet. This is where the fun begins, because now, the only remaining tasks are to fill in the arguments with your own exciting language and edit for clarity and concision. But by this point in the writing process, you’ll be excited to begin the task, as psyched for the challenge as any Starbuck, Stubb, or Flask commanding a whale-boat in the heat of the chase.

So don’t panic when you sit down to write your next assignment—get your quotes assembled and then get cracking. You’ll have a whale of a time. (Har har)