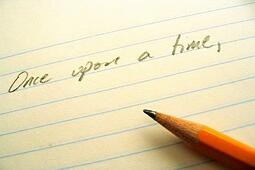 Writing is essentially about communicating something to another person. You have an idea in your head, and you want to put it on paper so that when another person looks at the paper, they know what your idea was.

As a writing tutor, I know that a number of factors can interfere with this, and putting your idea into words is only part of your task. The words also have to be arranged in such a way that the other person can easily see what you are getting it. If the sentence is not formed well, or if it is poorly constructed, the other person will have trouble discerning what your idea is, and this undermines your purpose in writing.

There are many things that can cause this to happen, and one of the most common is a "garden path sentence".

A garden path sentence is a sentence in which the words at the very end of the sentence change how the earlier part of the sentence should be understood. That might sound abstract, but it's easy to see in an example: "The horse ran past the barn fell." When you read this sentence, you think it is about a horse racing past a barn. But the last word suddenly makes you realize that "the barn" is actually the thing that fell, and not the thing past which the horse ran, and now you have to go back and undo your earlier interpretation for the sentence to make sense.

Here is an even more drastic example, taken from wikipedia: "The complex houses married and single soldiers and their families." This is a terrible sentence. At first glance it looks like complicated homes are performing marriage ceremonies, which doesn't make any sense.

Think about this sentence from the perspective of an academic tutor, or even a writing tutor.

You might look at it for two minutes before you realize that the word "complex" in this sentence isn't being used as an adjective, but actually refers to a set of buildings, and that the sentence is saying that in this set of buildings, three types of people are housed: married soldiers, single soldiers, and the families of married soldiers. Part of the problem is that the word "complex" has two meanings. The writer wanted to use it in the less common sense of "a set of buildings". But he stuck it right before a word that looks like a noun, thus leading the reader to interpret it as an adjective modifying that noun.

"Houses" also has two meanings. It looks to the reader like a plural noun, especially since it looks like it is preceded by an adjective. But the writer wants it to be a verb meaning "to shelter".

Then after this word, which is a verb that looks like a noun, we have another word, "married", which is actually an adjective modifying "soldiers" but looks like the past tense of the verb "to marry". Then it looks even more strongly as if "houses" is a noun, and it looks like it's the subject of this verb.

All this causes the reader to think he is reading about complicated homes and wedding ceremonies, rather than a set of buildings that houses certain types of people. By the time he has figured it out, he's already bored and frustrated and probably wishing he were reading something else.

These kinds of sentences are more common than you think, and as a teacher and a writing tutor in Boston, I see them all the time. Sometimes they can be fixed by simply adding small words like "that", "which", or "and" to the sentence. Sometimes the whole sentence needs to be rewritten. What is most important is to realize that just because you understood the sentence when you wrote it, that doesn't necessarily mean the reader will.

When you write, always sympathize with the reader.

Imagine what it will be like to read the sentence for the first time, without already knowing what it means. Be aware when you use words that have more than one meaning, and be careful not to give the reader false clues that lead to the wrong meaning.

Finally, reread your writing again and again, looking for problems like this.

They can be hard to spot on your own, at first. A writing tutor can be very helpful by pointing them out quickly and helping you get into the habit of not writing this way, or at least of noticing when you do. Not only will this improve your writing, it will also improve your reading abilities, and if you are someone who is going to take the SAT or GRE, it will improve your score on the writing sections of those tests, so keep this in mind during your standardized test preparation!