Cracking the SAT Essay: Breaking Down the Prompt

On Test Day, the SAT essay prompt is the very first thing you see when you open up your test booklet—and a dismal sight it is. 25 minutes to answer a deliberately and often irritatingly simplistic question (“is good moral character essential for sound leadership?” What are you going to say? “Nah?”). But the secret of the SAT essay is that with a bit of preparation, and the right mindset, cranking out a high-scoring essay can become as easy and mechanical as opening a can of tomatoes. 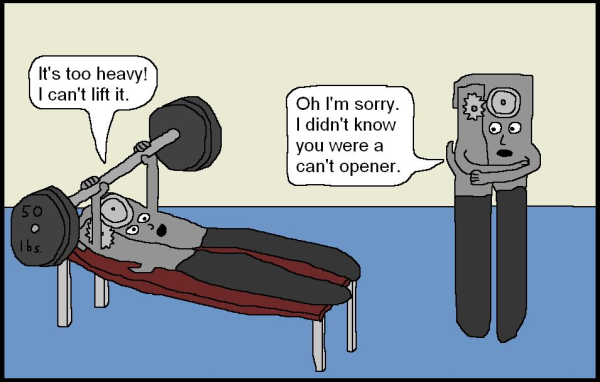 Cambridge Coaching would like to apologize for the awfulness of this pun.

Let's take this sample prompt, plucked from the June 2013 test:

Thanks to the Internet, people have more access to more information than at any other time in history. People can instantly find information on almost any topic in the time it takes to type a couple of words and click a mouse. But we often know so little about the source of this information, including its reliability and the qualifications of the person who wrote it. If we do not know its source, information is not much good to us.

Assignment: Do people need to know the source of any information before they use it? Plan and write an essay in which you develop your point of view on this issue. Support your position with reasoning and examples taken from your reading, studies, experience, or observations.

Here is the single most important fact about the SAT essay: the average grader spends 45 seconds reading your essay before slapping a grade on it.

Instead of freaking you out, though, this fact should reassure you: they're looking for just a few things. Push their buttons in the right order, and you can be assured of a good grade.

Nailing the SAT essay is all about taking the right approach from the start. Students often ask me, “how much time should I spend outlining and proofreading?” This is a simple question, but a good place to start. I usually recommend this system:

In SAT-land, 2-3 minutes is long enough to make a very useful sketch. Mostly what you want to spend this time on is choosing your examples. 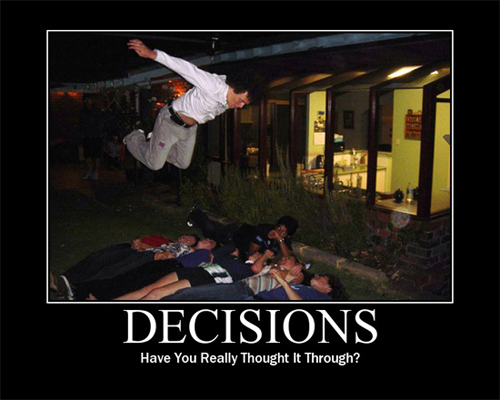 Cambridge Coaching does not recommend you try this at home.

Examples are the most important thing in an SAT essay. While some people can make do with one example (as long as they know it extremely well), the safest path is to pick two, ideally one personal one, and one drawn from literature, current affairs, science, history, or whatever strikes you as applicable (going for three examples is not recommended as it will likely dilute the quality of all three). But what really matters is that your examples are specific and relevant.

What does “specific and relevant” mean? It means that for this prompt, say, “the internet,” even though it's in the original quotation, is not a good example. Not only is it far too broad, it's not particularly relevant to the question (remember—an essay that does not answer the question, no matter how well-written, will receive a grade of zero). In general, never use “the internet” as an example. Readers will use your essay to line their birdcages.

If you were to take the easier route of supporting the proposition—that it's important to know the source of information before acting on it—here are some examples that meet the criteria of specific and relevant, and would work excellently for this prompt:

But it's not enough just to say, “it's important to know sources because otherwise we can't trust it.” To write a great essay, you need to go a little deeper—you need to articulate the problems with trusting unverified sources. You can't just state an example. To get a 6 you have to show insight. For example:

Once you've identified your examples, the rest of the essay should fall into place. Start with an introduction that does not restate the question, but does state your thesis clearly. For example, “We should never act on a piece of information without knowing whether or not that information's source is reliable; otherwise, we risk our action being counterproductive.” Right there I've done three things: established a clear and insightful thesis, used a nice ten-dollar word (counterproductive), and even thrown down a semicolon, for razzle-dazzle. So already, the reader is thinking that just maybe this essay won't be a godawful trainwreck.

Next, trot out your examples, making sure to preface each one with a topic sentence. You should spend the bulk of your time on this. While length is not technically a factor in essay-grading, it is a truth almost universally acknowledged that longer essays tend to do better (though that still doesn't mean it's the length that's causing it; it's more likely the fluency of the writer). You should aim for about a page and a half, maybe page and three-quarters.

Keep an eye on the clock. Your conclusion should take no more than three or four minutes to write. 2-3 sentences is usually enough. Restate the thesis, and add the insights that you have articulated: “Given the profusion of information flying around on the internet, it is always worth the extra effort—not that it's ever much of an exertion, thanks to Google—to confirm one's source before broadcasting news or making scientific declarations. To do any less is simply irresponsible.”

Proofreading is essential, but remember that grammatical errors—within reason—are tolerated (who among us hasn't written “the the point is?”). Equally important when proofing is to look for places where individual words can be punched up with the more acrobatic language that the reader is looking for. “I think” can become “I assert” or “I affirm”; “because” can become “subsequent to”; “incredible” can and should become “phenomenal.”

Finally, if all of this seems intimidating to assemble in 25 minutes, reach out to a tutor. A good one will help you navigate the petty treacheries of the essay—and maybe even help you come to love it.