Now is the time that seniors in high school should start moving into leadership positions in clubs...but what does "leadership" mean? Today Sam, one of our expert online college application consultants, explains. 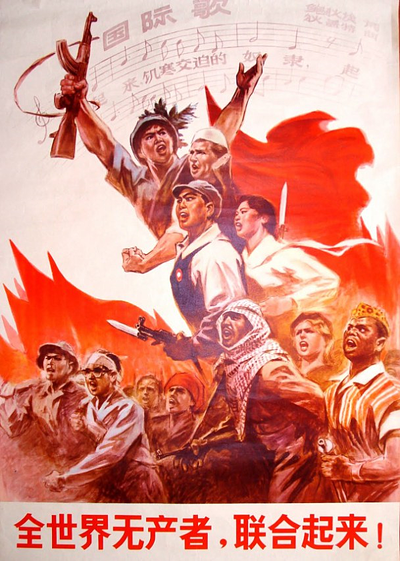 Here's one take on leadership (NOTE: Cambridge Coaching does not recommend writing "Communists of the world, unite!" on your applications, no matter how impressive it is that you speak Chinese).

All across the country, students are heading back to school for their senior year. The all-important junior year grades are in, SAT's have been taken, or are about to be retaken, and colleges have been visited. Lists of target schools are being compiled, bull's-eyes drawn on the favorites. Most of the pieces of the application are in place: all that remains is one of the most important things of all: Finding a way to demonstrate the all-important, and ever-more-nebulous, concept of “leadership.”

Students hear it constantly these days, a steady drumbeat reminding them that leadership is paramount, that without leadership all their grades and scores and internships and essays will be for naught, that supporting roles in things they love are not enough, that they must by hook or by crook scheme their way up the chain of command. And the truth is, this is not entirely wrong. Secretary-General of the Model UN definitely trumps Treasurer of the Photography Club. Leading goal-scorer on the soccer team is more impressive than assistant stage manager in the theater (believe me—I was the stage manager). But at the same time, we need a little perspective brought to the conversation. I want to break this down into three parts:

1. Why does Leadership matter so much?

It's easy to think that the reason college admissions officers value leadership so much is that it offers a simple way of sorting the “better” applicants from the “weaker” ones: the more prominent the applicant, the higher the quality. But this is facile. Admissions officers aren't stupid (this is something you should remind yourself of constantly: they are very smart, and you cannot fool them, so stop trying). They know that very often, a great applicant, one with real potential, might also happen to be introspective and shy. And likewise, an aggressively power-hungry student who seems to take leadership positions purely for the sake of “demonstrating leadership” will reek of disingenuousness to the committee.

The reason leadership is so important, then, is because it allows admissions officers to take the measure of two crucial things: One, it proves the applicant's passions—anyone can say she loves poetry, but not everyone helps edit the literary magazine. Two, and more crucially, it proves the applicant's willingness to put real time and effort into those passions. Everyone's passionate about something—but what colleges really value is the applicant who understands that passion is nothing without discipline, sacrifice, and hard work, because these are the qualities that lead to success in college.

2. Don't sacrifice too much on the altar of Leadership 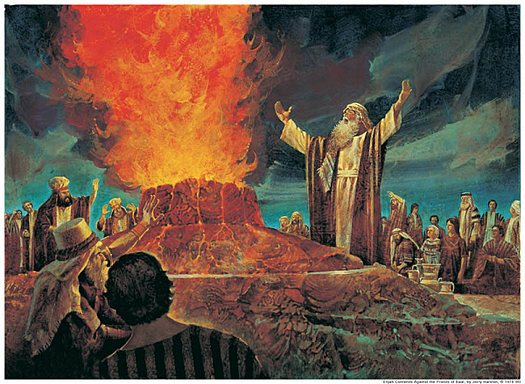 "Lo," they said, "the God of College Admissions is a cruel god! Verily we must sacrifice a turkey burger unto Him."

Speaking of sacrifice, it's important to maintain a sense of balance. While most people understand that gratuitous resume-padding (“I'm a member of every single “Issues” club! And every single other club, even though I've never been to more than one meeting at any single one of them! Also I paid $15,000 to build houses badly in Ecuador! Can't you see how much I care!?”) is really not good, almost as dangerous is letting one particular extracurricular so overwhelm your life that your grades drop to irredeemable levels. A good friend, let's call him Rufus, had this happen to him: he was editor-in-chief of our high school paper, which at my ultra-nerdy school lent Rufus the kind of Big-Man-on-Campus quality that you usually get in a high school quarterback (in my school, I don't think half of us even knew who our QB was). It was the most prized “leadership position” our school had. Typically, EIC's of the paper went to Harvard or Yale (it was that kind of school), and Rufus was thoroughly convinced that the best way to get into Yale, which he desperately wanted to do, was to hurl himself completely into his job (which admittedly required him to stay at school as late as 1am many nights), even at the expense of his grades and SAT's. And Rufus did a great job with the paper—they won national awards and everything.

But you can see where this is going. Rufus applied early to Yale, but he had sacrificed so much to the newspaper that he didn't just get deferred, he got straight up rejected early. And there's no question in my mind that he was Yale material—he wound up at Uchicago, which he adored, and which is in every way Yale's equal, except possibly in terms of misplaced affinity for their terrible football team. But the lesson here is that extracurriculars, unless you are actually an Oscar-winning actress—and even then—are never a substitute for maintaining solid grades. I don't like it any more than you guys do, but that's the environment. It's the tradeoff of our generation: our parents had a much easier and cheaper road to college, but did they get to access satellite images of the entire planet from anywhere, in the palm of their hands? No, they did not.  They had to scrounge quarters to use pay phones.

This one, fortunately, is pretty darn simple: do what you're good at. Do not, do not, do not make your choices based on what you think the colleges want to see. That is exactly what they do not want to see. And sometimes this may mean you have to scale back doing what you love. It's sad, but if you love to do theater yet are the kind of person who is happy to be in the chorus, in the background (and there are a lot of you out there, and you are beautiful), you may need to take the first semester of senior year off from theater, and allocate more time to working at something in which you have the potential to rise. This may sound cynical, but it's not. This is the right kind of sacrifice, the kind that demonstrates to the committee that you have a clear sense of your strengths and weaknesses, and have the discipline to focus when it's necessary.