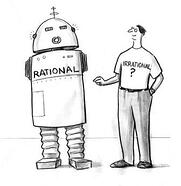 Philosophers today are keen to trumpet the advantages of majoring in philosophy (see here for a good summary page with links).   I’ve been part of the chorus myself in previous posts discussing how philosophy can fit into your college academics.  I’ve tended to focus on many of the instrumental advantages (e.g., how well it prepares one for law school) partly because nearly all undergraduates will go on to do something besides philosophy once they graduate.

Today I will focus on one advantage of a philosophy education that has more intrinsic value for a meaningful life.  In proper philosophical fashion, though, I will approach it critically, rather than simply recommending it by listing its purported virtues.

An ideal bequeathed to wider culture by Enlightenment philosophers is that of individual autonomous rationality.  The best way to understand this ideal, I think, is as the cultivation of the capacity, indeed habit, of exercising one’s own powers of reasoning, without aid, to decide what to believe, what to value, and how to act.  See Immanuel Kant’s famous essay identifying something close to this as the answer to the question, “What is enlightenment?”  This was the articulated ideal of those striving to liberate people from the lordship of tyrannical governments and oppressive religions. Whether articulated in quite this way or not, many philosophers will see this ideal at least implicit in the very beginnings of philosophy, with Socrates being its most famous advocate.  More importantly, they will see themselves as trying to impart this tradition to incoming students of philosophy.  Sure, the rules of reasoning, the habits of skeptical yet constructive questioning, etc., have found their way into many other disciplines, and people can learn to become critical thinkers elsewhere.  But philosophers still think of their discipline as home base for cultivating autonomous thinking as much as it can be.  Other disciplines must take certain assumptions for granted in order to proceed. In philosophy, everything is up for grabs.  Rooting out never-articulated assumptions and taken-for-granted articles of faith is the stock in trade of philosophy.  It is here, in philosophy, where one is brought to the dawning realization of just how much we rely on inherited beliefs and habits of behavior.

The two most general and serious kinds of objections to be brought against a purported ideal are that it is: 1. Unattainable and 2. Undesirable (i.e., not really an ideal worthy of adherence).

Any ideal for which there is no possibility of attainment is not worth our time.  And any proffered ideal must meet some kind of standards or criteria to have a legitimate claim on our allegiance.  Both sorts of challenges have been launched against the ideal of autonomous rationality.  Autonomous rationality might be thought to be unattainable because one can never become aware of each of one’s inherited beliefs or even extricate all those we examine and find wanting.  By the time one becomes significantly aware of one’s rational capacities, one already finds oneself possessed of an enormous trove of beliefs that are simply the result of socialization.  And some are so deeply ingrained that they are highly resistant to efforts to change them (see this summary of experimental work on the phenomenon of implicit bias and its pervasiveness).  Many 20th Century critics of Enlightenment ideals were fond of pointing out how much racist and sexist thinking continued to masquerade under the banners of Enlightenment and Science.  The prejudices of Enlightenment thinkers themselves, including the aforementioned Kant, are shocking today.

In light of these considerations we need to be careful about how we articulate and think about the ideal of autonomous rationality.

If the ideal is one of complete and absolute attainment of aloofness from the entire body of one’s beliefs and one’s decisions, with the capacity to render completely and instantaneously effective judgment on each one from a position of perfect reasoning, then the ideal is certainly unattainable.  But the ideal should really be closer to one of habitual striving for the most autonomous rationality possible (and proper; see below), given one’s history and limitations. Indeed, becoming aware, through attention to new evidence and searching self-reflection, of just how difficult the ideal of such striving can be, is a part of the ideal.     Many have argued that individual autonomous rationality is not desirable for a number of reasons.  Some contend that it fosters undue focus on individuals at the expense of genuine community-centered values.  Others hold that pervasive rationality leads to the disenchantment of all values.  Another type of criticism holds that humans are actually at their best in moments of unreflective expertise--in skills that are not acquired through critical thinking and that are optimally performed when detached reflection on them is absent. I think the proper response to each of these sorts of criticisms is to hold that individual autonomous rationality cannot be our only ideal.  And to learn to recognize its shortcomings and limits.  One reason it is inescapable as at least one of our ideals, however, is that a capacity for the kind of recognition just noted is impossible without autonomous rationality.  And this is because the capacity to recognize the proper applicability and limits of any value or ideal is partially dependent on repeated reflective assessment.

This brings me back to the value of a philosophy major and how choosing to pursue philosophy can positively impact all your study skills.

Despite its limitations I do, in fact, endorse the ideal of autonomous rationality, and recommend extended exposure to philosophy as a means of kick-starting one’s own cultivation of it.  It is somewhat ironic that, for virtually all of us, we need guidance in awakening and developing our powers of autonomy.  But this is why I also say to anyone considering a philosophy major (or class): don’t let any philosophy professor or student stifle your awakening autonomy.  Once questioning is discouraged in any way, or a philosophical position is pressed on you over reflective consideration of why one might or might not adopt the position, the philosophical ideal of autonomy is being compromised.   Indeed, a certain kind of vigilance, against oneself as well as others, is a necessary ingredient to the attainment and maintenance of any significant degree of autonomy.  But this vigilance is well exemplified in the best philosophical texts as well as, to my experience, in the best college-level philosophy classes.