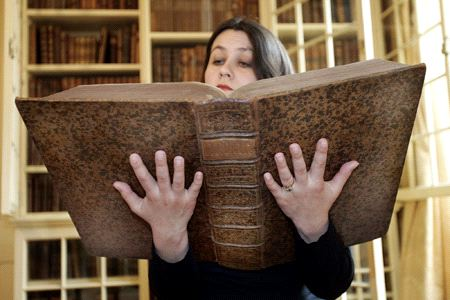 Sometimes, you need more than an iPhone app.

Hello, dear readers! Today we’ll be switching gears from our usual talk of college applications and test prep to move into the realm of foreign language practice. Many students take a second or third language in school, and these courses often become the catalyst for life-long learning of other cultures, languages, and modes of expression. For some, second language proficiency is a good skill set for college apps and resumes, and for others, it is Willy Wonka's golden ticket to study abroad experiences and professional global travel opportunities. Others still view it as a way to “see the world” from the comfort of one’s home town or home university. But no matter the reason why we start studying languages and sustain our language practices, one thing is clear: we often get lazy when we have to look up words.

Don’t deny it – you know that you’re guilty of any number of linguistic sins when it comes to writing, reading, or speaking in a foreign language. We all: come across words in print that we don’t understand but just gloss over because it is easier; fudge words when we’re speaking out loud by taking the English equivalents and pronouncing them funnily; invent genders and cases because we can’t be bothered to look at charts and tables; or the most egregious: entrust our writing assignments to the four winds of Google Translate. Now, undeniably, even native speakers of a language get lazy from time to time, and languages are complex enough that native speakers also unwittingly make mistakes—when is the last time that you saw your v. you’re or their v. there used correctly? But it is important to distinguish between things that are genuinely confusing, and errors made out of laziness. Their They're There are a surprisingly large amount of linguistic errors that can be avoided with more careful attention, in the form of research beforehand and proofreading afterwards.

Yet this post is not meant to be a fiery jeremiad about the collapse of high standards in written and spoken English – although surely that idea deserves mention; rather, we will be talking about something simple yet fundamental: the use of a good dictionary—or three. Today’s post might best be titled “Why foreign language students need to get off the Internet and learn to love their dictionaries.” Now, don’t get me wrong, there are tremendously beneficial resources for online language learning on the Internet, and in our current age of connectedness, it has never been easier to access cultural and linguistic documents from all across the globe. Want to watch the news in Gaelic from Topeka, Kansas? No problem. Want to chat live with citizens of Kyoto from an internet café in Senegal? Sure thing. But sometimes, the sheer expansiveness of the Internet is both its greatest strength and most fatal weakness.

For every good website offering language help from teachers, translators, and other language professionals, there are hundreds of random Internet forums where anyone at all can weigh in on users’ questions about grammar, usage, and the like—and this can lead to trouble, as well as imprecision. And while Google is an awe-inspiring tool for so many kinds of research, a search field can never replace a bona fide native speaker or scholar of a language. Simply put: although immersion is the best way to learn a language, you cannot crowdsource the nitty-gritty. Or put another way: don’t ask Google about grammar—go straight to the source: the Dictionary.

Dictionaries are faithful and loyal companions. They don’t lie to you, they are here to serve, and they ask almost nothing in return. Many dictionaries also do double or triple duty as language primers, providing sometimes exhaustive documentation for the operation of case systems, tenses, declensions, pronunciation and inflection, written alphabets, etymologies and morphologies, and other linguistic data points that explain how languages work. Sure, you can find some of this stuff on the Internet with some time and ingenuity, but why not get it all in one place? Amazingly, a dictionary might be the very best tool for a lazy language learner, because everything you need is easily accessible all at once, and nothing can go wrong, no one will lead you astray. Fortunately, lexicographers are crazy good scholars, and everything that goes into a dictionary has been rigorously researched, checked, tested, and born out in contemporary usage—something that the Internet, or your Chinese-speaking cousin, can’t guarantee. 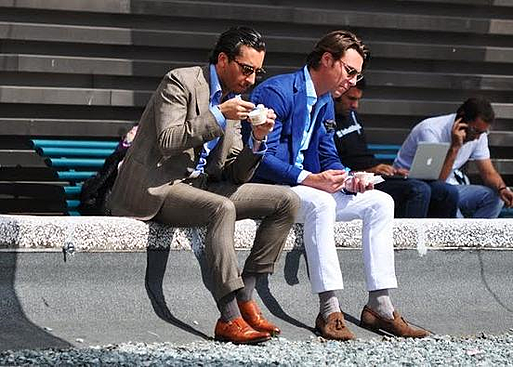 Rule: Just because your cousin dresses like this does not mean he speaks fluent Italian.

Now, as to the idea of having multiple dictionaries, you might raise the legitimate question, “But you just told me that a dictionary has everything I need, so why buy more than one? I’m a minimalist, and they are heavy and they take up space on my bookshelf.” A fair point, but not every dictionary is so generous, and more importantly, not all dictionaries are created equal.

Dictionaries, like all reference tools, are designed to provide people with key pieces of information quickly and effectively. Naturally, writers, readers, and speakers of languages need various kinds of information over time, depending on what they are doing linguistically. Interlingual dictionaries can provide us, at a minimum, with a list of word equivalences between languages (French-English, or Japanese-Danish, for example). But if we also want to know about words in their own context, how words denote and connote in their own language, then we need another kind of dictionary, the monolingual dictionary. Granted, the use of such dictionaries demands an existing knowledge of the language, since the dictionary’s entries will be written exclusively in that language. But these kinds of dictionaries can be used even with minimal or shaky language knowledge, because by skimming them, you can often just get the gist of what you need to know—and they frequently provide real examples, from periodicals, books, and other media.

Then there’s the issue of reference tools that aren’t dictionaries per se, but do provide you with helpful information, such as compendia of phrases for travel, or lists of conjugated verbs. These sorts of texts are just as indispensable as regular dictionaries, because they provide essential information quickly and accurately. Again, you could go on the Internet and look up all the conjugations you like, or you could have a very smart algorithm do it for you, and you’d probably get the right answer. But using technology in this case won’t teach you the actual grammatical rules, and unless you have the kind of smart phone that can get WiFi everywhere in the world, you might find yourself out of luck one day when using your language skills in the field and relying on a website to get you through. 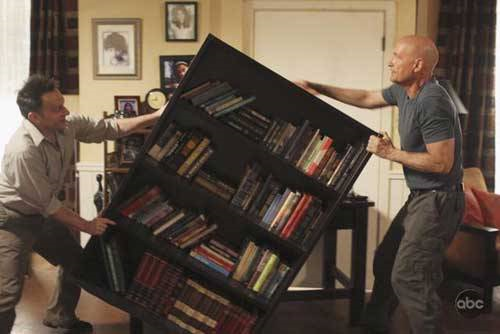 This is a bad way to pack for a trip to Europe.

Now, I’m not suggesting that when you travel abroad, you bring your entire bookshelf either. But I am affirming that using reference tools with your own two hands will more efficiently teach you the rules of a language and will also ensure that you don’t become too reliant on technology to solve every linguistic problem. Languages are marvelous, bewildering, astonishing achievements of the human intellect, and they are hard to master. They should stay hard to master, so that students remain humble before them and continue to approach them with reverence and wonder. Using reference texts as just one tool among many to learn languages is a way to reinforce the notion that learning a language takes actual work. This is not to say that tedium for tedium’s sake is a justifiable approach to learning anything. Rather, it articulates the useful idea that you have to get your hands a little dirty with linguistic material if you want to come out fluent, or just comfortable, in a language. So beware of easy solutions and quick fixes, and opt instead for good old-fashioned research.

No matter what you study or what you speak, you should know how to use a reference tool. Navigating a dictionary, and learning to appreciate a good one, is as vital a life skill as, say, being able to tread water for ten minutes or cooking at least one edible thing consistently. These things likely won’t ever actually save your life—but they damn well might.

So, to conclude, here is my recommendation for what to put on your bookshelves: 1. An unabridged Interlingual dictionary in its most current version from either an internationally respected publisher (Oxford, Cambridge, Collins…) or the standard research publisher for the target language, which can be discovered with some simple research, or the help of a good foreign language tutor/librarian/bookseller. Examples of the research standard publisher: Larousse in France, Langenscheidt in Germany, Kodansha for Japanese, etc.). 2. A moderately scaled or unabridged Monolingual dictionary from a reputed publisher in the target language, which again can be discovered with the help of a language professional. 3. At least one good grammar and usage manual for the language, either from an internationally respected publisher or a reputed publisher in the language. And 4. A book of easily searchable verb conjugations, such as the “501 Verbs” series. With these tools at your fingertips, you will achieve great things linguistically, look super smart to any friends perusing your shelves, and most importantly, never be at a loss for words.

See you next time, fearless readers, and as always, enjoy!