Philosophy Tutor: The Limits of Language 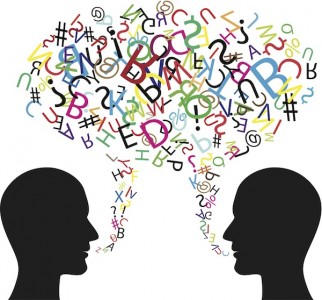 “Whereof one cannot speak, thereof one must be silent”.  This is the last sentence of one of the more influential works of philosophy of the last century, Ludwig Wittgenstein’s Tractatus-logico Philosophicus.  In that work, Wittgenstein identifies the limits of thought with the limits of meaningful language, and also provides a theory of meaning for language.  If his theory is correct, then, thought is restricted by the possibility-space of what can be meaningfully put into language.  What one must be silent about, according to Wittgenstein, one must also be thoughtless about.

As it turns out, Wittgenstein didn’t think that language about ethics and value is properly meaningful.  But you might want to resist the claim that we cannot think about ethics and value.  If so, there are two ways of challenging Wittgenstein: either by drawing the line of what counts as meaningful language differently (a task far beyond the scope of this post), or by affirming that the limits of thought exceed those of language.  Is there any reason to think that thought can outstrip language in this way?  As a philosophy tutor, let me see if I can break this down for you. Another way of putting the question: is there any reason to think that we can formulate thoughts that are ineffable?

This is a difficult topic to approach for there is one way of trying to find reasons that we can form ineffable thoughts that is unavailable: by specifying ineffable thoughts linguistically! So how else might we go about trying to understand whether ineffable thoughts are possible?  One way is to try to explore the limits of what can be put into language.  Then we might at least indicate or gesture at thoughts that cannot be linguistically articulated along something like the following lines: “well, it seems as though language gives out in domain X. Yet, nothing could be clearer to me than the fact that I am able to formulate thoughts concerning the subject matter of domain X.  Therefore, we have reason to think that there are thoughts about domain X that are ineffable”.  The question then becomes, are there any candidate subject areas where we can both demonstrate that meaningful language is limited and have good reason to believe that we think about the subject matter anyway?

See if you can describe the phenomenological qualities of the taste-sensations you experience as you eat pumpkin pie.  Now describe, precisely, the experiential differences between the taste of pumpkin pie and the taste of sweet-potato pie (if you are unfamiliar with such pies, try the same exercise with different kinds of meat, or different kinds of lettuce, or some other closely related foods).  I certainly can’t do it.  Yet, I know there is a difference and I know it because I can (seemingly) bring the differences before my mind, i.e., I seem to be able to think about the differences.  Have I thereby struck gold already?  Are thoughts about our private sensations ineffable?  It has certainly been tempting to many thinkers and philosophers to think that certain thoughts about our private conscious phenomenology are essentially ineffable.  Are they right?

Consider the fact that there are wine, beer, and cheese connoisseurs (for starters) that depend on their abilities to adequately describe and tell the differences between the tastes of very similar wines, etc.  If they are indeed capturing the thoughts they have about these various tastes, then maybe the fact that I cannot precisely describe the difference between pumpkin and sweet potato pie in words has more to do with my own lack of developed vocabulary for this purpose, rather than some in-principle ineffability.  Of course, one option for resisting this conclusion is to deny that the previously mentioned connoisseurs are as good at what they do as implied.  Perhaps they only partially articulate the differences in taste between similar cheeses, etc.  But there remains some important part of the experience of those differences that remains essentially incommunicable.  I won’t try to adjudicate this debate here, but for a great, though difficult, paper attempting to challenge the intuitions that drive thoughts like these, see here.

There are other domains besides phenomenology where thought has been suspected to be ineffable.  One example is mystical or religious experience.  Another might include the paradoxical--we are somehow able to grasp in thought what we only run into contradictions with by means of language.  Again, the point here is not to decide for you whether there are any such ineffable thoughts, but to provoke critical thinking about them.

Let me end by indicating another type of thought that often gets overlooked in debates about ineffability.  Consider the fact that many animals without language behave in very intelligent ways.  Are we to think that if we just equipped each type of animal exhibiting some degree of intelligence with a vocal apparatus that they could express the thoughts that drive their behavior?  Without going into the details, the answer is that we have very good reason to believe that animals do not think in a linguistic format that could simply find expression with the addition of a vocal apparatus.  The question, then, of whether or not animal thought is ineffable amounts to the question of whether it could be translated into language.  I will just whet your intellectual appetites by raising this question and direct you to an excellent yet very accessible paper addressing this issue (though in a different context).