The GRE Tutor: Permutations vs. combinations 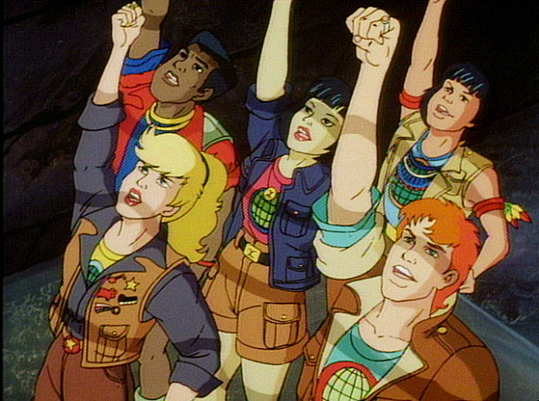 "By our powers combined!...or is that permuted?"

A few weeks ago, I was talking to a friend of mine who is applying to graduate school and was studying to take the GREs. As you all know, it doesn’t matter what you are going to graduate school for—science, math, literature or anything else—everyone has to take the same GRE. She felt very comfortable with the verbal part and had done very well in all the practice tests she took. The math, however, was where she encountered difficulties. She hadn’t taken math since high school, was not working with an advanced tutor, but instead was trying to learn/re-learn everything on her own.

As many people would in her case, she purchased a GRE prep book and was going through the book to prepare for the test. Statistics was one area she found particularly difficult. She knew there were a lot of formulas she could and should use to solve problems, but she had no idea how and when to use each of them. All she knew is that factorials appeared a lot in these formulas, so they probably were important, but she didn’t know why.

Knowing that I was a longtime private GRE tutor in Boston, she shared with me one problem she was trying to solve, but had no idea how to begin. Here is the problem:

How many different 3 person teams can be made from 8 people?

So how do we go about solving this problem? Well, before we start, we have to explain thedifference between permutations and combinations.

So, what are we dealing with in this problem? Does order matter? Since the only thing we know is that the team has 3 people, we are probably dealing with combinations. If the team was made up of a president, vice president, and a secretary, then the order would have certainly been important (it wouldn’t be the same thing if the same person was the president vs the secretary).

Now, how many possible arrangements are there initially (permutations)? Yes, there is a formula for this, but let’s just try to reason it out. How many options are there for the first person in the team? There are 8, since there are 8 people total. For the second person there are 7, since one person is now gone. Using the same logic for the third person we get 6 options.

Now, we can just divide the total number of combinations 336, by the number 6 to get 56. So, there are 56 different 3-person teams formed from 9 different people.

As I said, there are complicated-looking formulas ( I am not including them here, but you can easily find them in any GRE prep book) that you can use to solve problems like this, but by reasoning the problem out, you can solve it without having to simply memorize a formula and absentmindedly plugging number in. Going over the prep books is a great way to study, but talking to an advanced math tutor can provide you with strategies to make all those scary formulas seem a bit less scary.