The Language Tutor: The Importance of Being Idiomatic

And they put antifreeze in the wine!

Hello, dear readers! Today I’d like to share a story with you about a concept I call “active language readiness.” This goes out to all the students of foreign languages in Boston, New York, and beyond… When I was a junior in college, I received a grant from my home institution to travel to the South of France and take summer courses in a language school in the city of Aix-en-Provence. I had plans to spend the fall semester in Paris, and to make sure that my French skills were up to par, I had enrolled in the summer program as a precaution. It was also, of course, a delightful way to visit one of the most beautiful regions of the world, in its best and most sun-kissed season.

I have to admit, I was a pretty cocky kid, and I thought that I had just won the jackpot of the universe. With four years of high school and two years of collegiate French under my belt, I felt very sure of my linguistic abilities, and I figured that my classes at the language school would present the structures and vocabulary that I already knew—that I had committed to memory long ago in classrooms, stateside. This summer was going to be a breeze, I thought, and I’ll show up for my fall courses with a perfect tan and a perfect accent, and the pale, mispronouncing multitudes of American kids will stand in awe of me. So I flew to Paris with my stylish, gigantic suitcase, boarded the TGV at the Gare de Lyon, and hurtled towards Provence with the smug satisfaction of a native Frenchman taking his month-long annual holiday. 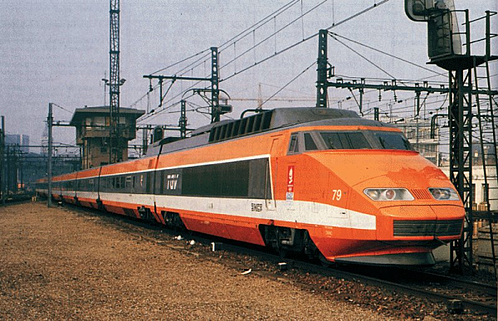 The corrections came hard, fast, and relentlessly. Beyond the language courses, which were technical and exacting, there were all the other hard lessons, learned amongst the patronizing Aixois shopkeepers who insisted on their broken English over my schoolboy French once they heard my mid-Atlantic accent break through my tortuous conjugations of the subjunctive. The dapper old men who wagged fingers in front of my nose and offered correct pronunciations in the local patois. The hip, young vendeurs and vendeuses who eyed me quizzically when I failed to negotiate simple transactions, sifting through my fistfuls of Euros nervously, trying to remember the strings of numbers called out by cashiers, already jumbled in my head.

Or worse, the young kid I encountered on a hiking trail on the outskirts of town, who emerged from a swollen creek to ask me the time. Glaring into the sun, he demanded in a slur, “T’as l’heure?” Do you have the time? I froze, unable to decipher the sounds, so full in his mouth but so strange in the air. My watch glinted in the afternoon light. “T’as l’heure?” His voice rose in frustration. My mind was a blank. I began my stock response for all such situations, my hesitant and penitent “Je ne comprends pas…” I got as far as the “ne” before he seized my wrist and shook it, violently, gesticulating to the timepiece, yelling “L’heure! L’heure!” I assumed this was a setup; his parents were about to bound out of the brush and hold me at knife-point. I was the dumb American tourist who had failed to heed the warnings in the guidebooks, and this was my moment of reckoning.

The boy scoffed, his eyebrows raised. Nothing happened. As soon as I realized that I was not about to be robbed, I sheepishly glanced at the dial and told him the hour. He stalked off without a “Merci” and I stood slack-jawed in the heat, equally embarrassed and relieved.

I had been absolutely schooled by a mud-covered eight-year-old boy, and all of it over two words that, in another context, I knew. But not once in six years of learning French had we covered idioms for everyday life. And no one had offered even a hint of a warning that regional French could sound like a dozen different languages. I had mastered the question “Quelle heure est-il ?” and even the formal interrogative “Est-ce que vous avez l’heure ?” but it had never been explained to me that real people simply don’t talk like that when they want to know what time it is. Ditto for open air markets, clothing stores, the grocery. How to say “I’m just looking, thanks” to an overly eager sales associate? How to order a glass of water, and nothing more to drink, in a café? How to offer to help an old lady across the street?

In my first month in Aix, I screwed each of these things up infinitely, and each afternoon, on my long walk back to my host family’s apartment, I would replay the day’s encounters in my head, feeling my cheeks get hot from shame as I tallied my failures and inventoried my very rare moments of triumph. It hurt me, admitting how unprepared I was for the experience of living somewhere else, realizing how little I knew of a language that I had studied so intently for years, a language that, at least in the classroom, I had thoroughly mastered. But therein laid the problem with my thinking, with my preparations, with my pride: I had too eagerly assumed that language in organic, uncontrollable settings functions identically to language in artificial, carefully controlled ones. And I made the same false assumption for language speakers, believing that their behavior would be like that of my teachers—calm, trusting, patient, clinical.

I had a rough few weeks in Aix in which I purposefully minimized my interactions with native speakers, figuring that the less I spoke with them, the less I would screw up and feel bad about later. And then, one day, a simple truth broke through, seizing me, shaking me like the eight-year-old on the riverbank: all of these moments are part of language learning, and the only person judging me was…me. The double storm clouds of my misplaced confidence and my obsessive perfectionism had obscured what was really taking place in all of my linguistic interactions: people were trying to help. I had become fearful and overly sensitive, instead of simply open to the possibilities of linguistic discovery, for better or for worse. 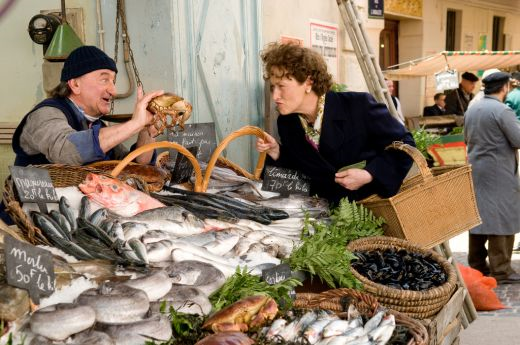 If she could do it, you can too!

So I changed my tune, resolving to speak as much as possible, to listen as carefully as I ever had to the strange rhythms of this language not yet my own. I ran to the open air markets eager to haggle over produce, flowers, wine. I lingered in stores just to exchange words with the employees my age. I asked my teachers, my waiters, my neighbors on the bus for explanations of words and phrases, and when someone tried to speak to me in English, I politely explained that I was trying to practice the language, and would they mind terribly keeping the conversation en français? My discipline and respect for French thoroughly disarmed people. I received dinner invitations, free drinks, countless hours of conversation. I made new friends, learned jokes, flirted constantly. When I arrived in Paris two months later, my cab driver at the train station asked how long my trip would be: “When do you return to Provence?” he inquired, noting my accent. “Soon, I hope,” was my reply.

Now that I am a language tutor and teacher, I try my hardest to make my own classroom as natural a language environment as possible. But I also know that there is no substitute for actual language immersion in real time. I tell my students this constantly, reminding them that “active language readiness” is far more elusive than simple mastery of grammar and vocabulary. It is one thing to know how to use a language at a technical level, and another thing entirely to deploy that language in dynamic, context-based settings. Good teaching and tutoring can lay the groundwork for language use, but a classroom remains an imperfect environment for learning the “intangibilities” of a living language, including its dialectics, regionalisms, anglicisms, and slang.

I have come to see foreign language acquisition as a permanent apprenticeship; this is also the way that I regard, and teach, writing and composition. The craft of writing, and the joys of speaking a language, share certain traits: they are both enormously demanding and enriching processes of communication that one never so much commands as continually works on, or lives with. Very few if any speakers of a language, to my knowledge, can claim to know all there is to know about it, and even then, assuming such a super-philologist existed, he might still, as we all do, get a word or a tense wrong from time to time in conversation.

Because language is largely a human creation, it is subject to human dynamics, and this means a whole lot of failure. Languages are imperfect signifying systems, and we are imperfect users of these systems, bound by our natural fallibility to falter, confound, and err in our efforts to convey meaning. But this shouldn’t doom us to a stormy fatalism or a grumpy resignation; it should instead give us hope and confidence. To make mistakes is to learn properly, and to expose ourselves to the potential for linguistic failure is in fact to really, truly speak a language. We might not be so keen on our mistakes when we make them, but it is essential to accept that this is the natural way to learn. If we can take ownership over our language practice opportunities with this in mind, remaining as ready to succeed as to fail, then we will all grow as speakers and stewards of whichever languages we know. And that is truly something to be proud of.

Stay tuned for more language learning stories and tips in the months ahead, and as always, enjoy!