Tips from a Test Prep Tutor: Good Habits Take You To The Finish Line! 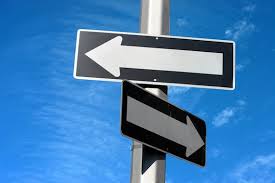 As a boston-based test prep tutor,  I’ve lately been thinking quite a lot about the power of habits and regularity. Good habits, bad habits, or disrupted habits - all of them influence who we are and what we do.

For example, I’d always wondered how a glassblower I admire learned to handle glass so effortlessly. The reason became clear when he told me that he knew he had taken a gather of glass (the first step to making a bubble) at least 150,000 times.  That kind of familiarity with raw material didn’t just make standard examples easier; it helped him improvise and adapt to particularly difficult cases.  That practice let him forget the mechanics and allowed him to focus on what he actually wanted to make. To complete the comparison, as a GRE tutor, I hope that the mechanics of math are so familiar that they can focus on where the problem leads them.  When students make time for reading or work on their math skills, that time spent practicing creates real academic benefits as well as improves performance on the SAT,  the GRE, or  the MCAT.  Unfortunately, finding or making the time for daily practice is hard.

While I would never advocate that a student do a thousand practice tests, I have found that the students who have succeeded the most (both academically and on standardized tests) did so by altering their habits to eke out more useful time. In the spirit of the upcoming New Year, it seemed appropriate to share some examples and insights from students over the last year who developed habits that really helped them academically.

Like anything, sustained effort is the best way to improve performance on any academic endeavor. Simple everyday practice helps more than any gimmick or quick fix. For ideas on how to make changes to study skills or academic habits, talk to a tutor from Cambridge Coaching.