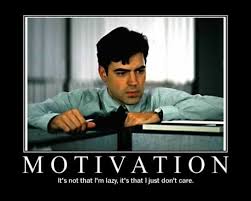 In this blog series, I will bring psychological science to bear on issues of studying and learning.

Consider Peter. He is 17 years old and, like most high school students, has a lot on his plate. To take one example, between his quirky but committed literature teacher and his highly supportive SAT tutor, he has been assigned a very long list of vocabulary words to learn.  Practically on a daily basis, he tells himself, “I have to sit down with my vocabulary list again today. I have to drill all those darn words into my head.”

To his credit, most days Peter does flip through the requisite 25 to 30 words and commits them to memory. However, even when he does get around to the task, it usually happens at the very end of the day, as he is quite adept at putting it off, and he often finds himself quite distracted while doing the task itself. Moreover, the mere thought of learning the daily set of words often brings with it stomach-churning and sometimes paralyzing anxiety.

External assignments can be valuable starting points, and a sense of obligation can serve a useful, if delimited, purpose by “pushing” oneself towards a desired action. Yet, hidden psychological costs accompany tasks seen purely as externally imposed obligations. Our own efforts to motivate action can over the longer term be, in fact, counterproductive.

How often we say to ourselves and others: “I should be preparing for this exam.” “I have to do well on the upcoming PSAT.” “My teacher/boss is making me do this, that, and the other.”  Such language not only reveals the obligatory relationships we unconsciously bring to the things that we do but also implies that something or someone unduly has power over your behavior. Research has shown repeatedly that, when we act as if goals are imposed upon us and our sense of control lies outside of us, we become more stressed out, less intrinsically motivated, and less competent at the task at hand. Faced with situations as students and workers where we feel like we are reacting to externally imposed obligations, we can take proactive steps toward greater self-determination.

First, consciously align the task in question with your own personal values and long-term goals. For Peter, he could look at the vocabulary assignment and ask himself, “How does learning vocabulary words fit with my own values and goals?” Brainstorming a bit, he might recall that he wants to become a more effective and articulate communicator, that performing well on the SAT will help him enter the college of his choice the following year, and that Latin roots in particular will facilitate his grasp of the Italian language (and he dreams about studying abroad in college).

Research shows that finding ways to connect activities to personal values and goals enhances self-determination and competence. One study found that children’s understanding the personal utility of an activity is a significant factor in self-determination and intrinsic willingness to do that activity. Another experiment compared two groups of college students: one learned material in order to be tested on it, while the other learned it to put to further use. The second group not only reported greater intrinsic motivation for learning but also demonstrated a greater conceptual understanding of the material.

Secondly, convert the externally imposed assignments (maybe by an academic tutor) into personal decisions. An important reframe of choice, internalization, and responsibility towards the task happens in the process. Moreover, such a shift entails a concomitant change in the way one uses language to describe the task.

Going to back to Peter, after taking the initial step of aligning his own personal values with the general activity, he is now in a position to convert it into a personal choice. He may find the standard flashcard method of learning vocabulary of limited utility and, furthermore, quite boring and demotivating. In consultation with his SAT tutor, though, he learned to employ other more engaging methods like storytelling and instant messaging. So, he makes a decision, tailored to his learning style and more on his own terms, to engage with the daily vocabulary using a variety of methods and games. Even though he catches himself on occasion saying to himself, “I have to learn the vocabulary words today,” he internalized the importance of saying instead, “I choose to learn the vocabulary words today.”

Indeed, psychologists have studied the effects of setting one’s own goals. Studies have shown that, in comparison to having goals assigned, students who set their own goals performed better on cognitive tasks, particularly when motivation was lower in the first place.

It also should be noted that, because we operate in contexts that often constrain us in various ways, making a personal decision about something does not necessarily mean that we perceive the activity as always enjoyable. Peter may very well derive enjoyable flow states from learning new words, particularly using the storytelling method that his tutor showed him. But, truth be told, he could also find other, more fun things to do with his time. Acknowledging feelings about not liking a task one chooses to do is not only okay, research shows that it increases self-determination and intrinsic motivation. While Peter acknowledges that the time with vocabulary words can sometimes feel like a drag, he is also conscious that he did not base his decision purely on ephemeral feeling states but rather on a more extensive examination of his values and other choices available to him.