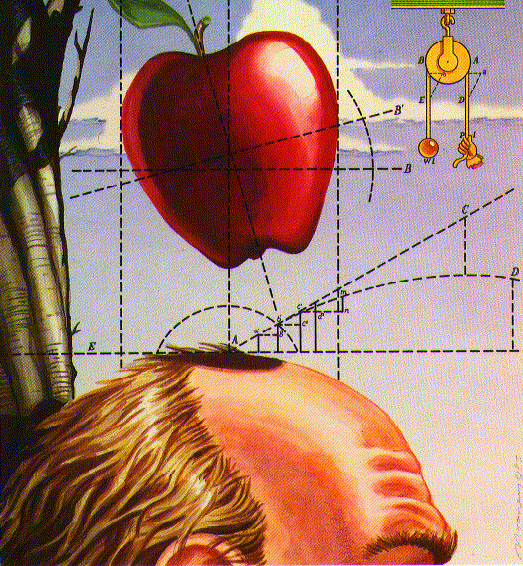 It's the return of the physics tutor blog! I hope you enjoyed our foray into the weird world of quantum mechanics over the last several posts. For the next short series of posts, we’re going to explore the important role that analogies plays in science, and discover the helpful boost that analogies can give to your understanding of physics.*

A broad view of analogies in science

One might say that much of the enterprise of science is an exercise in reasoning by analogy. We take what we already know – the concepts, theories, mathematical methods that we have worked out in familiar situations – and try to apply them in a novel context.

For example, we know that streams can sweep rocks along in their flow. As they are carried along, these rocks are split and smoothed by erosion to form sediments like pebbles or sand. These sediments are eventually dropped by the stream, forming features like sedimentary rocks, natural levees, or river deltas. By looking at the precise size and shape of the sediments in a rock sample, we can learn a good deal about the depth and flow rate of the stream that formed the rock.

What if, however, we weren’t looking at a rock that we picked up near the local creek? What if we were looking at rocks on Mars? The physics of moving water and the chemistry of the rocks’ minerals should be the same on Mars as they are on Earth, so why can’t we extend the scientific analogy and apply the same analysis? If we take this logical leap, we learn that a knee-deep stream once flowed vigorously across the Martian surface where the rover Curiosity is now driving, a thrilling discovery that presaged the direct discovery of water in the Martian soil some months later.

Indeed, some of the most celebrated scientific breakthroughs occur either when we take a collection of seemingly disparate facts and uncover a hidden connection that binds them together, or when we test a theory that all of our prior experience tells us should work and find that it fails. When we uncover hidden analogies or break obvious ones, we might catch a glimpse of the deeper laws that govern the physical world.

For example, the astronomer Johannes Kepler (1571-1630) described in exquisite detail how the planets move around the sun, but he did not tell us why they move as they do. At the same time, everyone knew that objects – balls of different masses, hammers and feathers, a cannonball, or even an apple, for example – fall to the ground under the influence of gravity. It took the genius of Isaac Newton (1642-1727) to take these seemingly separate ideas – the fall of an (apocryphal) apple and the motion of the heavenly bodies – and show that they are actually two different effects of the same gravitational force.

Through what medium, then, do waves of light propagate? Physicists went to great lengths to try to measure the motion of the Earth through this medium, the luminiferous (Latin for “light-bearing”) ether. Imagine their shock when they found absolutely no evidence of the ether! The null result of the Michelson-Morley experiment, called the most famous failed experiment in history, planted the conceptual seed for Einstein’s theory of special relativity, which revolutionized physics in the opening years of the 20th century.

Use analogies in your own physics class!

This talk of scientific revolution is fine and all, but how can you, sitting in your high school physics class in Cambridge or New York or Istanbul or Buenos Aires or wherever you are, apply these concepts? Easy! You apply the concept of analogy the same way that physicists do because you are being trained to be a physicist!

Through the long efforts of experimentation and theoretical calculation, we catch small glimpses of how nature works. It is our job as scientists to try to assemble these glimpses in a way that makes sense as a whole, not piling these disparate facts into a disordered heap of numbers and equations, but assembling them into one edifice, a machine that works as a whole because all of its parts are in their proper place. Analogies are the linkages that hold this machine together and make it run.

It is your job to do the same thing for yourself as you progress through your physics classes. Physics can be terribly difficult to learn if you approach it as a long list of seemingly random equations to be memorized, a jumble of numbers and variables. Physics classes can be much easier if you try to take each new fact that you are given and try to put it in its proper place, realizing how it is similar to and how it is distinct from other facts you have already learned.

We’re still being a bit general, so in the next few blog posts, let’s look at some specific analogies that pop up in introductory physics courses. I’ve found these parallels useful to keep in mind, and hopefully they will benefit you as well!

* With apologies to linguists and logicians everywhere, I am going to adopt a somewhat literal and loose definition of analogy. I don’t mean analogy in the sense of “What light through yonder window breaks? It is the east, and Juliet is the sun” or “O my Luve's like a red, red rose, that's newly sprung in June,” but rather in the sense of “Object A is like Object B in some fundamental way, so the rules and theories that apply to Object A should also apply to Object B.” That’s some poetry, eh?