The GMAT Tutor: Revisiting Past Questions 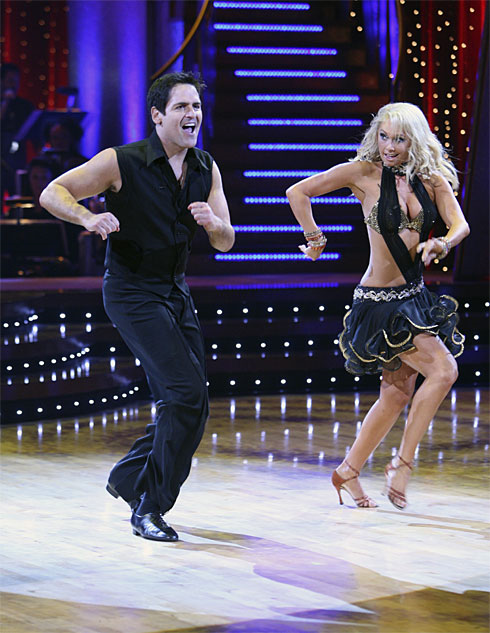 If Mark Cuban can learn how to rhumba, you can learn to stomp the GMAT

Last week, I saw the entrepreneur/Dallas Mavericks owner/Shark Tank co-host Mark Cuban profiled in a TV interview.  When asked about the best advice he had ever heard, Cuban cited an adage sometimes attributed to legendary basketball coach John Wooden: “The will to win is overrated.  It’s the will to prepare to win that separates winners from losers.”

Right away, I thought about GMAT preparation.  Think about it – every test taker wants a 700+.  Merely wanting a high test score – no matter how badly – does not differentiate anyone from the masses of other test-takers.

The will to prepare to win, though, is a key differentiator.  Test-takers who can heed the words of Clayton and Mac (scroll down to check out their excellent entries from the week before New Year’s Day), and can exercise that discipline consistently, will do well on test day.

For the GMAT, one critical – but sometimes overlooked – component to successful preparation is the willingness to revisit practice questions.  It’s never enough just to work through mountains of material, or even to supplement that work with error analysis.  Those two steps are necessary for success, but not sufficient.  The surest way to reinforce critical concepts is to use active recall – flashcards, sample problem sets, and full-blown practice tests.  Rinse, wash, repeat.  Emphasis on repeat.

Continue revisiting specific problems until they become automatic.  As long as you’re approaching questions in a mindful way (in other words, you’re not just instantly recognizing the set-up and saying ‘Oh yeah, that one’s ‘B’) then you will benefit tremendously from this process.  The set-ups, the concepts, and the common traps that the GMAC lays will become more and more familiar each time.  Just like a quarterback watching film of an opponent’s defensive schemes, a GMAT student should never just see anything once.  Do you think Tom Brady watches a defense's blitz packages just once before each game?  Neither do I.

As obvious as this advice might seem, however, it is not always heeded.  In the course of GMAT tutoring, I never have a hard time convincing a student about the value of going through a given set of material, be it a section from a practice book, a supplementary slide deck of questions that I’ve prepared, or even an entire sample test.  However, I sometimes find that it takes a significantly greater level of effort to get a student to revisit that material afterwards.  While it’s a natural tendency for most people to prefer to tackle more material rather than review problems they’ve already seen, the payoff from mastering an earlier set of problems would most likely be greater (If time allows, however, do both!)

Sometimes, when I first meet with a student who has already begun to prepare for the test, I’ll recommend that he take one of the CATs available on mba.com.  If the student’s response is, “No can do.  I’ve already taken both of those tests,” I inquire whether both CAT results were 800s.  When I find out that they weren’t, I insist that those CATs be retaken.  Until a test-taker has mastered virtually all of the questions on the mba.com CATs, he or she is not “done” with that material.  (In addition to increasing a student’s exposure to familiar questions, test retakes also expose students to new questions, as the computer-adaptive algorithm will suggest new material each time).

Don’t just take my word for this – study the greats in any field.  Even the best NBA stars go to the gym and shoot hundreds of free throws every day, even though they’ve shot many thousands before.  Concert pianists at Carnegie Hall spend hundreds of hours preparing for a major performance, even for pieces that they’ve already performed.

GMAT high-fliers do not simply attack as many problems as possible in order to prepare for the test. Instead, they mindfully revisit key problems in order to achieve mastery.  As they do this, their familiarity with question types increases, and the neural pathways they use to solve problems are strengthened.  By contrast, students who view revisits of specific problems as inefficient or as a waste of time will never achieve their full potential on the test.