The GMAT Tutor: Using the Case Method to Crack the GMAT 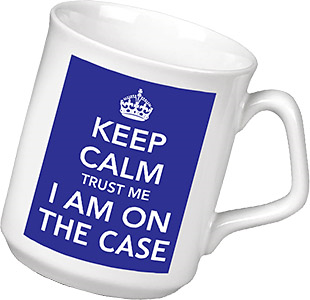 On the first day of a spring semester Business School Finance class, the Professor took the time to explain why he loves using the case method to teach the important principles from the course.  “I could just walk you through a bunch of theories,” he said, “But then you’d be stuck with some abstract knowledge that you’d mostly forget the minute you walked out of the class.”  He went on to say that by using cases, we can approach the issues in a more hands-on way.  The theory can then undergird those key case takeaways.

Right away, I thought about my experience with GMAT coaching.  Much like the Professor who is emphatic about using cases to illustrate the major points, I believe strongly in using actual test problems to build the bedrock of knowledge and experience needed for success on the test.  From now on, in fact, I’ll explain to students that each GMAT problem should be seen as a “mini-case” with its own valuable lessons and takeaways.  Much like an MBA student analyzing the meaning of a case, a GMAT student should never view a problem in isolation.  The point is never to merely learn how to work through a particular example, but to see how that process can be replicated across other questions and question types.

For instance, take a Data Sufficiency Problem like this:

(1)   The average high temperature for the first nine days was 64 degrees Fahrenheit.

(2)   The high temperature on the last day increased the average temperature for the period by 1 degree Fahrenheit.

A GMAT student in New York recently e-mailed me to ask about this question.  I wrote back to say that I’m even more interested in the process associated with this question than I am with the answer (D).  As I always tell my GMAT students, every time you see the words ‘arithmetic mean’ anywhere on the test, you should instantly know that you will need to find a total value.  That process needs to be automatic, in order to save time spent solving the problem AND to save time that would have been spent figuring out HOW to solve the problem.

Students applying this principle see the set-up and quickly write “650 total degrees” on their scratch pad.  When they evaluate statement 1, they write, “576 total degrees, days 1-9.”  At this point, they don’t even need to solve for the missing temperature (74), because they know they have enough.  Now, the answer must either be (A) or (D).

With statement two, they know the total number was 650, and they know that the period prior to the last day was nine days long, with an average high of 64 (since the overall average high was one degree greater than the average for this period).  Remembering that ‘arithmetic mean’ is always a code for ‘go find the total,’ they write 64x9 = 576.  Again, the difference between those two numbers is the high temperature for the 10th day, so there’s enough info here.  The answer must be D.

Since GMAC loves to write questions that involve arithmetic means with important values missing, the lesson demonstrated by this “mini-case” has widespread applicability across the test.  And the best way to identify those lessons – and to make them stick – is to start by tackling problems head-on.  Over time, a student will see many more problems of the same nature – always with a different set-up and different numbers.  As a GMAT student sees an increasingly large number of ways that information can be presented and tested, she will reinforce the major concepts that she has learned, starting with the first time she saw it applied.

The Professor went on to offer a few more thoughts about the learning process:

If you’re still having trouble, why not consider reaching out to Cambridge Coaching?  We have expert GMAT tutors available in New York, Boston, and online.