Biology Tutor: How to Remember the Steps of Photosynthesis 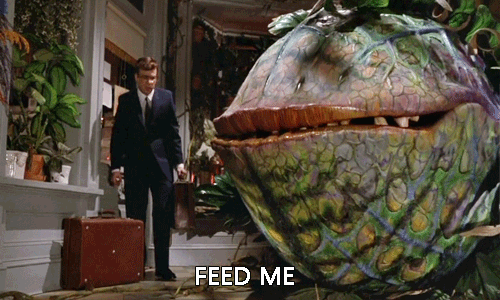 Most plants, of course, are happy with sunlight and water. Here's why.

Over the years, I have tutored many students studying for the AP biology exam and I have noticed that the majority of them find photosynthesis and cellular respiration very difficult and confusing. These are very important processes and any student studying for the AP exam, the SAT Biology Subject test, or any biology class needs to be comfortable with the material. However, there is so much information, so much detail, and so many terms, reactions, and steps, that students often lose track of the big overall picture. In the attempt to remember every step and name, they forget what is actually happening during each step.

A better approach to really mastering the material is to go over the general process in your head and be very comfortable with what photosynthesis and cellular respiration actually are. Then, you can slowly add more detail to each step and go over the specifics of the process until you REALLY feel that you know it well.  You can always try to memorize names, but nothing makes up for truly understanding the purpose of the biological processes those names refer to. Let’s go over the main steps for one of these processes here.

This is the process of making glucose—which cells use as an energy source—from sunlight energy, water and carbon dioxide. Only plant cells can do this, and the special organelle in the plant cells that can do through this process is called a chloroplast. Photosynthesis goes through two stages.

Stage 1: light-dependent reaction (this reaction depends on the presence of light; it can’t happen in the dark):

This starts when photons from sunlight strike the leaf, excite the chlorophyll (the light absorbing pigment that drives photosynthesis) and activate electrons. During this process, water is split into oxygen and hydrogen ions. This is where the oxygen generated during photosynthesis comes from. The activated electrons then go through a series of electron carriers, also referred to as the electron transport chain, and in the process lead to the accumulation of the hydrogen ions inside the thylakoid membrane (the disc-like structures in the chloroplast that contain chlorophyll), generating a proton gradient. As the protons go down their concentration gradient through the ATP synthase, ADP and P come together to form ATP—the energy molecule. The electrons going through the electron transport chain eventually end up combining with NADP+ to form NADPH, another energy-rich molecule that will be used later.

Thus, the result of the light reaction is the production of oxygen (released from the leaves), and ATP and NADPH, which will be needed for the later steps.

Stage 2: Light-independent or dark reaction (this reaction can proceed in the absence of light, but calling it a dark reaction might be misleading as it doesn’t happen only in the dark—it can just as well happen in the light).

This reaction uses the energy from light reaction to convert carbon dioxide into glucose. This might sound simple, but in fact the conversion of carbon dioxide to glucose proceeds through a series of reactions that start with 3-ribulose bisphosphate (RuBP) and eventually end up with the same molecule, producing glucose in the process. Because these series of reactions start and end with the same molecule, they are referred to as a cycle, specifically the Calvin cycle. The enzyme rubisco (RuBP carboxylase) is a very important component of this cycle. Of course, you will need to know the steps and names of the intermediate parts of the cycle, but as I said before, that will be much easier once you feel very comfortable with the general process. The overall, final photosynthesis reaction looks like this:

Now that we have created glucose, in the next Biology Tutor post we will go through the festive process of breaking it down.