Application Consulting: 4 Things You Need to Know About the Waitlist 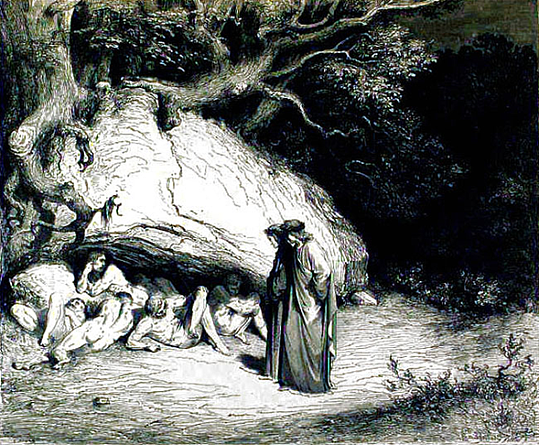 In Dante’s Inferno, Hell has a vestibule: a bleak, windswept, barren antechamber where dwell all the glorious Greeks and Romans who led righteous lives, like Virgil and Lucan and Homer, but who died before Jesus showed up, and so never had a chance to be baptized. So the inhabitants of this place are cursed to trudge around this grey and rocky tundra for eternity, safe from the tortures of hell, but forever blocked from the joys of salvation, too. The name of this place?

Not, not “Hotel California.” It’s called Limbo. But for thousands of high school seniors across America, the answer might as well have been “the Waitlist.”

Last week, most decisions were finalized, and the overwhelming majority of those who wound up on the waitlist received letters informing them that they were indeed not going to their top school. This is actually the rare situation where “overwhelming majority” is, in fact, underselling the situation: last year, it turns out, not a single person got into MIT or Stanford off the waitlist (while Stanford hit a new low in overall acceptances—5%). Numbers like this only add to the mystery of the waitlist. Questions abound: What’s it for? Does anyone actually get in? Is there anything I can do to get off the waitlist? These questions are hard to get the answers to, because colleges are loath to release them—they like the waitlist. It allows them to maintain their “yield” at a high level, which in turn jacks up their national rankings. The only person that really gets hurt is the confused student.

That’s why today, we present a list of 4 Things You Need to Know About the Waitlist.

1. You are probably not getting in.

Sorry to be so blunt about it, but any article about waitlists that doesn’t acknowledge the simple arithmetic of the situation is useless to you. This is primarily because colleges are hugely concerned with something called yield: the percentage of admitted students who enroll. Last year, Harvard, which has the highest yield in the country, hit 82%. Stanford hit 76%, and MIT hit 73%--and all three of these were record highs. And yet, note that even Harvard loses nearly 20% of the students it accepts. In Harvard’s eyes, that’s far too much. That’s why colleges maintain the waitlist: by accepting only the few students it is absolutely certain will attend, they can shore up their yield. But at the same time, that tells you who are trapped in limbo one essential thing—the only way to get in off the waitlist is if the school believes you are a 100% lock to attend. That’s not a guarantee, but it is a prerequisite. The film-thin sliver of waitlisted people whom the school considers for admission all fall into the 100% category. And that’s why…

2. You can increase your chances.

Not a lot, of course, but it can be done. There are three things you can do:

3. Do not, however, include a list of the schools you have gotten into—unless they are direct competitors of your target school.

As an online college application consultant, I get this question all the time: “should I tell the admissions department which other colleges I got into?” According to a former college admissions officer at Stanford and Dartmouth, the answer is: only if they are in the very same tier. Columbia, for example, doesn’t care about Georgetown or Michigan or even Berkeley. Those schools aren't "competitor" Ivies or Stanford. Likewise, Swarthmore does not care about Bard. It cares about Amherst and Williams. Deans like it when they can steal a candidate from a school that is their competitor. Unless it’s a question of financial aid, Swarthmore and Columbia know that you’re going to pick their school over Bard or Berkeley, so you aren't impressing them. But the question of financial aid brings us to our last major point:

4. Do not assume that the waitlist is need-blind, even if the school itself claims to be.

It has become so hard to believe schools which claim to be need-blind (GW was recently outed as having lied about its need-aware policy by its own student newspaper) that I won’t make pronouncements like “the waitlist is never need-blind,” but it’s a very safe assumption. On the waitlist, your financial situation is actually very important. Most colleges, especially those without multibillion dollar endowments (which is most of them), actually blow through their financial aid budget before they actually fulfill their enrollment target, which is why some schools like Wesleyan are need-aware for the bottom 10% of their incoming class. But what that means is that by the time they come to the waitlist, there’s virtually no chance that they have aid money left, which means they are deliberately looking for the students who don’t need help. And the harsh truth is, if you do get in despite needing aid, you are unlikely to be given anything like what you need.

I’m sorry that I couldn’t bring better news about this, but it’s better to be realistic about things like the waitlist than be self-deluding. This is true of the whole college application process, though. And remember—it’s not like there’s only one school for you, one school to rule them all. This isn’t Middle Earth. Yes, apply early to your dream school. But know also that you need to have a deep bench of schools where you could be just as happy—and those schools exist. I have known a number of students and friends who got waitlisted, then rejected, and it was the best thing that ever happened to them: they went on to have wonderful experiences at their second or third choices. That’s why it’s important to work with someone, whether it’s a guidance counselor, friend, or experienced application consultant who can help you apply to a broad but thoroughly-researched set of schools where you will thrive. If you feel like you don’t know where to start figuring out what those schools are, why not call Cambridge Coaching for a free consultation with our expert college coaches? We can help you figure out what questions to ask, and how to go about answering them.