The GRE Tutor: The Unexpected Key to the Analyze an Argument Essay 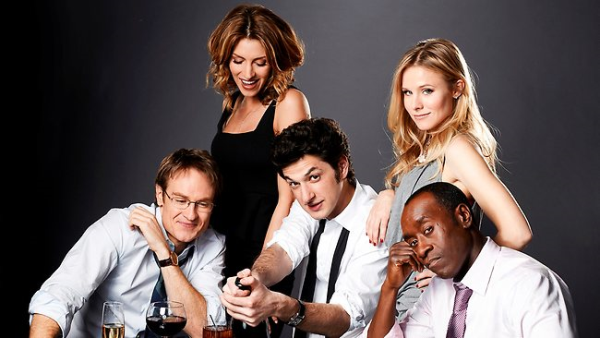 What can these guys teach you about the GRE analytic writing section? Everything.

One of the most common (and most accurate) knocks against standardized tests like the GRE is that the problems they contain have no real-world application. This isn’t entirely unjust; in your life, no job will ever ask you to pick two synonyms to fill in a single blank, as in the text equivalencies on the GRE.  While most of the question types have at least some relationship to critical thinking skills (answering a question by clicking on a single sentence in a passage may seem weird, but it’s no different from being able to point to a single line in, say, a contract), the questions can still seem pretty esoteric. And on the GRE, maybe the most esoteric of all the various standardized tests (it’s specifically designed to resist comprehension and strategy), the most baffling section might be the Analyze an Argument essay. But the truth is, the AAA essay, as it’s known to GRE tutors and students alike, actually has a very clear, practical real-world analogue: the consulting interview.

I know it’s weird, but bear with me here. When I do GRE analytic writing tutoring, I find that the best way to explain the difference between the two 30-minute essays which begin the test is this:

Highly codified, consulting interviews are built, like the AAA essay, around a single case study, like: a company that makes cheap soda wants to shift its brand image and transition to using real cane sugar and exotic flavorings, so instead of selling their sodas for 79 cents for two liters, they can sell them for $3 for a 12 0z. glass bottle. You have to advise them on whether this is a good idea in the first place, and if so, what do they need to know to move forward? The interviewee’s performance is evaluated on three criteria:

Even if you have no interest in becoming a consultant (what, you don’t like working crazy hours while spending four days a week living out of a hotel in Wichita, KS?), it’s important to see how similar this is to the Analyze an Argument essay. You’re being graded on your ability to see what information you need to make a decision, your ability to see the errors and presumptions the subject makes, and your overall presentation (i.e. language and structure). Fortunately for you, you don’t have to do any math; you just have to learn the various types of errors that GRE arguments frequently make (the Official Guide to the GRE has a complete list), and see which of those the authors make.

In the case of the waltzing chimpanzee, for instance, you might point out that the primatologist has entirely failed to control for other causes, has failed to prove that what we call “dancing” is actually dancing, and not, say, an anxiety attack, has failed to show that this “dancing” happens only when music plays, and blatantly anthropomorphizes an animal, using human traits to explain non-human behavior. These are just a few of the points you would make in analyzing this argument. You might then go on to propose questions that the researcher should ask, which if confirmed would actually prove the hypothesis. You can even, if the spirit moves you, propose an experiment.

In this essay, readers are not looking for a specific, codified structure, as with the Issue or SAT essay.  Insight and a high level of critical thinking/analytical writing (which is after all the name on the box) is more important than the form of the response. That does not mean that it can be just a series of disconnected bullet points.  It should be organized, with transitions and clear statements.  You can either attack one central fallacy, or expose a series of them.  The important thing is that you choose beforehand and state your intent.

Generally, this is not an essay you should agonize over. It’s an essay you can prepare for, and while GRE tutoring can help a lot, there’s a lot you can do on your own. If you’re really uncomfortable with expository writing, consider creating lists of introductory and transitional phrases.  These phrases should be memorized, and can be recycled for any essay on the exam.  But hey’re especially useful for the Analyze an Argument essay, which can follow a similar framework regardless of the essay prompt.  It just takes the guesswork out of the test. And fundamentally, that’s the goal of preparing for things like this, whether it’s the test itself, a GRE coaching session, or a consulting interview for a big New York firm—you want to take the guessing out of the equation. Standardized test prep (and interviews) are all about knowing the format beforehand. Because if you know what you’re going to be asked before you walk in, your chances are limitless.