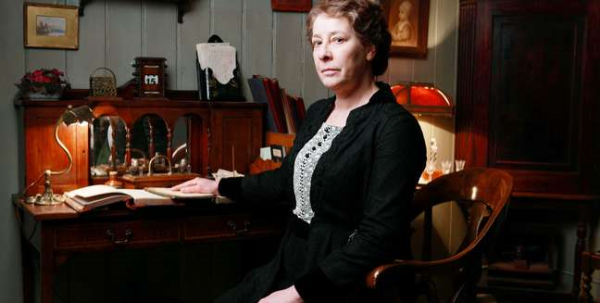 Mrs. Hughes may be morally perfect, but the rest of us have a lot of explaining to do...

Greetings once again, philosophy students.  Today I’m going to switch gears from the topics that have occupied my last several posts (tutoring philosophical writing).  As a philosophy tutor in Boston, summer inspires a lot of philosophical reflection, and so today I would like to share some of my ruminating with you.

Sometimes philosophy is divided into theoretical and practical parts.  Theoretical philosophy teaches us to ask questions like, “what is the world fundamentally like?”; “why is there something rather than nothing?”; “why should I believe the reports of my senses?”  The role of practical philosophy is to ask questions of action: “What ought I to do?”; “How should I go about living my life?”; “What, if anything, am I obligated to do?”; “What should I value?”.  When asking ourselves what we should do, in general, it would seem of the utmost importance to determine whether there is anything we are absolutely required to do, or refrain from doing, no matter what.  Such requirements and prohibitions are known as obligations, or duties.  And obligations/duties are said to be the demands of morality.  Hence, the question, “what am I to do?” quickly leads to the subject matter of morality.

Morality, you say?  Isn’t that an antiquated notion used by people in power to tell those not in power what to do?  Don’t we know that there is no such thing, or at least no such thing as absolute morality?  Aren’t such supposed demands relative to an individual’s beliefs, or a culture’s value system?  In other words, aren’t we all enlightened relativists now, with a healthy skepticism aimed at the ulterior motives of “morality” claims?

Not so quick.  When tempted by such sweeping judgments toward morality, it is good to ask yourself questions like, “Do I really think it would be morally ok for a person to torture children simply because they thought it was fun?”  “Am I really ready to concede that it is permissible for a culture to enslave people simply because the values they hold tell them it is ok?”  “Is there not hidden in my skepticism of the powerful a moral judgment of my own, namely, that it is not OK to abuse claims of morality simply to reinforce positions of power?”  I think that such questions should help us realize that much contemporary skepticism concerning morality is really aimed (and rightly so) at what has often been sold as morality, not toward the very notion of morality itself.

In any case, I beg your acceptance of this point for purposes of this short post.  You can always go back and question my mini-, largely rhetorical, argument here (and, as good philosophy students, you should!).  But for now, let us accept together that there is such a thing as morality, where by that I mean a non-empty set of absolute demands and/or prohibitions on our actions (and possibly attitudes as well).  I make no claims about the full extent of morality, but will expect that you agree with me on a few intuitive moral obligations.  For example, I will assume that it violates the demands of morality to make a promise to another person while intending the entire time to break it simply so that you can bring harm to that person.  Such “promise-making” is never okay.

Now, finally, I want to get to my philosophical problem.  It stems from the widespread (universal?) and firmly held belief that each of us, at some point in our lives, will sometime violate a demand of morality.  We will either do something that morality absolutely prohibits or we will fail to do something that it absolutely requires.  Let us assume, for now, that this belief is true.  That is, each of us is morally imperfect.  The assumption is not far fetched.  If you have ever felt guilt, you have believed that you have done something you were not supposed to do.

And now notice that we can extend the same questions that led us here to begin with.  What am I to do about my moral imperfection?  What kind of attitude or feeling ought I have toward it?  Are there any absolute requirements or prohibitions regarding moral imperfection?  If so, can I reasonably expect that I won’t fail to live up to those as well?  And if not, what am I to do or feel about that?  The desire to know what to do, coupled with seemingly inevitable failure to fully execute the answers produces the problem of moral imperfection that only ramifies itself the more you consider it.

Arguably, trying to do something satisfying about the problem of moral imperfection is one of the major aims of many religions (certainly the major monotheistic ones).  Acknowledgment of our “sinful natures” combined with dependency on a divine source outside of ourselves for deliverance and redemption may be seen as a religious construal of what I have labeled the problem of moral imperfection.  Unfortunately, much moral philosophy today does not address the issue.  Philosophy students looking for an interesting topic on which there is a relative dearth of recent work could do much worse than tackle this vexing problem.