Five Different Careers You Can Land as an Electrical Engineer 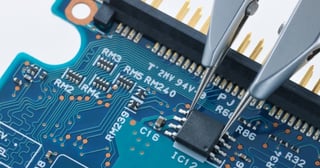 If you think that electrical engineers just work with complicated machinery with wires, look again. A major in electrical engineering is a gateway to jobs spanning the medical profession, the financial industry, the computer and smartphone industry, security industry, and telecommunications industry, to name a few. Let’s find out how this seemingly narrow field opens the doors to a wide world of career opportunities. It all starts with the problem solving abilities you develop in math and physics and how you apply those abilities to real-world problems. If you are not enjoying math and science classes now, the amazing array of career opportunities at the end might give you the motivational boost to pick and stick with the field.

In the digital economy, money is moved around electronically, including investments, purchases, and sales. Electrical and computer engineers design the information systems for companies to securely transfer money and keep it safe. They also often have roles of identifying risks and benefits in investments, purchases, and sales to maximize profit. High-frequency trading arose in this century as a way for stock market traders to adjust their investments based on real-time tracking of market performance, an operation requiring electrical engineers to design the high-speed data links and software to gain an advantage.

The Computer and Smartphone Industry

All of our infrastructure, including power plants, air traffic control, and trains have essential electronics and computers in their control systems that may have security vulnerabilities. Public and private companies are increasingly hiring in areas such as computer security. Electrical and computer engineers have the in-depth knowledge about how electronics work fundamentally, making them essential to keeping industrial systems running without getting broken.

Cable and telephone companies may sound antiquated, but they have evolved into the infrastructural companies that deliver cell phone service, Internet connections, and other ways we connect with the world. For example, telecommunications engineers maintain and expand wired and wireless networks. Electrical engineers continue to be in demand to satisfy the connectivity needs of consumers.

Are you interested in working with one of our New York or Cambridge tutors to help you enter in into the electrical engineering field?

October 13, 2021 Dreaming and designing: a short guide to your many lives
October 11, 2021 The role of insurance and common threats in health insurance markets
September 27, 2021 How to solve an empirical formula problem
September 24, 2021 Quantum numbers
September 22, 2021 A painless introduction to VSEPR theory
September 14, 2021 So you want to be an engineer...but don’t have a degree in engineering
September 3, 2021 Tips for success in organic chemistry courses
August 27, 2021 Think quickly: can you ace the world's shortest intelligence test?
August 25, 2021 Ask the right questions: how to know what you don't know you don't know
August 23, 2021 The finals crunch: a roadmap to working smarter, not harder
See all
navigate_beforeEdit Filters closeClose
Clear Tags closeClose
© 2021 Cambridge Coaching, Inc. All rights reserved.