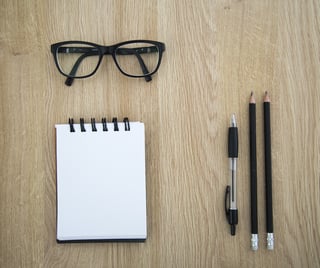 I still remember the exact order of the sections in my first LSAT diagnostic. First was critical reading; great, something that was familiar from the SAT. Then came two logical reasoning sections; hard, but at least I had a general idea of what to do.

Little did I know that the fourth section was logic games. After a crushing thirty-five minutes with the section, I came away shaken and defeated. I had no idea how to approach the problems systematically, had struggled with timing (to the point where I guessed on most of the problems), and was furious that law schools would take my ability to order people on buses or group clothing items into different sets as an indicator of my quality as an applicant.

Whether or not you’ve encountered logic games, I imagine your first encounter will be one marked by confusion or a little bit of despair (I know mine was!). Fortunately, I’m here to tell you that this section is not only far less formidable than it seems, but that it will likely ending up being your most comfortable section!

So why is it that the games aren’t as scary as they first appear?

1. The games are formulaic

While your first few games will seem like new and daunting challenges, the reality is that most games fit comfortably into a few distinct categories (ordering, grouping, or a combination of those two). This means that once you’ve gone through several practice tests, you’ll have seen all the types there are.

2. Diagramming strategies are easy to learn and master

Most of the stress from logic games comes from not knowing how to approach them. Diagramming solves this problem, and gives you a way to tackle games in a consistent manner that makes sense to you. There are no incredibly difficult techniques either; just lines and letters!

3. You will become scarily efficient

By the time I took the LSAT, I aimed to finish logic games sections with ten minutes to spare, and on my actual test finished five minutes early. Although timing seems like a major challenge at the start of your studies, the more you practice the diagramming techniques, the more they will seem second nature. You will naturally get faster without even trying.

Making diagrams lets you check your work after every answer; all you have to do is plug the elements back into the diagrams and verify you went through the process correctly. No other LSAT section has this type of safety mechanism, so you can be confident after you complete the section.

One of my good friends was terrified of this section and had no idea how to approach it when he first started. I gave him much of this same advice at the start in an attempt to calm him down. After he studied for just a few months, it became his favorite section! Logic games offer a unique mental challenge, and an excellent feeling of progress as you study for the test.

What can you do now?

Struggling with logic games the first time you encounter them is not only normal, it’s expected. But your reaction doesn’t have to be one of shock or desperation (even though there’s a strong temptation to feel that way). Rather, think of the logic games section as a challenge that you can and will overcome. Individual tutoring is a great way to tackle this challenge and offers you the opportunity to discuss specific logic games and tailored strategies that work for your brain. Cambridge Coaching can help; every LSAT tutor has come a long way since their first logic games section and knows how the process works. Mastering the LSAT is a wonderful feeling, and even though it might not seem like it after your first diagnostic, you will master logic games too!