How the LSAT Will Help You in Law School 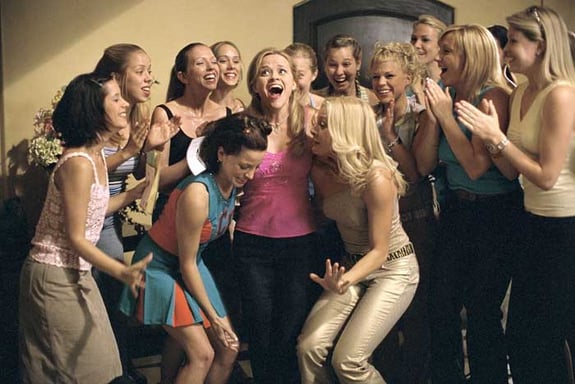 LSAT aces, get ready! [Elle gets a 179 in Legally Blonde]

If you’re going to law school, you’ve taken the LSAT.  (How’s that for a valid conclusion!  In fact, taking the LSAT is a necessary, but not a sufficient, condition for attending law school.)  The LSAT is meant to predict first-year grades in law school, and there’s some evidence -- if you trust the company which administers it -- that the predictions are decently valid.  (That’s a topic for another whole blog post…)  So, if you feel good about your LSAT score -- and the thought of the LSAT doesn’t give you nightmares -- the LSAC would tell you to feel prepared for that dreaded first year of law school.

But predictive validity isn’t everything: from my limited experience, people all over the LSAT spectrum can have all sorts of success in law school.  So how does being a law student really compare to taking the LSAT?  For your reading pleasure, here’s a section-by-section breakdown below.

The logical reasoning section asks you to evaluate, analyze, support, and pick apart short arguments.  That’s exactly what lawyers do!  Seriously, it doesn’t get more practical than this.  If you can identify the many arguments in a case or brief, take them apart, examine them, and then respond to them in a logical manner, you’ll go a long ways in law school and beyond

Logical reasoning questions are short, and there’s a single argument to assess.  Legal opinions, briefs, and memos are long, and might contain several major arguments, each supported by dozens of analytical moves.  Understanding and unpacking them requires a commitment and stamina that the LSAT can’t possibly measure.  Being able to answer a multiple-choice question quickly does not a good lawyer make.

See above!  (Or, as lawyers say, supra.  Get used to it.)  Law school involves a ton of reading, and you need to be able to read and process it efficiently.  The comparative reading section, which asks you to see how various readings relate to each other, is especially important: much of what you’ll be doing in law school is reading different sources of authority (opinions, treatises, hornbooks) and seeing how they all fit together.

Merely understanding what’s contained in a text is rarely enough in law school.  What’s most important -- and what you’ll learn to do, eventually -- is understanding what’s between the lines, what’s behind them, and where they will lead.  One of my favorite law professors, Elizabeth Warren, never asked us for the “main idea” of a passage, or to recall a detail hidden in a dense block of text.  Instead, she asked us to infer the issues driving the case.  I’ve yet to see an LSAT question that requires that!

How It Helps with Law School:

Think logic games were intimidating?  Try 1L!  Just kidding, although there is something to be said for mastering something that is really challenging.  What the logic games force you to do is identify the logical consequences of a few given rules, which is exactly what lawyers do when they take existing rules -- from statutes, or precedent -- and apply them to new, potentially unforeseen, situations.  It’s also exactly what law school exams will ask you to do, albeit in writing and not in multiple-choice questions.

How It’s Different from Law School:

If you’re going to law school, memorize this: “There are no right answers!”  (Well, there are some, but not many.)  Logic games, tricky as they can be, have cut-and-dry answers that simply don’t exist in the law.  In fact, what law professors value is not so much your ability to apply legal rules in a straightforward manner but rather your ability to play with the rules, to see both sides, and to highlight the ambiguity.  That’s what really demonstrates mastery of the law!  It just doesn’t show up on the LSAT.

How It Helps with Law School:

No, I didn’t forget this section!  It’s not scored, but your legal writing certainly will be.  In some ways, this section is the most applicable to law school: it requires you to take a few pieces of information, and advocate for one position or the other.  As on an issue-spotter exam, what matters is not so much your answer as how you defend and explain it.  This is pretty good practice!

How It’s Different from Law School:

The writing section is timed, and the prompts are uncontroversial.  It’s hard to get too emotional about them on an exam!  But, one of the great things about law school is that you are working on real issues, which you might -- and should -- really care about, and it can be really hard to decouple your emotions from your analysis.  But, to be a truly effective advocate, that’s often exactly what you have to do.  It’s definitely an acquired skill.  But that’s the point of law school!
So, LSAT aces, take heart!  Your logical prowess will serve you in law school.  And, LSAT dreaders, take heart too!  Law school is nothing like the test at all.  (How’s that for the ability to argue both sides?)

Interested in working with a legal studies tutor to coach you through your first year of law school? Feel free to drop us a note! Our law school tutors are based in Boston, Cambridge, and online. For more blog posts on legal studies, check out 6 Tips for 1L Success, Big Law versus Public Interest, and 6 Essential Law School Cases: A 1L’s Guide