How to Learn (and Retain) Foreign Language Vocab 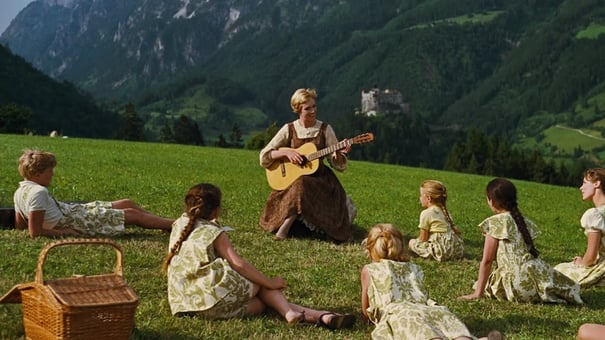 Julie Andrew knows a thing or two about mnemonics

Learning vocabulary in a new language can be a really daunting task, especially when you think about the thousands (and that’s probably an understatement!) of words you have to learn. But language learning doesn’t have to be all boring rote memorization. In fact, unless you want to forget all these words the next day, it’s better not to just memorize blindly. In this post, I’ll introduce a few tricks you can use to efficiently learn and retain vocabulary. Psychological research has shown us that we learn best by association, so that’s what I’m going to preach here:

If you’re learning a language that’s related to English (say, a Romance language like Spanish or French, or a Germanic language like German or Dutch), it won’t take long to find several similar words.

We’re lucky here because English happened to borrow a lot of “big” (that is, having to do with something cultural or scientific or political, etc.) words from French long ago, so if you’re learning any Romance language, you’re bound to come across these words. Even if a word doesn’t immediately look like an English word at first glance, see if you can find an etymology online that’s related to English.

Try breaking down words into smaller parts. Some languages are more conducive to this than others--Germanic languages, for example, tend to string together lots of smaller words.

Example: The word geben means “to give” (and sounds like it too).

3) Use Mnemonics (especially for words unrelated to English)

If all else fails, use mnemonics (which, by the way, is related to the word for “memory”). Think up something completely ridiculous and it’ll stick with you!

A friend once told me that his teacher told him to remember the word “celerity” (which means “speed”) by imagining a celery stalk running down the street. It sounds completely ludicrous, but to this day I associate the meaning of “celerity” with that imagery. You can do this with other languages too, especially ones that aren’t related to English.

Example: Let’s look at the Korean word for “ashtray”, which is jetteolli.

The key here is to use what you already know to draw connections to new words. If you just aim for rote memorization, you’re continually forming new memories and wasting working memory space. Instead, form word associations. Not only is it more efficient and fun, it will also stick with you longer!

For more blog posts on language learning from our language tutors in Boston and NYC, check out these posts: How to Learn a Language From Your Living Room, Why Should I Study Latin, and Tips and Tricks for the French SAT Subject Test. We're also happy to work with you one-on-one-- just contact us!