How To Write An Excellent History Paper 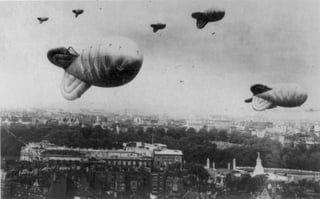 I love the film Bill and Ted's Excellent Adventure and I've seen it more times than I can count. It is about two teenagers on the brink of failing high school, unless they ace their final history exam. The Hollywood twist? The protagonists acquire a time machine that allows them to travel through different eras of history. Throughout the film, Bill and Ted collect famous figures, such as Abraham Lincoln, and together with these historical figures, they're able pass their history final. Unfortunately, time travel is not a viable option for history students. In the real world, we cannot ask President Lincoln about the 13th Amendment, instead, we must read historical works and derive our own analyses and conclusions.

I've heard many students complain writing history essays is "too hard," but I'm here to assure you crafting an excellent paper is NOT difficult --- as long as you know how to approach it! I've spent most of my academic career (high school, undergrad, and masters) producing history essays and over the years, I've learned a lot. In this post, I will share a few tips that I've used to generate successful history papers! (If you want to learn all of my tricks, feel free to schedule an appointment with me).

1) Come Up With A Clear Argument

The crux of a history essay is establishing an argument and being able to generate a convincing case using reliable published evidence. Let's say you have to answer this question: "Do you think German soldiers were willing participants in the Holocaust? Why or why not? Base your argument on the following two sources: Ordinary Men (Christopher Browning) and Hitler's Willing Executioners (Daniel Jonah Goldhagen)."*

That's a complicated question that requires a concise and convincing answer, but do not be dismayed! When starting into an essay, I ask myself, "Why should the reader care about my answer? What will it take to convince them I'm right?" Try to chose an answer that YOU believe in and can support with the available literature.

* Disclaimer: I was asked this very question in my 20th Century European History class as a freshman in college, so the examples I provide in this essay are from my own paper.

2) Think About the Structure of Your Paper

A superb history paper has a natural flow where one paragraph seamlessly transitions into the next one. You don't want to string random ideas together -- that will be jarring for your reader. It might also lead to confusion. You want your reader to follow your thought process easily. If your reader is left confused because you jump around, they'll be too distracted and not able to digest your argument.

For my Browning/Goldhagen essay, my structure was as follows:

The logic behind my outline was to introduce the subject and then state my position. Before any argument can be made, it is crucial that the reader has a basic understanding of what the sources are saying. For this reason, I provided a brief summary of each author's text/argument. Once this is established, you can proceed to the most important part of the paper: laying out evidence. This is the heart of a history paper because this is where you convince the reader to side with you. This might be the trickiest part of the essay, but if you can use the evidence to support your case and analyze your sources thoroughly, by the time you reach your conclusion, your reader should be agreeing that your argument is correct.

The best piece of writing advice I've ever been given and I still swear by is, "make your first sentence eye-catching. Get your reader's attention and make them want to read more." Teachers have to read and grade a lot of essays and that can get tedious after a while, so I encourage you to write something that will perk them up and get their attention!

Using our Holocaust example, don't say things like "Everyone knows that the Holocaust was a terrible event" or "Lots of atrocities, including the Holocaust, occurred during World War II." Neither of these statements is wrong, but they're bland and unimaginative because they're obvious. Write an opening statement that carries some punch like this: "The Holocaust, or the forced murder of six million Jews and other minorities, is a dark memory in German history due to its association with intolerance, mass slaughter, and Nazism." See the difference? The latter statement is bold and makes you want to read more.

This is the golden rule of a history paper and it relates to your ability to support your main argument. When building your position, you are going to make statements that should leave the reader asking, "ok, prove it" -- and that's exactly what you need to do.

Going back to our example, I wrote, "Browning is able to stray from the conventional malicious Nazi image and demonstrates to his readers that not all Germans were cruel." This is a bold statement and to back this claim up, I quoted Browning directly describing how the ordinary soldiers participating in the Holocaust were forced to follow orders from the German High Command, despite disagreeing with these commands. By having concrete information to reference, I was able to substantiate my claim. I cannot stress enough how important this step is in a successful history essay!

5) Don't Use Casual Language and Be Concise

The English you use when writing an essay is very different from the English you speak - that's an important distinction to keep in mind. Stay away from contractions, casual remarks, and do not talk to your reader like they are your friend. For example, avoid this kind of an expression: "The Nazis tried to wipe out the Jews." Instead try, "The Nazis attempted to exterminate the Jews." "Wipe out" is too casual and it's boring. "Exterminate" is more dramatic and it sounds more scholastic.

When you are writing, you need to be academic and, ideally, you write in the third person. Instead of saying something like, "I believe that..." use phrases like, "this paper will argue..." or "one could infer that..."

And finally, be concise! When you write, channel the power of few words. Don't ramble or overcomplicate things by being too wordy/verbose. This will annoy your reader and/or confuse them.

You always want to provide a concluding paragraph. I know this may seem obvious, but I've seen students make this mistake and it creates an essay with an abrupt ending. Like closing arguments in a court case, your conclusion allows you to reiterate the points you've made in your essay and further emphasize your argument. A good conclusion not only summarizes, but it leaves your reader agreeing with you.

Those are just a few of my tips for writing an excellent history essay. I hope they help you succeed in producing your next assignment! Before I end this, I'll leave you with one final thought. The beauty of history is that there isn't a clear right and wrong answer. History is an ever-evolving field. Whereas in mathematics, there is a specific answer to a question, in history, it's about how well you make your case.  Don't worry so much about "is this the right answer?" but rather, focus your energy on, "how do I make this the believable answer?"

Are you looking for history tutoring in Boston or New York, or online anywhere in the world?

Craving more on the topic of history?  Read on below:

Academic Tutoring Tips: The Trick to Preparing for History