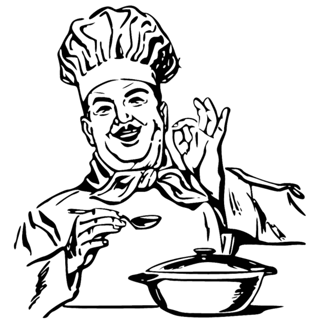 GRE Students often approach the issue essay wondering, “I know what good writing was in college, but what does the GRE want from me?” The short answer is that ETS sums up scoring criteria in rubric form and shares sample essays that show exactly what they want. The better answer is that they want to test you on certain key elements of a successful essay that tend to trip up new students. Here are a handful of tips on how to avoid those common errors.

GRE essays need to address the entire prompt, not just part of it.

For example, consider this one:

Claim: In any field—business, politics, education, government—those in power should step down after five years.

Reason: The surest path to success for any enterprise is revitalization through new leadership.

An essay could focus primarily on one field and then clarify implications for the other fields, but a well written essay that mentions just one field, e.g., education, would not be addressing the prompt. Similarly, an essay on the need for new leadership with no explicit mention of the five year limit would also fail to adequately address the prompt.

Claim: As people rely more and more on technology to solve problems, the ability of humans to think for themselves will surely deteriorate.

An essay that described the proliferation of mobile technology and the economics of the new digital market but not its effects on our ability to think for ourselves would not fully address the prompt.


Draw on your own experience

At the same time, the topics are deliberately vague and require the test-taker to offer concrete examples that support a clear position. Some students worry that they don’t have adequate knowledge to answer the prompt fully, e.g., “I didn’t even study cognitive science or digital media in college  -- how can I come up with a thoughtful answer?” In fact, your own life experience offers plenty of material. For example, consider your own or your friends’ experience with their smart phones, tablets, or laptops. If you like, you can consider earlier examples of technology, from the automobile to the printing press to the technology of writing itself! The topics are meant to be accessible to all test-takers.

Addressing the prompt does not, however, mean that you need to take a black-or-white position of completely agreeing or completely disagreeing with the prompt. In fact, it is often easier to develop and defend a middle-of-the-road position, such as “The availability new apps to entertain us at a moment’s notice can short-circuit our capacity for attention, but the accessibility of information and communication has enabled synergies and discoveries that were previously unimaginable.”

US examples to enhance, not repeat

Essays also need to include specific evidence and clear organization that develops an idea rather than simply repeating different versions of the same thing. Consider this example again:

Claim: In any field—business, politics, education, government—those in power should step down after five years.

An essay that made a general statement about the value of term limits for public office would need to do more than enumerate examples of particular officials or institutions; the essay would need to provide detailed descriptions of how power can malfunction differently in each case. Each example would need to illuminate a different aspect of the issue: One example might focus on financial corruption; another might focus on lack of accountability; a third might focus on lack of innovation. This series of examples would also demonstrates a smooth flow, particularly if there were strong transition sentences linking each paragraph, such as, “While abuses of power are particularly conspicuous, lack of innovation can pose the greatest threat to long-term success.”

The GRE also looks for variety in vocabulary and sentence structure, as well as clear language. Don’t use arcane vocabulary words with which you’re uncomfortable, but describe your ideas as fully and vividly as you can. This sentence, for example, does little to describe or connect the different ideas expressed: “Lacking new ideas is even worse than stealing or not getting the job done.” Compare it with the sentence from the paragraph above: “While abuses of power are particularly conspicuous, lack of innovation can pose the greatest threat to long-term success.” Here, the writer has provided the reader with more information by painting a vivid contrast between visible scandals and a less dramatic but potentially more damaging threat. The essays are also scored for grammar, and while a few mistakes made in the rush to get the essay on paper won’t reduce your score, consistent or significant errors will.

What all these criteria add up to is a focus on depth and insight in the response, as conveyed through focus on the prompt, detailed evidence, strong organization and flow, and skillful use of language.

Want some guidance and support?

More on the GRE:

A Secret Weapon for Learning Vocab

How to Use Rubrics to Hack the Writing Section