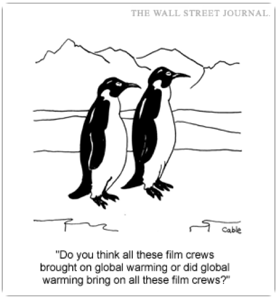 The argument analysis task presents you with a hypothetical situation and draws conclusions based on very weak evidence. Your job is to identify flaws in the argument, in this movement from evidence to conclusion.

A common challenge that first-time test-takers have is responding as though the conclusion is already set in stone, and the task now is to make recommendations about the situation, rather than identify flaws in the argument. In response to a prompt that presents evidence and claims about the viability of a new seafood restaurant in a hypothetical city, students might mistakenly provide recommendations about how to make the restaurant profitable, rather than identify all the missing evidence needed to better assess the restaurant’s viability.

Consider the prompt below:

A recent sales study indicates that consumption of seafood dishes in Bay City restaurants has increased by 30 percent during the past five years. Yet there are no currently operating city restaurants whose specialty is seafood. Moreover, the majority of families in Bay City are two-income families, and a nationwide study has shown that such families eat significantly fewer home-cooked meals than they did a decade ago but at the same time express more concern about healthful eating. Therefore, the new Captain Seafood restaurant that specializes in seafood should be quite popular and profitable.

Write a response in which you discuss what specific evidence is needed to evaluate the argument and explain how the evidence would weaken or strengthen the argument.

A first-time test taker might argue that Captain Seafood should make sure to carry healthful dishes at affordable prices, offer delivery options to increase sales, and assess the business opportunities in nearby cities. None of these suggestions, however, get to the flaws in the argument. So what are these flaws, and which ones are the most important?

2. Get to the Heart of the Matter

Once you have a handle on what the essay is requesting, the next big challenge is keeping your eyes on the big picture, or the most glaring flaws. You want to come up with a reasonable explanation for how the proposed course of action may not simply be based on weak evidence but is likely the wrong choice. You want to get a holistic sense of what might really be going on here. In the case above, judging by the new restaurant’s name, there’s a good chance that it offers not healthful seafood but cheap, fried options that will appeal less to the health-conscious crowd than the seafood offerings already available at other restaurants. If existing establishments could provide for the 30% increase in demand, why assume that there is a need for additional restaurants?

Begin by acknowledging the timeliness and relevance of the issue, e.g., describing the popularity of healthful food, the growth of two-income households, and the need for emerging businesses to make accurate predictions about the market. Then dive into your thesis, that the argument has too many fundamental flaws to accept at face value, while summarizing your argument in the most general way, such as mentioning the lack of background knowledge and concrete number values. Build up to your strongest point if you can: So that each paragraph is framed as “Even if the previous paragraph’s concerns were addressed, there is still a more fundamental flaw here.” This is the pattern followed in the GRE’s level 6 essay sample. The last body paragraph or the conclusion is a good place to describe your sense of “what’s really going on,” the final insight that leaves the prompt’s argument looking completely counterproductive.

After writing the body of your essay and the intro, you may only have time for a one-sentence conclusion that reiterates your position. If you have time for more, however, you can write a conclusion to summarize the main idea of each paragraph and even provide a new spin on the issue, such as, “Expanding markets offer potential for real profit, but local restauranteurs should carefully survey the two-income families in Bay City about their dining preferences before investing in a new enterprise.”

The length specifications and scoring criteria for this essay are the same as as for the issue essay, with greater lengths giving the writer more room to develop a complex argument. Practice with these prompts is very valuable, and most students find that they quickly develop the skills to pull apart any prompt’s argument at the seams.

Are you interested in learning more about Jedd, one of our incredible GRE tutors?

For more reading on GRE test preparation, check out some of our previous blogs below!

Acing the GRE essay Part III: A strategy for practicing