The GMAT Tutor: Beware of Unforced Errors on the Quantitative Section 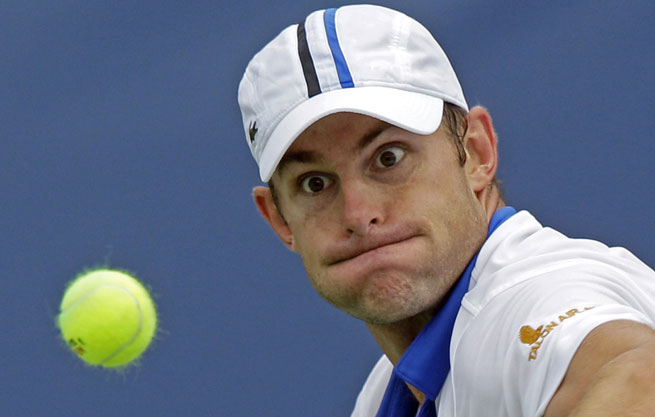 In tennis, an unforced error is defined as a missed shot that a player should have made using only “ordinary effort.” In other words, the player missed an easy shot—probably because he was tense from the game! On the GMAT quantitative section, I define unforced errors any question (simple questions, usually) that the student could have easily gotten correct. As a GMAT data reasoning tutor in Manhattan, I’ve often run into this issue with my students. Today I’ll walk you through an example of an unforced error, in hopes that you’ll be more diligent with preventing them yourself.

Question: A circle with diameter 2 is placed inside a square such that the four sides of the square are tangential to the circle at their midpoints.  What is the total area outside the circle, but inside the square?

The old ‘circle inside a square’ problem has been appearing on standardized tests for generations. It’s been around the block a few hundred times, and you’ll likely see it on the GMAT! Its resilience can be attributed to the fact that it is a seemingly easy problem fraught with pitfalls. The easy way to solve this problem is to consider that the square has side of length 2 and hence area 4, while the circle has a radius of 1 and an area of π, leading to a clear answer E.

How you could easily read the question wrong

Often, though, when a problem describes a circle, it gives the radius, not the diameter.  With a fast reading of this question, the student will sometimes replace the word diameter with radius in his head.  The test writers set this trap by placing the word ‘diameter’ early on in the question prompt so that the student will see the word before knowing what its significance will be to the rest of the problem. Next, they provide the answer choice 16 - 4π which this error will produce and, of course, they place this as answer choice (A), where you are likely to commit to it before having second thoughts.

Test writers take great care in what they use as false answers choices.  Notice how the ones above can all be reached by other common pitfalls that they expect you to make under time pressure.  Unlike in tennis, the GMAT scoring system does not separate unforced errors so an MBA admissions committee will not know whether you fell for the test’s common traps or lack a complete understanding of the math concepts.

How to Avoid Unforced Errors

As a GMAT data reasoning tutor in Manhattan, instead of advising students to just “slow down and be more careful,” I try to arm them with tools that they can use to reduce such errors. Good GMAT preparation usually involves solving hundreds of problems.  I encourage students to do two things:

1) keep a log of any unforced errors and
2) make a commitment to themselves to not repeat the same mistakes.

In our example, imagine that the student read the question a bit too quickly and, problem solving as if the circle had radius 2, chose answer (A).  In future problems, he should make a note to himself to always double check whether a value is given as circle’s radius or diameter.  The next time he sees a circle, he’ll be a bit more vigilant on this difference.

If you’re looking for GMAT tips, check out these blog posts written by our other private GMAT tutors in Boston and New York: Crucial Do's and Don'ts for Big Test Day, Don't Sleep On the Verbal Section, and When Should I Backsolve?

For extensive support on boosting your score, Cambridge Coaching offers private GMAT coaching in person in New York and Boston. We also offer online GMAT tutoring around the world. Feel free to get in touch with us!