The Top 3 Reasons You Should Study Latin 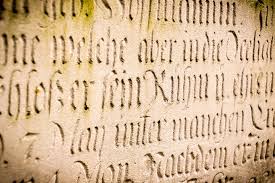 There comes a moment in the careers of most middle- and highschoolers learning Latin, and also among some college students considering it as a possibility when picking classes; a moment when they ask themselves (or their parents, or their teachers), “Why do I need to study this?”  After all, Latin is a dead language; unless you plan to become a senior Vatican official, you are very unlikely to have to speak it as part of your everyday life.  To add to this apparent lack of practical utility, learning it involves memorizing seemingly endless grammatical rules (and exceptions to those rules).  For English speakers in particular, even the concepts these rules embody are difficult to get your head around.  So why go to the trouble, when there are modern languages with less complicated rules that you could be learning instead?

1. It is the foundation of our civilization

My own academic background is in history, so I’m going to begin with a historian’s answer.  Latin was the tongue of the Roman Empire: the language at the time when the foundations of our own civilization were being laid.  In the Middle Ages, it was the language not only of the Church, but also of almost all learning and philosophy in the West, and of a great deal of record-keeping, international correspondence, and literature.  By the Renaissance, even as interest in Classical literature increased, the importance of Latin for other purposes declined; but it continued to be the preeminent language of European diplomacy until the seventeenth century, and of western science until the end of the eighteenth.  Thus, if you’re looking at any area of European history before about 1500, or intellectual history up though the beginnings of the Scientific Revolution, at least some of your primary sources are going to be in Latin.  Many of these, of course, exist in English translation; but many more do not, and even among the former group, their interpretation often depends on the precise meaning of a single word.  Historians, art historians, archaeologists, and anyone who has a serious interest (even an amateur one) in the pre-modern period all have good cause to learn it.

2. It can help you learn other languages

The more important reason to learn Latin, however, has less to do with Latin in itself and more to do with how it can help you to learn other languages.  Just for a start, the complex grammar that gives so many students a headache can be enormously helpful, simply because it forces you to think about and understand grammar in much more depth than you probably would otherwise.  Over the years, I’ve found this a huge asset in writing English well, let alone other languages.  Moreover, once you’ve taken even the most basic elements of Latin, you have the key to all the other complex European languages—German, Modern Greek, Russian—because they share the same basic structure.  As a result, your non-Latinate colleagues will be sweating over the concepts of cases and moods and the plethora of tenses…that you will suddenly find are practically second-nature if you’ve previously taken Latin.  And finally, all of the Romance languages—French, Spanish, Portuguese, and others—are descended from Latin. Thus almost all of their vocabulary comes from Latin words, changed by centuries and circumstances, but recognizable if you know the Latin.  The same goes, incidentally, for much of our own technical and high-flown vocabulary: adjacent is “lying at”, saxifragous “breaking of rocks”, propinquity is simply the word for nearness with a “y” replacing a Latin word ending.

3. It enriches your understanding of the arts

Finally, there’s the fact that stuff in Latin is often pretty cool for its own sake.  Having been the language of the Roman Catholic Church for seventeen centuries or so, there’s a lot of great choral music in Latin, and you can often appreciate it a lot more if you actually know what the words mean.  (To say nothing of how easy it is to remember and pronounce them if you’re in a chorus.)  And then there’s classical literature.  You’ll probably start with Caesar’s Gallic War, whose author (like Daeron I, for my Game of Thrones geeks out there), “writes with an elegant simplicity, and his history is rich with blood, battle, and bravery” (G.R.R. Martin, A Clash of Kings, 734).  And then you get to what I consider the good stuff.  No statesman ever used language more cleverly than Cicero; no one ever mixed theology and personal experience better than Augustin.  Catullus goes from writing about how great his girlfriend is to writing about how she dumped him and now he doesn’t know whether to love her or hate her in a way that’ll bring tears to your eyes even if you haven’t had the same thing happen to you (yet); and he can extoll a favorite place or be creatively rude to his detractors with just as much skill.  That’s just a selection; I could go on.  And sure, you can read them in translation, but come on.  In English you can’t admire the way they play with words; the music of the language doesn’t really come through.  It’s like reading a Spanish translation of Shakespeare or Wu-Tang Clan.  You really want the original to get the full effect.

And of course, that’s what Latin is for western literature.  The Original.

Are you interested in connecting with a Latin tutor?