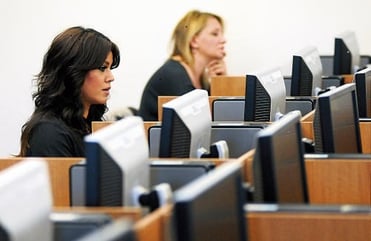 This week, one of our Master level tutors shares the most commonly forgotten test taking strategy: know the testing policy. Greg's anecdote sheds light on the responsibility of the student and the tutor to learn the policies of the test, and understand what motivates test policy changes.

In recent years, ETS (the administrator of the GRE, has has taken several steps to make the GRE more competitive with the GMAT, which is administered by the GMAC.  ETS has successfully lobbied several business school adcoms to accept the GRE as an alternative admissions test for MBA programs, and it has adjusted its own marketing materials to reflect this.  In addition, ETS introduced several policy changes to the GRE, such as shortening the mandatory "time-out window" for people who wish to retake the test, allowing more total retake opportunities, and introducing something called ScoreSelect.

ScoreSelect is a huge departure from past policies regarding scores and reporting -- it allows a student to choose only the scores that he or she wishes to send to any given institution.  With this option, a school is never able to know how many times an applicant sat for the test, nor the scores that he or she received on any iteration of the test other than the one that the applicant has chosen to report.

Naturally, this creates a powerful incentive for the test-taker to take the test multiple times (and thereby generate more revenue for ETS!)  ScoreSelect is partly responsible for the recent surge in popularity for the GRE among applicants to top b-schools. For each of the past several years, elite b-schools have reported bigger shares of GRE-takers among their incoming classes.

In a classic market response to competitive pressure, the GMAC has changed its own policies to become much friendlier to the test-taker, at least in terms of its score reporting.  A few years ago, the GMAC began to allow the test-taker to see his or her score before deciding whether to cancel.  While this still left a record of a cancellation, visible to anyone who viewed a test-taker's score report, GMAC radically altered this last year -- now, a GMAT student can cancel a score after seeing it, and the entire experience is never recorded on any score report.  There is still a limit on the number of attempts within a calendar year (5) and a mandatory wait period between exam sittings, but this dramatically changes the dynamic around scores.  Even an applicant who scores very well (say, a 710) but thinks she can land higher in the stratosphere can now take a "free" (other than that pesky $250 registration fee, that is) shot on goal.  If her score hits 720 or higher, she can keep it; if it's the same or less, she can simply have the entire experience vanish into the ether with a mouse-click.

The next day, I learned the hard way that GRE handles ScoreSelect in a very different way than the GMAT handles its keep-or-cancel process.  Knowing about the GMAT system in great detail (that's the test I'm most familiar with), I casually, loosely, and wrongly told a GRE student "you'll see the result and then you'll have the option to cancel."  As it turns out, this was wrong, and I only learned this in a text message from him on Friday afternoon.  After finishing the test, but before receiving a score, he saw a screen with this binary option:  He could either "report" or "cancel" his score.  Not expecting this at that moment, and not knowing what to do, he made the on-the-spot decision to cancel.  Thankfully, he and I both later learned (through website research and phone calls each of us made to ETS directly) that the decision was reversible -- he will receive a GRE score in two weeks that he'll be able to either share with school or chose not to.  Ultimately, it won't *really* matter in terms of his test score or his overall admissions process, but the blunt reality is that something I had told him a bit too casually could have had a much more significant impact, had the decision not been reversible.  Thankfully, he was very gracious about the entire thing.  (This is a student who I had gotten to know very well over the course of tutoring, and with whom I have no doubt I will stay in touch long after he is done preparing for, and taking, this test. All was not lost).

Looking back on the experience, the 'what would I have done differently' here is not a matter of knowing the intricacies of ScoreSelect more closely.  I would have been much more careful about the way I presented it, but much more importantly, I would have directed him to look into it himself.  As tutors, it's good for us to know these policies exist in general; however, these policies change all the time.  The best thing we can do for our students is to have them take ownership.  If a student asks "how long do I have to wait until I retake the GMAT?" or "Are the test centers open on Sundays?" or "how does the process of reporting a GRE score work?"  the answer that I'll be much more careful to give --  and that I encourage fellow tutors to give -- is to tell the student to get that info directly from the source, be it GMAC or ETS.  Of course, we can help them strategize based on that info, or help them decipher the layers of bureaucratic jargon on such sites, but it's essential that we don't even create the possibility in which a careless statement from one of us could lead a student down the wrong road in terms of a report/cancel decision.

Greg graduated from MIT Sloan where he received his MBA in the spring of 2014. He also holds an EdM from Harvard University and a BA from Stanford University. He is an Adjunct Lecturer at Boston University, where he teaches courses in Introductory Computer Science and E-Commerce. He is one of our Cambridge GMAT tutors.

Are you interested in hearing more from our New York and Cambridge GMAT tutors?  Read on below!