Thinking Harder Not Smarter: The Three Key Components of Memory 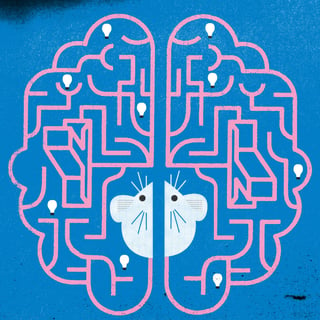 Debunking the Myth of Cramming

AP U.S. History was a nightmare for me. When did Abraham Lincoln pass the Emancipation Proclamation Act? Did the Alien and Sedition Acts happen under the Adams or Jefferson administration? My problem spilled over into other disciplines: did magnesium sulfate dissolve in water? Did government subsidies affect supply or demand? I responded to my shortcoming the way high school students do across America: I crammed more and slept less.

To no one’s surprise, I did terribly. Only later during a college neuroscience course would I really learn why. Memory, it turns out, does not work like a camcorder. Not every moment spent with your notes is worth the same, and not every memory is recalled perfectly.

Memory as an Active Process

To start, I think the most important thing to understand is that memory is an active process. Everything you experience through your eyes and nose comes to your brain, which makes active decisions on what to remember and what not to. Furthermore, only a select handful of those short-term memories will be preserved for the long term. By understanding this process of memory-making, I was able to finally pin down which elements in the periodic table are good nucleophiles and which have small atomic radii.

The first step of memory production is referred to as encoding. During this phase, the brain takes sensory information and forms a construct that can be called back for later. How can you make the brain encode specific things more easily? My gut response in high school was to repeat. I’d pull out flashcards and look at them again and again, late into the night.

That method works. Sort of. Research suggests that although repetition is certainly helpful, you also benefit from elaborative encoding, or forming new connections between ideas. Rather than stare at a flashcard - The Alien and Sedition acts happened in 1798 under the Adams administration – you benefit more from building higher-lever connections. For instance, I remember that Jefferson had an agrarian, small-government vision for America. That vision would not fit neatly with passing the Alien and Sedition Acts.

After a construct is encoded into short-term memory, it is potentially stored into long-term memory. Conveniently, such a process happens during sleep. The less sleep you get, the fewer memories your brain can hold onto. Maybe you only need to hold onto Ampere’s law for Thursday’s exam, but you might need it again come May.

Lastly, the brain needs to retrieve stored memories. Retrieval of memories seems to be cue-dependent, that is, people or objects or sounds that were around at the time of the memory help bring a memory back. (When eating bagels, I tend to remember trying to catch the bus.) For exams then, have the same cues around while studying that you would have in the classroom. Try to have the same degree of alertness. If you have track practice before chemistry, try exercising before hitting your chemistry textbook. On the extreme end of the spectrum, I have certain outfits I wear for each subject’s exam that I also wear during final exam review season.

Make Memory Work for You

The key here is to think smart, not hard. If you know how your memory works and can make it work for you, you can spend less time digging through flashcards and have more time for yourself. Cram less, sleep more, and watch some Netflix with your new spare time.

Interested in learning more about the psychology of intelligence?

What Can Athletics Teach Us About Academics?

Taking time for the how of learning, not the what