To Write a Memorable College Essay, Tell a Story 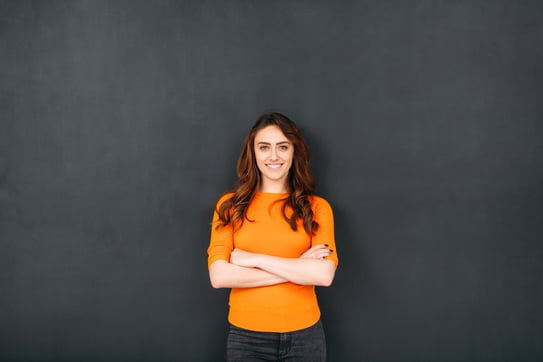 As I regularly tell students in my AP English classes, essays full of generalizations aren’t worth the paper they are written on.  An essay that fails to include concrete examples of the concept under discussion is forgotten the moment the reader reaches the end—if, indeed, the reader gets that far.

Samples of Writing With and Without Concrete Information

The above paragraph was itself full of generalizations.  To drive the point home, I offer the following examples.

At the beginning of the novel, Mr. Darcy demonstrates an outsized sense of pride in his status as an aristocrat. He regards it as beneath him to associate with the middle classes, barely deigning to speak when in their company. He also thinks his status gives him the right to be rude about Elizabeth’s physical appearance. After a while, he falls in love with Elizabeth and proposes to her. His proposal, however, is insulting and she rejects him.

Shortly after reading this paragraph, the reader will recall nothing other than that we are supposed to regard Darcy as a snob. A couple of days later, we won’t even remember how we were supposed to regard him. (Was it as a snob?  Or was there something about being bad at making marriage proposals?  I forget.)

Here’s the level of detail that should be included to illustrate each point in the above paragraph:

At the beginning of the novel, Darcy demonstrates an outsized sense of pride in his status as an aristocrat. We first meet him at an assembly room ball. Unlike his friend Mr. Bingley, who dances gleefully with every girl in the room, Darcy dances only with Mr. Bingley’s sisters, “declined being introduced to any other lady, and spent the rest of the evening in walking about the room, speaking occasionally to one of his own party.” When Mr. Bingley urges Darcy to dance with Elizabeth, Darcy responds—within Elizabeth’s hearing!—that “she is tolerable, but not handsome enough to tempt me.” After several more encounters with Elizabeth, however, Darcy becomes aware that Elizabeth’s face is “rendered uncommonly intelligent by the beautiful expression of her dark eyes.” Unable to resist Elizabeth’s charms, but still deeply conscious of his social superiority, Darcy proposes to Elizabeth. His brief declaration of love is followed by an extended articulation of his “sense of her inferiority—of its being a degradation—of the family obstacles” inherent in their widely differing social classes. Darcy evidently believes he is bestowing a favor upon Elizabeth in asking her to marry him. Alas! Darcy does not know Elizabeth as we do. Elizabeth roundly rejects his proposal and provides a frank assessment of his character:

From the very beginning—from the first moment, I may almost say—of my acquaintance with you, your manners, impressing me with the fullest belief of your arrogance, your conceit, and your selfish disdain of the feelings of others, were such as to form the groundwork of disapprobation on which succeeding events have built so immovable a dislike; and I had not known you a month before I felt that you were the last man in the world whom I could ever be prevailed on to marry.

The second paragraph about Darcy is more effective than the first because it provides specific examples of each point of analysis, with each example essentially being a short story in itself. The paragraph contains a story about a ball, a story about Darcy becoming smitten with Elizabeth, and a story of a marriage proposal. As Jonathan Gottschall notes in The Storytelling Animal:  How Stories Make Us Human, there is no more effective way to convey information or to persuade a reader of the truth of an idea than through story-telling:

As anyone who teaches realizes, most information bounces off with little impression and no recollection. Good professors and statesmen know the indispensable potency of story. This is not a new observation, but nowadays we have a better understanding of why it’s true. Changing the brain requires the correct neurotransmitters, and those are especially in attendance when a person is curious, is predicting what will happen next and is emotionally engaged. Hence successful religious texts are not written as nonfiction arguments or bulleted lists of claims. They are stories. Stories about burning bushes, whales, sons, lovers, betrayals and rivalries.  Story not only sticks, it mesmerizes.

Stories appeal to the emotions and thus help to form memories and persuade. As readers, we find the second paragraph about Darcy to be more compelling than the first because we can relate to our own experiences, ones doubtless charged with emotion. Who has not been rejected at some point? Who has not been slighted because of a relative lack of physical beauty? Who has not had their pride punctured when they least expected it? Who, then, cannot relate to Elizabeth and Darcy and be disgusted by Darcy’s arrogance?

The need to include concrete information applies as much to the college essay as it does to literary analysis. As a twelfth grade teacher and private tutor, I have spent many years coaching students in the college essay, and the process typically goes like this:

Draft #1:  Students will generally describe themselves as leaders, athletes, activists, or volunteers, as the case may be. The essay at this stage would be forgotten by any admissions officer within a second or two of moving on to the next essay.

Draft #2:  Students will provide examples of themselves in one or more of those roles, but the examples are still broad and contain few memorable details. These essays are better than the first, but students still fail to distinguish themselves from thousands of other applicants.

Final draft:  Students tell stories about themselves, using vivid language and specific detail, to engage the reader’s emotions. These are the essays admissions officers remember long after they have reached the end of the pile.

The best advice I can give to high school seniors apply to college, then, is to use the essay to tell stories about themselves—even if this means excluding other information they would love to convey. Essays that are essentially laundry lists of students’ achievements will rapidly dissolve into the blah, blah, blah of thousands of other essays. But powerful stories well-told are rarely, if ever, forgotten.

Are you getting started on your college admissions process, and looking for some guidance?

Craving more on the subject of college applications?

What should I write about? 3 rules to follow when coming up with a college essay topic

College Admissions: what to talk about in your alumni interview

Have You Finished Your College Application Essay? (Part One)