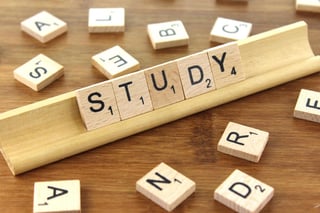 I get it, endlessly drilling vocabulary, parsing paragraphs, and reading about complex astrophysics is not the most fun way to spend sunny Saturday afternoons. After all, Saturdays are for the Boys or perusing Thought Catalog on what kind of Saturday is the best Saturday. With a little strategy, you can study in a way that is efficient for your time to focus on the things you need to know for the test.

Here are the top 6 pro-tips I wish someone told me about understanding GRE Verbal, from a 99th percentile scorer:

This one is a biggie. So many times GRE Verbal students get caught up in the content of a passage. Then, when asked about the passage, they say it was about art history, medieval women’s literature, or birth order genetics. They are not wrong, but the GRE Verbal section wants to test you on the structure of the graph in question, not just the topic or content. Think to yourself “What is the main point?” “Is this an argument?” “Who is arguing?  The author? Another individual?” “What is the support for the argument?” “What is a counterargument?” “Is a phenomenon being described?” “Is there a hypothesis?”

Soon you will start seeing the how the pieces go together as opposed to reading for content and understanding of a topic. You will see how the bricks and mortar come together to form a paragraph. Becoming a paragraph engineer will help you rack up points and reach your goal score.

I cannot stress how important it is to physically write out quick notes for both fill in the blank and reading comprehension. In the digital age, we all text and type so much, that we forget how to put pen to paper. The act of touching pen to paper, and then forming letters forces your brain to condense thoughts and organize thinking, according to Scientific American. Even if it is just a word or two, it can simplify a massive block of text and make comprehension easier. Saves you time on the back end, because you can look at your notes instead of going back into the jungle of a long paragraph.

3. Add A Hint of Synonyms to Your Study Recipe

I love playing the synonym game in GRE Verbal. Honestly. Basically, what you do is cover up the answers. (No peeking! That’s the game!) Then, using your own brain, come up with three words that are synonyms to fill in the blank. Write down your synonyms. Force yourself to do three, for example: Muscular, Brawny, Strapping. It is harder than you might think. However, this game creates the kind of neural connections that the GRE is testing. You might even come up with an answer that matches the one they provided!

4. Slow is Fast, And Fast Smooth

Oftentimes I tutor students who say “I ran out of time.” Timing issues are a symptom, not a cause in and of themselves. The test is designed for takers to be strategic with their time. Hence, a concept adapted from the Navy SEALs “Slow is Fast, And Fast is Smooth.”

Imagine having to shoot an MK11 sniper rifle 20 times in 2 minutes and being on the mark. If you are like me, I probably would be unnerved by kickback, and maybe some might hit close to the target. But for the most part, I would need marksman practice. It is better to study the right form, angle, and focus, and then take your time to hit those targets. Then, and only then, pick up the pace and sink them for the real-life setting. The same general principle applies to GRE Verbal. Diagramming paragraphs, coming up with synonyms, eliminating bad answers may take a lot of time at first, but if you have the right form, you can work on speed later. You have to create those neural passageways of pattern recognition first, though.

This is the essence of practicing smarter rather than harder. Come game day, you will have strong habits already established for you to crush the GRE Verbal section. Be like that tough, but smart Navy SEAL, and find that target, aim and fire. Practice makes perfect.

5. Put That NPR Voice to Work

I studied and worked in journalism for a hot minute. Broadcasters have a specific voice that they use to communicate clearly and effectively, but more recently people have taken on a more intimate, conversational tone of voice. Some people call this NPR Voice. As Ira Glass the founder of the successful podcast “This American Life,” states, “Any story hits you harder if the person delivering it doesn’t sound like a news robot but, in fact, sounds like a real person having the reactions a real person would.”

The most effective way is to almost “overact” the lines of text you are reading in your mind. What this means is pause on every comma, raise the pitch of your internal voice at a question, and think about how you might rephrase the content of a fill in the blank paragraph or reading comprehension to your bestie in 140 characters or less.

GRE Verbal has some complex concepts and passages, but playing the role of a radio newscaster presents the information in a more approachable, interesting way, rather than a dry, didactic way.

6. Every Breath You Take

Every move you make on the GRE Verbal section can cause a bit of mental stress. That is part of the game of the GRE. It is designed to throw you for a few loops. Taking a few deep, cleansing breaths during the test has been shown to reduce that game-day stress, and actually stimulate the neurons in the amygdala, which is the part of the brain that controls fear-based responses. Researchers at Northwestern University also found memory was better on the inhale for a series of test subjects. It is no joke. Just like you breathe deeply working out or doing yoga, a series of slow, deep breathes can refresh the mind, and get you out of the “fight or flight” mode when it comes to taking the test. You want to be calm and collected. You are in charge of this test, you tell it what the answer is, and it is not going to cause you to get panicked.

That’s all for now. Go out there and study smart, folks!

Would you like to work with a GRE tutor in Boston or New York, or online anywhere in the world?

Want to read more posts on the GRE from Cambridge Coaching?

Who struggles with GRE quant? (Hint: Pretty Much Everyone)

Tips and Challenges for Reading and Responding to GRE Passages