College Admissions: The Benefits of Ancient Greek in High School 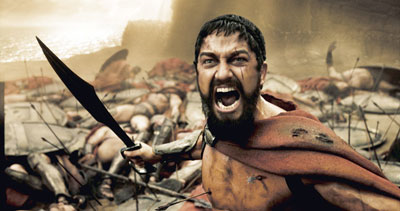 This is how colleges see applicants who have studied ancient Greek.

Today, we offer the second of two guest posts from our good friends at Calder Classics on why learning a "dead language" might be the very thing that gives you the edge you need in college admissions (see the first one here). Based in New York, Calder Classics is an elite educational company committed to helping students prosper by giving them the chance to learn the classics in the very places they were created: Rome, Florence, and Pompeii.

In the first of these two posts on the benefits of Latin and ancient Greek in getting into college, I noted that getting in to a good university, let alone your dream school, is tough. It still is. And there still isn’t a special google-algorithmic-magic-recipe for getting in to the college of your choice. I also suggested taking Latin as a way to differentiate yourself from other applicants, improve your verbal SAT score, and show that you have the ideal foundation for any scholastic pursuit (major). I have something else to recommend to increase your collegiate chances: Take ancient Greek. “Ancient Greek?” You ask. “How is that going to help me get into, succeed at, and find friends at college?” Below are four reasons why ancient Greek is an optimal pre-college course.

1. Stand Out Even More on College Applications

Taking a course in ancient Greek, whether in or outside your school, will make your application stand out from the crowd. In my previous post, I quoted William Fitzsimmons, Harvard’s dean of undergraduate admissions and financial aid, saying that “because so few students these days master Latin, it can help an applicant.” Ancient Greek is the next step. Not only will you distinguish yourself from other general applicants, but you’ll have gone above and beyond, taking your interest in ancient languages to the top level. It’s this--pursuing something to the highest level possible--that colleges (and later on, employers) like to see.

Describing the ideal education, Winston Churchill wrote, “I would make them all learn English: and then I would let the clever ones learn Latin as an honor, and Greek as a treat.” Learning ancient Greek, perhaps even more so than Latin, requires curiosity, abstract thinking, and discipline. It’s an entirely new alphabet, for goodness sake! Colleges recognize this. They also know that the top high schools in the country offer courses in ancient Greek. Trinity School, one of the top private schools in Manhattan, offers two electives in Latin and one in Greek, and in the past has sent over 37% of its graduating classes to “Ivy League Plus” universities. Be competitive with those students. Take an ancient Greek course either in or outside your school.

Knowing the Greek roots of English words can be just as helpful as knowing the Latin ones. For example: “The philanthropist gave all her money to charity.” The word philanthropist comes from the Greek words “philo” to love, and “anthropos,” mankind, and thus means someone who loves mankind, or in modern parlance, someone who performs charitable or benevolent actions.  Being able to identify these roots by learning ancient Greek in high school will help you excel on your verbal SAT without rotely memorizing definitions.

3. The Ancient Greek Language and Culture are the Foundation of Western Civilization

Just as with Latin--if not more so--perhaps the most important aspect of studying ancient Greek and learning about ancient Greek culture is that it provides you with a strong foundation from which to explore other areas of study. The accomplishments of the ancient Greeks can still be seen in our culture today. Want to major in Government? Democracy was an ancient Greek invention. Philosophy? That was too. Like James Joyce? Want to study physics? Both owe a debt to ancient Greece and the Greek language.

Where can you learn ancient Greek? Want to add it to your transcript? This summer at Calder Classics, we’re offering an Introduction to Ancient Greek Course and Intermediate / Advanced Reading Course for high school Latin students in Brooklyn, New York from June 16 to July 18.