The French Tutor: Tips and Tricks for the French SAT Subject Test 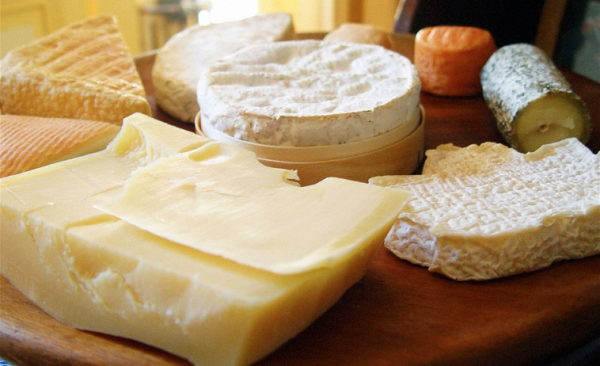 Hello, dear readers! With the June SAT II Subject Tests date just around the corner, I’ve been kicking my 1 on 1 tutoring into high gear, working with students all across New York on several SAT II subjects, most notably French. In today’s post, I will return to a format that I’ve used in the past, called “Anatomy of a Question,” in which I painstakingly dissect a real, live SAT II Subject Test question for your edification and enjoyment. We’ll be looking at samples from the SAT II French exam, focusing on grammar. Hopefully, the below will be more of a refresher than a new introduction to these concepts and strategies, but either way, sit back, relax, and enjoy… Well, don’t relax too much, because you’ll want to remember these techniques for test day. But once you’re in that (semi-relaxed, still alert, very test-ready) frame of mind, do read on.

We can work on solving this right away by ascertaining what part of speech has to go in the blank. Because the sentence ends with the construction “à m’offrir,” we know the context – some thing is being offered to me. Now it’s our job to figure out what kind of thing. A quick scan of the answer choices reveals that it won’t be as easy as just picking a relevant noun from a list of possibilities. Instead, we can see that we’re dealing with quantities, discriminate and indiscriminate. Before we get into the nitty-gritty of each choice, we should see if any can be eliminated right off the bat.

Answer choice (B) sticks out because it is part of a negation. We know that “rien” means “nothing,” but we also remember how negations function in French—like sandwiches. In a classic negation, the predicate, or the auxiliary verb in the predicate construction, is surrounded by the two halves of the negation, the ne and the actual negating word (rien, personne, plus, aucun…). So for a simple example such as: “I have nothing,” we’d need to say “Je n’ai rien.” With this in mind, we can see that the sentence in the question is missing something crucial: the first part of the negation. Since it is written “Marie a” and not “Marie n’a” we can safely eliminate (B) as a choice. Marie definitely does not have nothing to offer me.

So what does she have? Answer (A) looks similar to answer (D), but they mean slightly different things. We know that “quelque” on its own is an indiscriminate quantity—the equivalent in French of “some.” When the word “chose” is tacked onto it, it becomes the equivalent of “something.” This is an important difference, because “something” actually can function in a sentence like a noun, while “some” on its own cannot. We’ll get to this in a minute, but first, we’ll take a quick look at answer (C). “Plusieurs” is another indiscriminate quantity, the French equivalent of “several.” So from here, we can see that we’re choosing between three vague answers, two of which are quantities, and one of which is a noun: something, several, or some.

In English, all of these answers work as is: Marie has something to offer me; Marie has several to offer me; Marie has some to offer me. But what about in French? Luckily, or unluckily, for us, quantities in French are less straightforward on a grammatical level. What does this mean? Well, we can recall that in French, quantities cannot be used separately from the objects that they quantify—in other words, you can’t talk about “several” or “some” or a “few” or a “lot” without specifying of what. This is accomplished with the handy pronoun en, which often serves in sentences as the placeholder for objects that need mentioning in expressions of quantity. For example, when we want to say “there are several (of them),” the construction is “Il y en a plusieurs.” Alternatively, we could also specify directly what there are several of—“Il y a plusieurs chambres”; “Il y a plusieurs choix”; “Il y a plusieurs chiens”, etc. But we cannot just say “Il y a plusieurs” on its own. For that kind of expression, where we have no intention of specifying the particular object in the sentence, we need to insert the pronoun en, which does the dirty work of referencing the intended objects for us. So what does all this mean? It means that our question just got a lot easier to answer. We can return to the answer choices of (C) and (D) and now see that they cannot properly function in the sentence as given. We would need the sentence to be written “Marie en a…” and not just “Marie a” in order to use indiscriminate expressions of quantity. Thus, by the powers of elimination, we can select (A) as the right answer.

It is worth pointing out that (A) was a great answer choice all along—and here’s why: as we said earlier, “quelque chose” can function in a sentence like a noun. One can use “quelque chose” exactly as one would normally use other nouns. Take a few quick examples:


Because “quelque chose” functions in this way, it is a natural fit for the sentence. If we came to this question in a hurry, with only a very small amount of time left in the section, we could select the answer choice (A) without needing to move through the huge calculus that we deployed above. We could simply see that “quelque chose” works grammatically and makes sense in the context. In a pinch, that’s all we need—and that’s something.

Let’s try another question, this time working with gender and number.

Again, our first order of business is figuring out the context and meaning of the sentence. We can recognize that the verb réussir, used here in the past participle, means to succeed. We also note the use of the expression “grâce à,” which is the French equivalent of “thanks to.”

A little vocabulary interjection: the French language has many expressions to describe causal relationships. While in English, we usually use phrases like “because of” and “due to” almost interchangeably, in French the situation is a little more complicated. The added complexity comes from the specific connotation of certain expressions; expressions exist to describe exclusively positive causal outcomes, exclusively negative ones, and neutral ones. Thus, based on the emotional context of a cause and effect, certain phrases will be privileged over others:

Thanks to my inheritance, I live a life of luxury! = Grâce à mon héritage, j’ai une vie luxueuse !

Because of the traffic jam, I arrived an hour late. = À cause du bouchon, j’arrivais une heure en retard.

So, back to our question, we can see that the sentence is talking positively about something that helped him (whoever he is) succeed. Now that we know what the sentence is about, we can get to work selecting the best answer. Since the blank comes after a possessive article, we know that the skill being tested here is our awareness of gender and number rules. Let’s dive right in. The possessive is “son,” which is a singular possessive that either works with masculine nouns or with feminine nouns that begin with vowels (to avoid two consecutive vowels in the sentence). Accordingly, we can scan the answer choices and eliminate any plural words right away. We immediately note that answer choice (A), talents, and choice (D), oncles, are both plural – and so they get the boot. A singular possessive cannot work with plural objects, and vice versa; since we have a singular possessive, we can only work with singular nouns. This is helpful, because we’ve cut our answer possibilities in half.

Now, both of the remaining choices are nouns, but there are important differences between them. Let’s assume for a moment that we don’t know what “gentillesse” means. No problem—we can still answer the question. We can easily recognize that “amie” means friend, and the terminal e indicates to us that the word is in its feminine form. Even though the possessive in the sentence is in the default masculine form (son), we also note that “amie” begins with a vowel. Written and oral French always privilege the fluid flow of sounds across the page and across space. Accordingly, spelling and pronunciation rules often reconfigure words so that they encounter the least resistance to fluid, continuous articulation. That means lots of elision and liaison (running the ends of words into the beginning of the following ones) and almost no glottal stops (pauses between vowels, especially two different ones). With this in mind, we can see how French prefers to write/say “son amie” – an expression where the n in son can move directly into the open vowel of the a in amie -- instead of “sa amie,” which would necessitate a pause between the two a’s. So, we know that “son amie” is grammatically correct, even if the gender discrepancy initially looks off-putting. We are almost ready to choose this answer and be done, but there’s one last thing to double-check.

Let’s quickly pivot to “gentillesse.” Even if we don’t know what it means, is there anything we do know? Well, we can recall that there is a rule in French spelling that all words that end in –esse are feminine. Thus, the word, as a singular, would need to take the singular feminine possessive, sa. But instead, the question provides us with son. Thus, this answer choice is no good. With (C) eliminated, we can confidently select (B) as the answer. [Just for kicks, the word “gentillesse” is derived from the adjective gentil(le). As gentil means kind, it follows that gentillesse, the noun form, means kindness.]

Keep these approaches in mind, dear readers, as you continue to prepare for the SAT II Subject Test in French, coming up in just a few weeks. Don’t hesitate to reach out and talk to one of our stellar French tutors in New York or Boston if you have any questions, and in the meantime, stay tuned for more dissections of test questions coming soon. Bonne continuation! And as always, enjoy!