Constitutional Law: Could the 9th Amendment save us from tyranny or is it a slippery slope to tyranny itself? 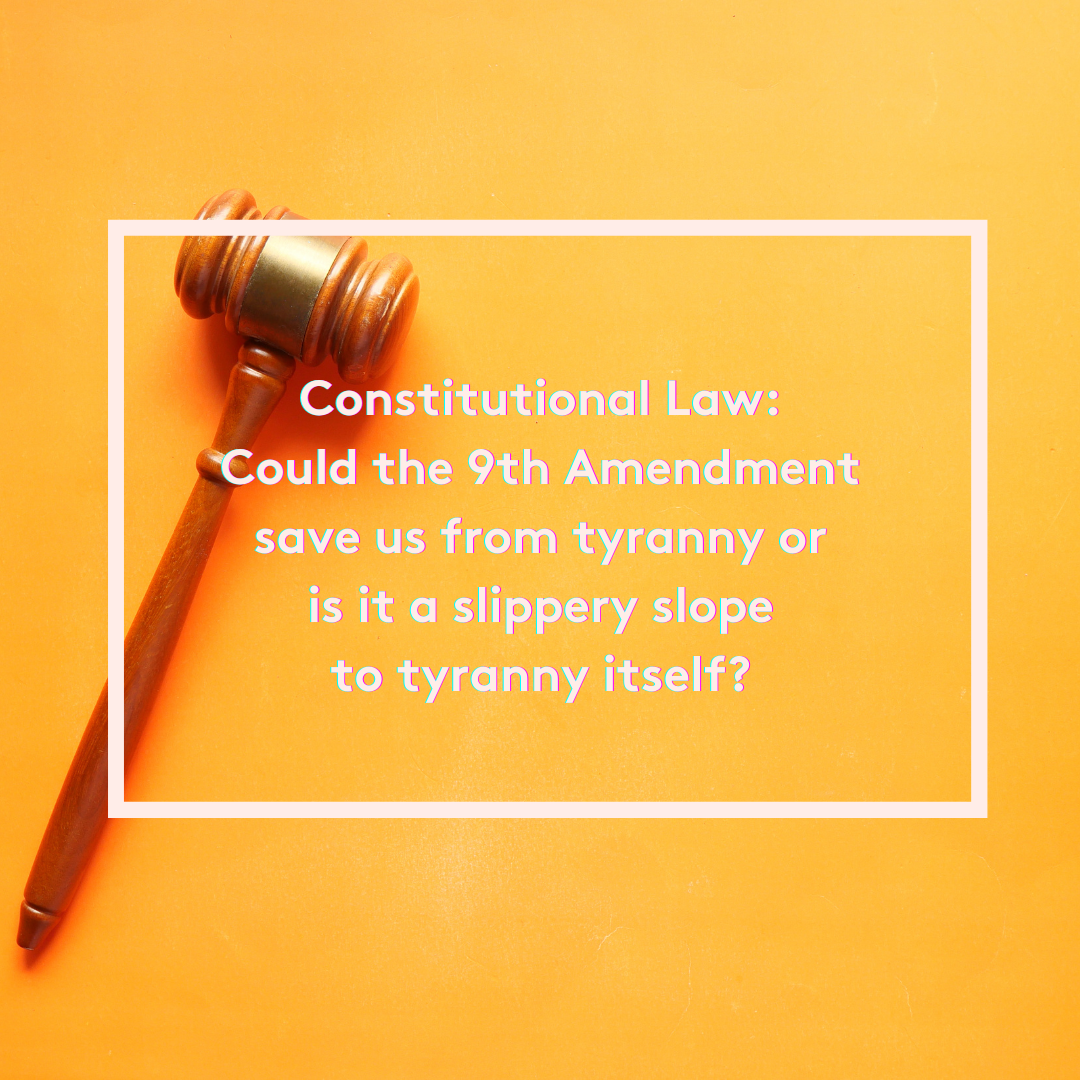 Griswold v. Connecticut, 381 U.S. 479 (1965), was a formative case for the Supreme Court jurisprudence regarding the Fourteenth Amendment. But it’s the discussion regarding the Ninth Amendment among several of the opinions that is irresistibly intriguing, spurring the imagination as to what the Amendment could do. Six justices felt moved to speak on the Due Process Clause. Of the six, four commented on the role of the Ninth Amendment, and the other two were likely influenced by it.

Stewart and Black recognized the slippery slope of Goldberg’s and Douglas’s analyses. If the Ninth Amendment opened up jurisprudence to rights and zones of rights, such as the zone of privacy, jurists would find themselves wielding “broad” decision-making power. They understood the majority’s exercise, similar to that of the spurned Lochner v. New York, 198 U.S. 45 (1908), to give judges power to invalidate any legislation they found “irrational, unreasonable, or offensive.”

These dissenting justices recognized a tyranny of the judiciary to which the other justices were exposing the Court under the banner of the Ninth Amendment. Black and Stewart opposed it vehemently. The current efforts of political parties to pack the federal judiciary with partisan judges is evidence that political parties recognize a “tyranny” at their disposal. So perhaps Black and Stewart were correct, and the Ninth Amendment is a slippery slope to tyranny of the judiciary. On the other hand, Douglas’s zone of privacy has allowed the court to defend individuals from states’ infiltration into matters that citizens have found essential to their privacy. So, perhaps the Ninth Amendment is instead a saving grace from the tyranny of the state. Perhaps it is both. But while Griswold has become the foundation for many landmark cases, the Ninth Amendment has remained relatively dormant. So perhaps we have yet to know.

Founded by Harvard English PhDs, Cambridge Coaching takes great care to employ law school admissions coaches, like Zekariah, who are authors, editors, and writing teachers with unparalleled experience. A significant share our coaches are law school students and graduates of the most distinguished law schools, primarily Harvard and Columbia. Our service is a collaborative process, with students and coaches working closely together to craft the final application.

Excited at the thought of a career in law? Take a look at some of our related blog posts below!

April 6, 2022 How to break your LSAT score plateau
October 4, 2021 Another tool for Logical Reasoning: the “assumption” question
October 1, 2021 How to apply to 1L big law positions
September 17, 2021 How to write a diversity statement for law school admissions
September 16, 2021 How to read legal statutes like a lawyer
September 8, 2021 Using test day nervousness to your advantage
September 6, 2021 Don’t be dumb like me: use a hornbook
August 30, 2021 How to improve at LSAT Reading Comprehension
August 11, 2021 How to make a logical games shorthand work for you
August 6, 2021 If LSAT flaws were Hogwarts houses
See all
navigate_beforeEdit Filters closeClose
Clear Tags closeClose