Don’t forget: the LSAT is a performance-driven test 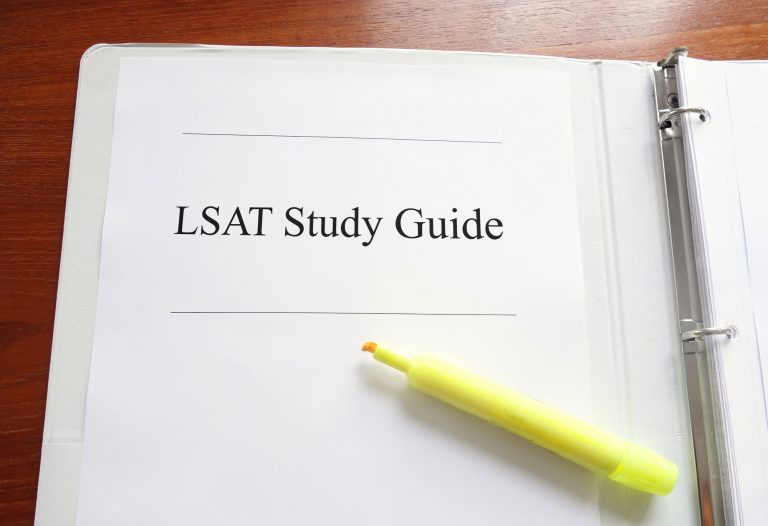 If you’re reading this blog post, chances are you’ve already begun studying for the LSAT or at the very least you’re thinking hard about it. For those of you in the first category, this post is for you. For those in the second, congratulations! You’re about to be let in on a very open secret about the LSAT that will set you up for success right out of the gate.

The LSAT is not designed to measure your skills in grammar, vocabulary, or math. It will not test your knowledge of economics, medicine, or history. It does one thing and one thing only, repetitively and obsessively. It tests your capacity for logical reasoning. For the new inductee into this mode of test-taking, it can be disorienting. The more hours you spend studying, the better you do, right?

It is very important - right from the start - that you understand that the LSAT is not about demonstrating knowledge but about applying a skill. All of the time and energy that you spend in preparation will only do you any good if it’s geared toward peak performance on test day. As a musician, I’m right at home with this concept. It was hammered into my brain from a very early age. I started playing the piano when I was six and spent seven years working on music performance full time on a collegiate level. From that experience, I can credibly tell you that cramming will not do it. In fact, you’re better off going in cold than spending the day before the test stressing out. On stage with the San Antonio Symphony, I put that strategy into practice more times than I care to admit.

Don’t get me wrong, you definitely should not try to take the LSAT cold.

But, there are a couple of core concepts that you can follow to maximize your ability to perform on test day:

There are a number of methods that I use to trick elementary and middle school trombone students into thinking practicing is fun, but we’re all adults here. There will be days when you just don’t want to do it. And frankly, aside from maybe Logic Games, working on analytical reasoning within the LSAT framework just isn’t going to be fun most of the time. Nonetheless, if you can convince yourself that you’re having a good time, or at least that you’re not miserable, you will perform better when you study, when you take practice tests, and when you take the official test.

Keep your mind fresh when you’re studying and taking practice tests. An old trope in performance-oriented music education that is widely applicable, but especially useful when studying for an execution-based test like the LSAT, is that you will perform to your habits. If your brain isn’t working right, stop working. Every time you execute a habitual behavior in a bad way, you’re going to have to do it right three times to make up for it. There’s a process when you’re answering LSAT questions. Don’t do bad reps.

If you simulate the conditions of actually taking the test when you’re taking practice tests, then you will be calmer, cooler, and more in-control on test day. It will be familiar. Mundane. Casual, even.

Certain steps may arise based on certain triggers, meaning this process can be conditional upon how you’re performing in a given problem (and it will be - especially with Logic Games). But, if you follow the same pattern every time, then when you get to test day you won’t waste a single second of your precious 35 minutes.

Finally, and most importantly, don’t cram.

Some people will prepare for a year, others for eight weeks. Your study and learning style will dictate your best path to your best outcome. Studying the day before will not improve your score. Maybe take a practice test the day before the test, maybe not. You’re not going to learn any new material, though. Make a study plan, make it realistic, build in some flexibility, and stick to it. Two or three hours a day - no more. Make sure you’re building good habits with every problem you approach. And never forget that you’re learning a skill. The best test-takers will at some point differentiate between sufficient and conditional assumptions, but they’re not parsing question types the day, the week, or likely even the month before they go to take the test. Get a good night’s sleep, make sure you know the route you’re going to take and where you’re going to park, eat a good breakfast, and listen to music that is comfortable and familiar on your way to the test site. Keep a clear head and trust yourself. You’ve got this.

October 4, 2021 Another tool for Logical Reasoning: the “assumption” question
October 1, 2021 How to apply to 1L big law positions
September 17, 2021 How to write a diversity statement for law school admissions
September 16, 2021 How to read legal statutes like a lawyer
September 8, 2021 Using test day nervousness to your advantage
September 6, 2021 Don’t be dumb like me: use a hornbook
August 30, 2021 How to improve at LSAT Reading Comprehension
August 25, 2021 Ask the right questions: how to know what you don't know you don't know
August 23, 2021 The finals crunch: a roadmap to working smarter, not harder
August 11, 2021 How to make a logical games shorthand work for you
See all
navigate_beforeEdit Filters closeClose
Clear Tags closeClose
© 2021 Cambridge Coaching, Inc. All rights reserved.