Excellent reasons for studying Latin have been given elsewhere on this blog: knowledge of the ancient language can boost your standardized test scores, enrich your understanding of European culture, and make you stand out in college admissions. As a long time Latin tutor in Boston, I’d like to add to these reasons two of my own.

Reason #1: Latin will make any language easier to learn

You’ve probably heard that Latin helps you acquire its modern descendents, the Romance languages. In fact, by enriching your understanding of grammar, Latin will help you learn any foreign language, not just those of the Romance family. Let me explain.It’s only reasonable that teachers give scant attention to Latin as a spoken language (although doing so can be fun and instructive), and instead, their assignments explicitly focus on Latin grammatical structures, or on translation. Latin students have no choice but to become well acquainted with hairy grammar topics like contrary to fact conditions, participial phrases, tense sequence, and the subjunctive mood.These concepts are often difficult at first, although if explained by a skilled teacher or Latin tutor they shouldn’t be overwhelming. Because many students now don’t study grammar at all in their middle and high school English curricula, and because modern language teachers emphasize the use of language in context, the Latin classroom is where students are most likely to get a rigorous introduction to grammar.

When you learn any language, even one unrelated to Latin, you encounter concepts like imperative and conditional verb forms, pronoun reference, subordinate clauses, and gerunds. (While unrelated languages show large differences in their grammatical structures, the same vocabulary, or at least a similar one, is used to describe those structures.) If you’re armed with an understanding of these terms through the study of Latin, then your language of choice will be less intimidating. (If you are having trouble, Cambridge Coaching offers Latin tutoring services in New York, Boston, and online that can help.)

For an English speaker who has never heard of grammatical case, the eighteen cases of Hungarian nouns would be a dizzying challenge and might even be reason enough to give up; a student with a solid grasp of Latin, used to declining nouns in six cases, would be less distressed. One approaching modern Hebrew would be less likely to agonize over the need to memorize the gender of nouns, and Latin’s flexible word order is an excellent preparation for the syntactic peculiarities of, say, German or Spanish.

It’s unsurprising that so many great polyglots have been superb Latinists. Leo Spitzer, one of the great humanistic scholars of the twentieth century, studied literature in over a dozen languages and published scholarship in five. But he claimed to know, aside from his native German, only one of them well: Latin. 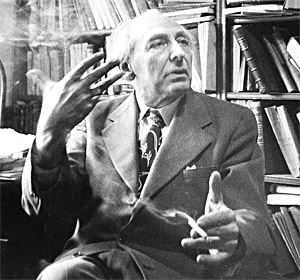 Reason #2: Knowledge of Latin grammar can improve your writing in English.

From middle school through freshman comp, phrases like “vague pronoun,” “dangling modifier,” and “mixed verb tense” refer to defects in expository writing. Students with grounding in Latin grasp these slips immediately, and are more likely to avoid them thereafter, because they’re familiar with the underlying grammatical issue. On the other hand, their peers with less knowledge of grammar struggle to identify the same pitfalls. In order to see why vague pronouns are a problem, you have to know what a pronoun is. Students who are used to making their Latin participles agree with their nouns perceive more quickly the error in sentences like “I saw my neighbor’s dog riding my bike yesterday.”

If you'd like support in making sense of your Latin assignments, we're here to help. Cambridge Coaching offers Latin tutoring services in New York and Boston in person, and anywhere else through Skype. We're happy to provide one-on-one Latin mentoring, and can help students at any level, from beginners to college students taking courses on Latin literature. The study of the classical world and its languages should be nothing less than exhilarating, but it’s important to recall that the benefits can be quite practical.