When I tutor my physics students, I want them to understand the fundamentals of the concept, not just how to plug in numbers into an equation. I wished when I was learning physics, my teachers drew upon real life applications more, things we already understand about the world to help us really get it.

I’m hoping that this example will appeal to all my fellow avid skiers out there.

When I was young and learning to ski I was terrified of chairlifts (I still am a bit). Dangling high up in the open air was scary. When the chairlift was full, when I was sitting on it with my entire family- everything seemed balanced, I was safely squished in there. But, if I was on the chairlift by myself, if I sat on one edge, the chairlift would tip heavily to that side. 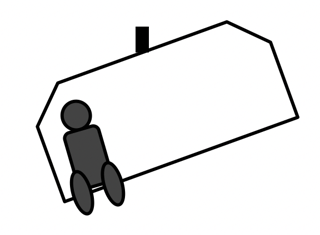 Or if it was me (a light child) sitting with my Dad (much heavier than a child), the chairlift would tip to his side.

I came to understand through years of riding the chairlift how I could keep the chairlift balanced. If I was alone, I should sit in the middle. If I was with my Dad, he could sit just slightly off center on one side, and I could sit all the way to one edge on the other side. This would allow the chairlift to stay horizontal. 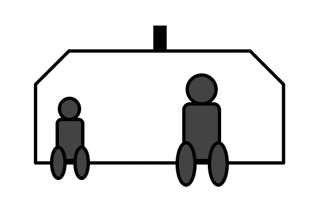 Have any of you noticed this when sitting on a chairlift with someone much lighter or heavier than you?

Here are some rules about sitting on a chairlift - think about if they make sense to you.

The MOMENT of a force is a measure of its tendency to cause a body to rotate about a specific point or axis.

When I sit on a chairlift, I am creating a moment that causes the chairlift to rotate around the pivot. 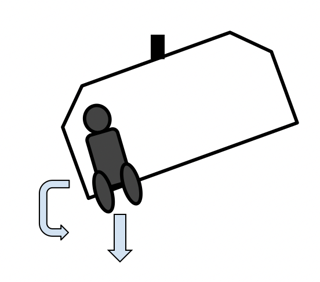 How do you calculate moment?

The moment is equal to the force applied multiplied by the distance away from the pivot:

First calculate the moment caused by the child:

NOTE: We can model the chairlift as a weightless beam

With the child sitting to the left of the pivot point which way does the chairlift tip?

She causes the chairlift to pivot counterclockwise.

In order for the chairlift to be in equilibrium the moment acting on the pivot from the Father must be equal and opposite to the child.

The child caused a -120 ft-lbs moment, therefore her father needs to create a +120ft-lbs moment.

WIth the Father sitting on the right side, he causes the chairlift to tip clockwise.

With the Father sitting 8” to the left of the pivot he creates a -120 ft-lbs moment around the pivot. An equal and opposite moment to the child’s. Therefore the chairlift is in equilibrium. 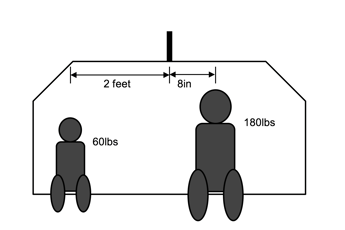 What other real life applications can you think of involving moments?

Physics can seem abstract and confusing when you’re drawing beams and free-body diagrams. But physics is everywhere. When you learn a new concept in physics, challenge your tutors to come up with real life examples and explain how the theory applies in practice!

Are you interested in connecting with a physics tutor in Cambridge and or New York?