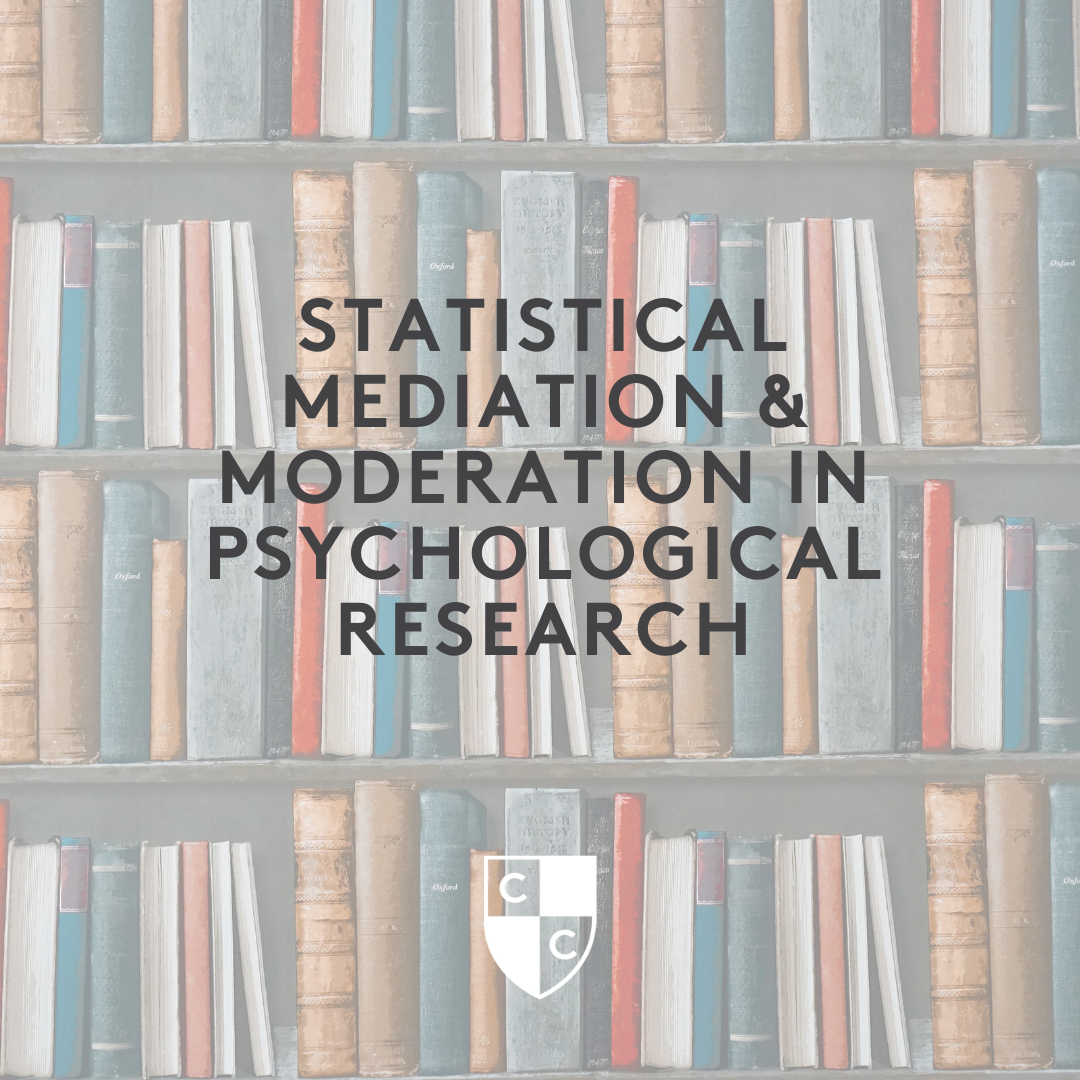 One of the most commonly identified challenges in statistics for psychology is differentiating between mediation and moderation. Fully understanding these concepts can seem overwhelming, but it doesn’t have to be that way! All concepts that seem tricky can be broken down into simple, comprehendible steps.

1.) What are independent and dependent variables?

Using the example in Step 1, it’s possible that a third variable might influence any identified relationship between treatment condition and symptoms of depression. For instance, it could be that participating in treatment A, on average, led to reductions in symptoms. However, it’s possible that this relationship is particularly strong for older patients, rather than younger patients. In this instance, the moderator is patient age because the relationship between the independent and dependent variables was influenced by patient age.

Again, using the example in Step 1, it’s possible that a third variable might explain the identified relationship between treatment condition and symptoms of depression. For instance, it could be that the effect of treatment A on depression symptoms is only present when patients completed their homework throughout therapy. In this instance, the mediator is whether or not the patients completed their therapy homework because the relationship between the independent and dependent variables was explained by patient homework completion.

Now you’re an expert on statistical moderation and mediation! To continue refining this skill, it’s helpful to practice identifying the independent, dependent, moderator and / or mediator variables in the academic articles that you might read in the future.

Read more about statistics and probability below!

May 4, 2022 Understanding the central limit theorem
December 1, 2021 What I love about psychology
December 4, 2020 Statistics is for everyone and it may be a career for you
December 2, 2020 Calculating flood risk using probability and statistics
August 24, 2020 Understanding a confusion matrix
June 30, 2020 Demystifying Stats for non-statisticians: P-Values
June 3, 2020 Introductory Statistics: Are my data normal?
November 27, 2019 3 essential tips for the MCAT Psychology/Sociology section
November 19, 2018 Why Understanding Statistics Matters More Than Ever
See all
navigate_beforeEdit Filters closeClose
Clear Tags closeClose