The limitations of the Electoral College 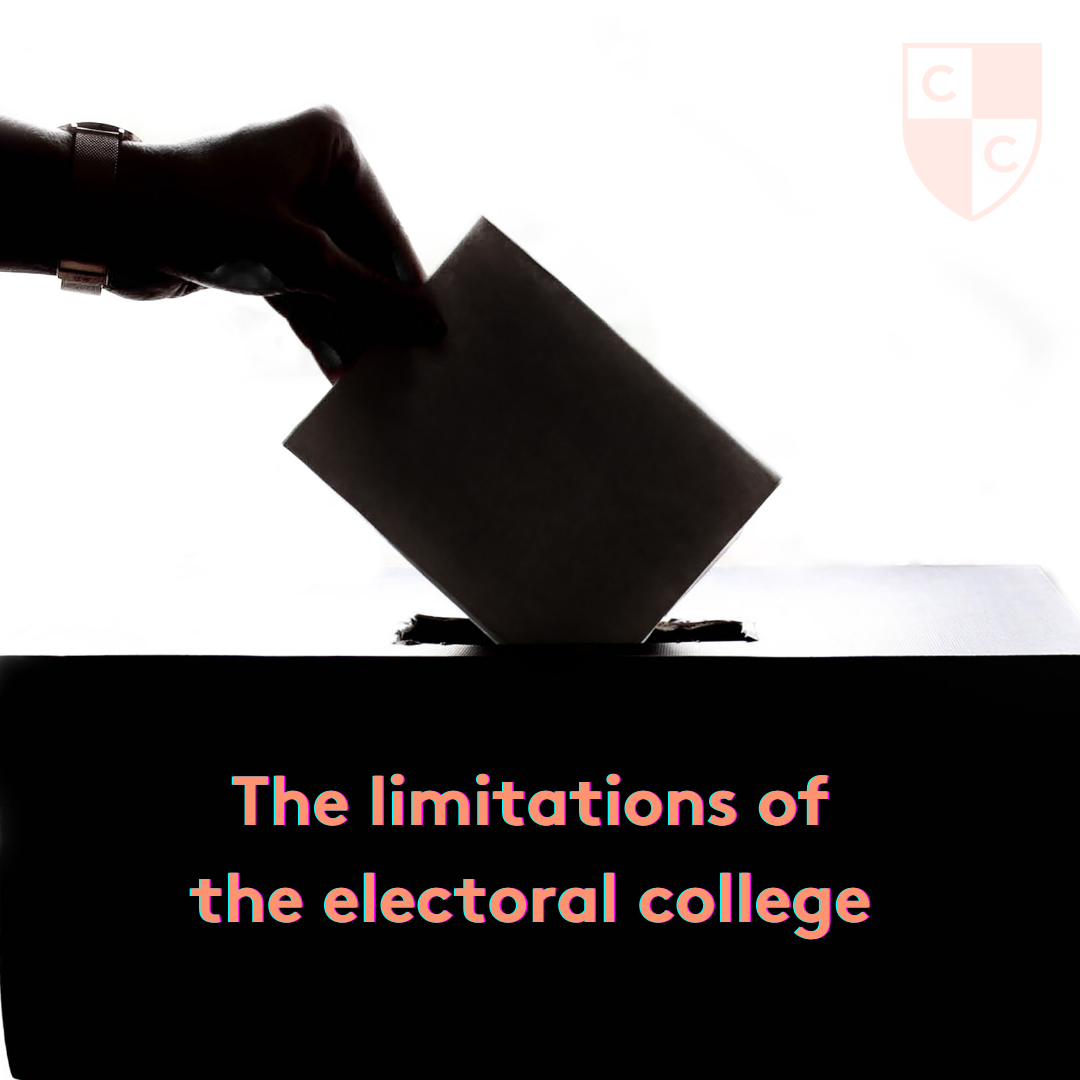 In my previous post I provided a quick explainer of the Electoral College (EC from here onward). In the wake of the 2020 election, the system was once again in the spotlight and, as is the case nearly every election cycle, subject of ample criticism. In this post, I will highlight the primary critiques of the EC and the implications of these limitations for democratic rights.

The primary critique of the EC is that it really isn’t democratic at all – an important charge worth understanding in depth. Critics point to two particular features of the EC that render it antidemocratic: first, the winner of the popular vote can and, as we witnessed in 2016, still lose the election if they fail to secure enough EC votes; secondly, the rules of the EC produce a handful of swing states that determine the outcome of the election and, by extension, dictate where candidates concentrate their time and funds. Critics suggest these dynamics limit the democratic rights of voters who don’t live in swing states.

Implications of a Winner-Take-All System

These limitations arise because the EC relies on a winner-take-all rule for allocating electoral votes. Under this rule, a candidate wins all of a state’s EC votes once they win a majority of votes cast, regardless of the margin of victory. For example, Biden wins all of Massachusetts’ electoral votes regardless of whether he won the state by 500 votes or 1 million votes. As a result, candidates have little incentive to campaign in states that reliably vote for their party or in states that consistently vote for the opposing party, instead focusing their attention on a handful of states that are more politically divided and could swing in either direction.

Similarly, Joe Biden could turn out hundreds of thousands of new voters in uncompetitive states like California, but the number of California’s EC votes in any given election year is fixed, meaning his popular vote margin increases, but he can’t secure more EC votes accordingly (EC votes are adjusted every 10 years following reapportionment of Congressional seats). This was the case in 2016, when Hillary Clinton won by huge margins in urban centers, but did not secure enough EC votes from swing states to win.

Critics argue that these dynamics effectively deprive millions of voters in uncompetitive states and urban voters in nearly all states equal political influence relative to voters in swing states like Michigan and Pennsylvania and voters in rural areas. Additionally, because rural areas are overrepresented in Congress (tiny, rural states and massive, populous states have the same number of Senators), rural overrepresentation is baked into the EC by design.

The antidemocratic features of the EC may be surprising, considering all state and federal elections other than the Presidential election are determined by a popular vote, and especially considering the assumed democratic foundations of our political system writ large. Find out more in my next post where I explore the origins of the Electoral College, highlighting how our nation’s institutions were founded on a narrow view of who is worthy of participation and inclusion in a democratic system.