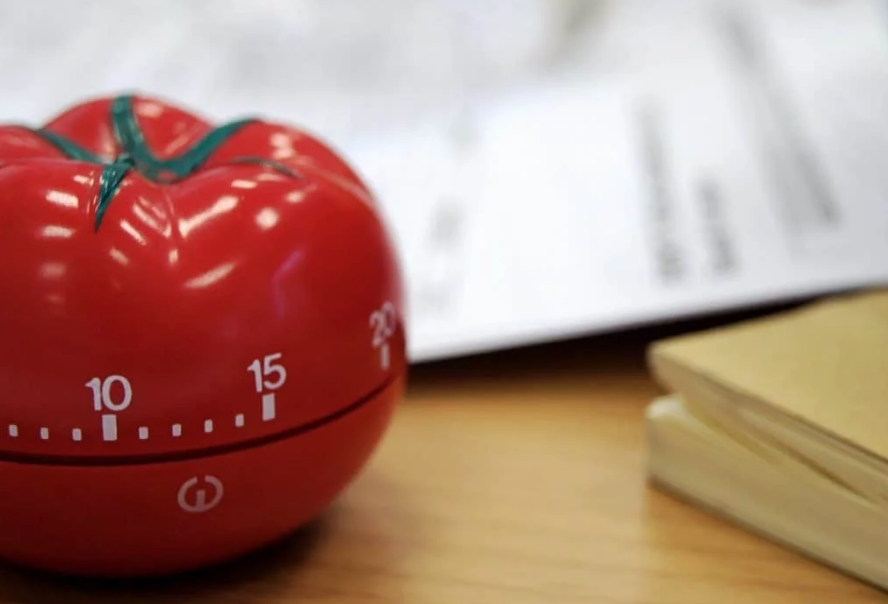 Maybe you have just begun studying for the GREs; maybe you’re about to write your personal statement for applications; maybe you have a set of formulas you need to memorize. Whatever it is you are setting out to begin, your relationship to that work and how it fits into your life isn't just a matter what it is you want to accomplish, but how you do it. You might spend Saturday in an anxious combination of studying for the GREs and checking primary results, Instagram, and researching the best [face masks/bluetooth stereo/indoor houseplants/techniques for combatting insomnia] OR spend Saturday morning studying in six pomodoro sessions and Saturday afternoon doing something fun with your friends. You’ve done the same amount of work, but the first option leaves you feeling stressed out and depressed, and the other option leaves you feeling accomplished and invigorated.

I discovered the Pomodoro Technique almost ten years ago, when I met some graduate students who swore that it was the reason that they were able to finish their dissertations in less time and with less stress. Since then, I’ve been using it for all sorts of tasks, from my creative work to how I manage my email inbox or went about writing this blog post.

Before I had a single word down for this post, I filled up my glass with water, checked my email one last time, closed my Internet browser, took a moment to decide how I’d begin (a combination of outlining and rough drafting whatever sentences came to mind) then set a timer for twenty-five minutes and began.

What exactly is the Pomodoro Technique?

The Pomodoro Technique is a time management method created by Francesco Cirillo, named after the tomato-shaped timer that he used as a student. The basic idea is to break down work into 25 minute periods, separated by breaks. The original technique has six steps.

What this boils down to is working for about two hours with short breaks mixed in, before taking a long break. There’s a lot more to the technique as Cirillo has developed it--such as breaking down a big project into smaller tasks or units (such as researching, outlining, drafting, and revising), tracking how long it takes you to do these tasks (such as learning that you write about one page per pomodoro), and from there, learn to estimate the time and effort it will take you to complete a project.

I actually cheat--or I’d like to say, diverge--from the Pomodoro Technique in a few ways. I don’t usually plan or track how I’ve spent a pomodoro. Because I have a back injury, my physical therapist recommends 20 minutes of seated work, followed by 7 minutes of movement, so that’s usually how I break down my pomodoro work sessions, and I’m not strict about when I take longer breaks. I also keep a Post-it by my computer or notebook where I jot down thoughts that come to mind that I might need to do after a pomodoro is over. That way, if I suddenly remember that I was supposed to schedule a phone call, or need to book that flight today, it won’t slip through my fingers, but rather than interrupt my work to do that task, I just make note of what it is I want or need to do, and do it during my break. But what I find so useful are the two most basic concepts of the Pomodoro Technique--the uninterrupted periods of work, and the short breaks that follow them. It sounds really simple, but it’s been a lifesaver.

Why does it work?

The importance of attention or “monotasking”

There are times when multitasking is useful or even the best way to approach many kinds of work. But for most academic work, monotasking is more efficient and leads to better, deeper work. With the appearance of email and phone notifications, we’re now conditioned to reacting to things that bid for our immediate attention, but those tiny interruptions actually have an enormous cost. According to this study it takes people an average of 64 seconds to recover from checking an email, which means that even if you don’t write a response, just taking that second to glance at that email saying that you’ve got a package coming or that your mobile check deposit has been received or that your professor has circulated that PDF costs you a lot more. And even after you’ve more or less gotten back on track, according to another University of Irvine study, for every interruption, it can take over twenty minutes to return to the deepest attention state.

You don’t get burnt out

As important as uninterrupted attention is, there’s also a limit to how much deep work we can do before we’re asking to work less efficiently or productively. At some point, pushing forward doesn’t pay off. Here’s an article that explains how taking breaks is better for your physical and emotional health, restores decision fatigue, and helps with memory learning among other things. The person who spends four hours at the library, sprinkling in breaks between their deep work sessions gets just as much done as the person who tries to study for four hours straight, feeling burnt out.

When you separate the anxiety you feel about the work from the process of working itself, it can become less daunting.

Years of doing deep, analytical writing have taught me that the moment that I want to break off from writing is the moment when I am most frustrated when I’m working at the best of my abilities, but I feel like I’ve reached a wall. But when I turn around then, try to get relief from my frustration by opening that browser tab, or standing up to walk to the kitchen to take that multivitamin, I lose the momentum I’ve created, and when I return, I often don’t regain my train of thought for a while. If instead I just acknowledge the frustration I’m feeling, and allow myself to sit through the discomfort of not quite getting something, more often than not, that becomes the exact moment when I break through.

And if you find yourself procrastinating or avoiding starting something because you know how challenging it will be, just start by committing to those 25 (or 20) minutes. You don’t have to write the entire essay or solve the entire set of problems at once. All you have to do is commit to spending the amount of time it takes to watch one episode of a sitcom working towards that goal. That’s it. And just as bingeing an entire season of whatever in one night can happen because you keep letting yourself watch “just one more,” your goal can be accomplished before you know it, if you keep telling yourself “just one more.”

It doesn’t take much. I like to make a little timetable at the bottom of whatever essay I’m writing. I set my iPhone for 20 or 25 minutes, and when I start, I record the time that that Pomodoro will be over. That way I don’t forget to record a pomodoro or accidentally record a pomodoro twice. 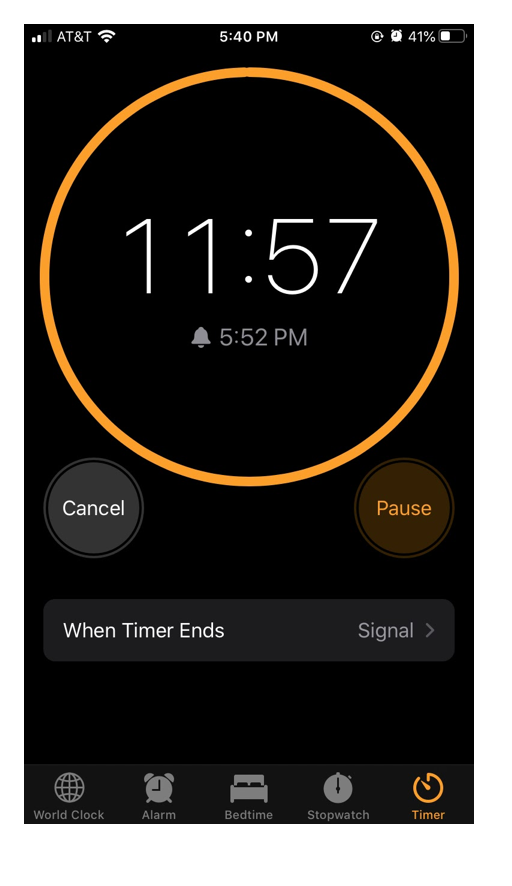 
I’ve also heard that there’s an App called Forest that tracks pomodoros as trees, and that as you accrue “trees,” to make a forest, they will plant a real tree. I haven’t ever used it, but maybe I will download it during my next break.

Like most things, the more you do it, the easier it becomes. When I first started doing pomodoros, it was after I’d developed a frequent email checking habit at work, and it could be a challenge to make it through the twenty-five minute sessions, but as I continued to work on it, I rediscovered the pleasure of relaxing into deep, challenging work. So if you’re reading this post because you’re putting off a challenging study task, I recommend you just start a timer and begin.

October 20, 2021 How to write a personal statement if you’re changing fields
September 14, 2021 So you want to be an engineer...but don’t have a degree in engineering
August 25, 2021 Ask the right questions: how to know what you don't know you don't know
August 23, 2021 The finals crunch: a roadmap to working smarter, not harder
July 28, 2021 How to write a personal statement for doctoral/masters programs in the arts and sciences
July 21, 2021 The art and nuance of networking
July 14, 2021 The draft-drain-refine approach for personal statements (and other writing)
May 31, 2021 How to remember what you read
May 28, 2021 Advice for international students pursuing an MBA in the US
May 21, 2021 How to determine the optimal price of a product as a monopolist
See all
navigate_beforeEdit Filters closeClose
Clear Tags closeClose
© 2021 Cambridge Coaching, Inc. All rights reserved.